Ann wrote:But where were they now? The universe around them seemed unfamiliar... 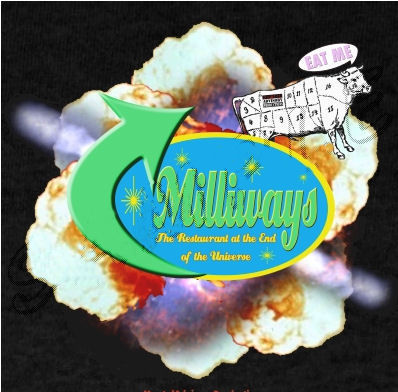 Playboy/Thomas Tenery
"FOOD!!!" everyone shouted as one person. "We want food!"

So everyone rushed happily from Starship Asterisk* and got themselves nice tables at the Restaurant at the End of the Universe. This restaurant was Beyond's special favorite hangout place.

Everyone hooted with joy at the mention of all these space delicacies, everyone except Margarita. She worried that several of these popular foodstuffs might be dangerous to the Asternauts' health. But what could she do to stop them...?

Piping in from Sick Bay....Boomer12k said.

ARRRRRRGHH! Sooooo not having a good trip at the moment...lovely scenery though! But the wormhole gave me gas...

After everyone had finished eating, they sat back to listen to the entertainment of the place.

"I thought he was dead," said Moonlady.

"He looks so young," said Orin Stepanek, who remembered the different ages of Elvis very well. "He must be a fake!"

"Not necessarily," said bystander. "I remember from the Original The Restaurant at the End of the Universe by Douglas Adams that a person was spending a year dead at this restaurant for tax reasons. It would appear that people can be dead and then return to life in this particular restaurant, which is not completely a part of the universe as we know it. Perhaps whoever resurrected Elvis chose to bring him back from the period when he had most energy and looked his best."

Elvis now started to sing. He first sang "Love me tender". All the Asterisk* ladies were mesmerized by his song. The King then went on to an up-tempo version of "Blue Suede Shoes". All the Asterisk* men started rocking and digging, and Ann tried to sneak up to Elvis to check if he really wore blue suede shoes, and if he did, maybe steal them from him.

"Wonder what he thinks about the universe as we know it," mused owlice.

"You mean the antigravity stuff?" asked Beyond.

"The proper term is dark energy," corrected Chris. "But this has given me an idea. Let's all go up to Einstein and talk to him. Where's Neufer?"

"He said he had to talk Shakespeare with him."

"Well, go get him," said Chris. "I mean Neufer, not Devere. We all need to be here for the experiment I want to carry out."

Chris led them up to Albert Einstein. "Excuse me, Sir, may we speak to you?" asked Chris. Einstein looked up, confused.

"I think I read that they sliced up his brain after his death and sent the slices this way and that," said geckzilla. "Maybe he didn't get all his slices back. He looks kind of confused."

"That doesn't sound like very good German," noted Rob Stevenson. "Surely a German-speaking person wouldn't use the word "Sir" when addressing a gentleman in German?"

"It's Ann's fault", said Moonlady. "She made me speak Google Translate."

Meanwhile, Chris put out his right hand in Einstein's direction, inviting Einstein to take it.

Suddenly, there was a tremendous amazing light, a deafening yet soundless bang, the kind of tremors that would uproot universes with their, eh, roots and the most overwhelming fireworks show you couldn't imagine in your wildest dreams. All the asternauts fainted. But before they fainted, they could feel themselves being spat out from the Restaurant at the End of the Universe, and they could feel the Restaurant both closing and expanding at the same time.

"What happened?" said Margarita, when she had come to.

"It was the interface," said Chris.

"I figured that if us living human asternauts, bringing with us the charges and physical laws of the universe we come from, were to touch the dead, resurrected Albert Einstein here in this universe that is not truly a part of us, the tension at the interface between our two universes might be such that we were forcefully propelled back to our own universe."

"You mean that our universe and Albert's repelled each other like a pair of protons?" asked Boomer12k.

"Well, not exactly," said Chris. "But the analogy will have to do."

"We are back," said Rob Stevenson. "That's the Earth below us. Looks like we are at more or less the same height as the ISS. Imagine that. I've always wanted to orbit the Earth in the ISS."

"Look Rob, I can see Canada," said Margarita. ""And I wonder, is that Tenerife?"

"So how do we get back down to Earth?" asked emc, who was chomping at the bit.

"But what happened to the Restaurant at the End of the Universe?" asked Ann.

"Well, the Restaurant was always balancing on the edge of becoming its own universe," replied Chris. "I think we have injected the extra energy needed for the Restaurant to become a self-contained, probably expanding universe. There will be more tables at the restaurant and more guests."

"I'm afraid not," said Chris. "The restaurant is sailing its own course through a larger meta-cosmos, from which we are all excluded. We are all of us locked inside our own local universes."

"Look, there's a really long ladder outside," said Boomer12k. "I think someone wants us to come down." 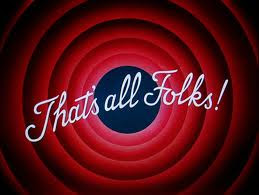 Just stay away from this guy unless Bugs is there to give him the runaround! 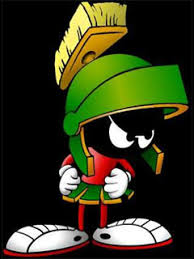 Careful, we don't wand any Malice in Beyonderland
Top

Careful, we don't wand any Malice in Beyonderland

Hold on... doesn't Malice deal with the -Behind the looking glass land-

That's a long way from Beyonder Land.
To find the Truth, you must go Beyond.
Top


The crew takes off and everyone is in their vacation.
Beyond is bored to no end. Two weeks ago he was a part of this wonderful crew traveling through space
and had a lot of fun, he admids himself that he is missing his roomy Chris.

This isnt the end, is it?! he thinks.

He starts to sing along to :


He is so bored that he even cleans his windows, floor and dusts everything at home, when he looks up to the beautiful blue sky. And the telephone rings.

APOD ground control " We got a new mission, you wanna go again?!"

Beyond holds in one hand his bag and in the other hand his Beyonderland-teddy bear and is on his way.

Neufer, Boomer, emc, Margarita and her cat, bmaone, Moonlady, starsurfer in his aloha shirt, Chris, Geckzilla, Ann, Rob with a big box of donuts, Orin with his pots of
growing flowers for his windowsill in the Starship, are sitting in a meeting room

Owlice shows with a laser pointer to a screen

"Ladies and gentlemen, this here is your new uniform, it comes in 'one size fits all', a polyester stretch quality and is available in pink, light-pink,
pink with glitters, green, black, black with lace, blue and dark red, you can choose which color you like for your jumpsuits!"

Screen changes to another picture, a bright dot in a black background.

Owlice "Our incredible ground crew found an anomaly, it's far far away, its nothing big, the size is similar to a tennis ball or smaller, but
we should check it anyway, better safe than sorry!"

Bystander comes in with a pack of papers and gives everyone a sheet.

"Here is your printed instructions, I made cartoons, so it doesnt bore you!"
Owlice "We meet at the bridge! Dismissed!"

Everyone is now talking about the possibilities of this anomaly. Words like comet, planetoid, star, bright wormhole even round cheese echo in the room.

Will they find out what this anomaly is? And more important, will Rob share his donuts?

To be continued...
Top

So in this Asternaut Universe, I got over my cold quicker, or was it a healing energy from the shock of touching Einstein???? Are healing photons released as a reaction?

Wow....did not know Relativity could have Medical implications!!! But now that we are back in our own universe, and off to another adventure, (hopefully we don't forget to pack Robbie, and Tobor for back up pilots this time), MY COOD DIS BWACK!!!! AAAAAAAHHHHHHH CHHHHHHOOOOOO!!!!!! (and I just sneezed for real as I write this).

"I have made you camomile tea, it's better than icecream, you shouldnt eat icecream when you are having a cold!"

Moonlady turns back to the bridge.

"Owlice, isnt it strange that Boomer is suddenly ill again?! I think he is feigning!"

Owlice "Mmmh we should keep an eye on him!"

Geckzilla turns the observation cam for the medical deck on, they cant believe their eyes!

TNT went visiting Boomer. He and Boomer are jumping and singing to TNTs favourite music:

Ann "He is singing, he is dancing, he is healthy!"

Bystander "He will not get away with this so easily!"

Beyond goes to get him to the bridge

"Dude, they saw you singing , you are so in trouble!"

Boomer "They did what? How?"

Beyond points to the ceiling where a small hidden cam is

"Big brother is watching us, you know!"

Boomer "Well, but the song was good, wasnt it?!"