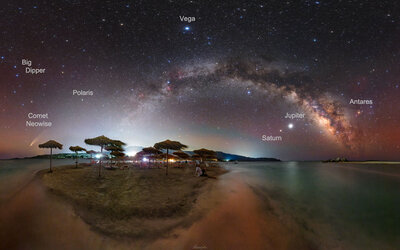 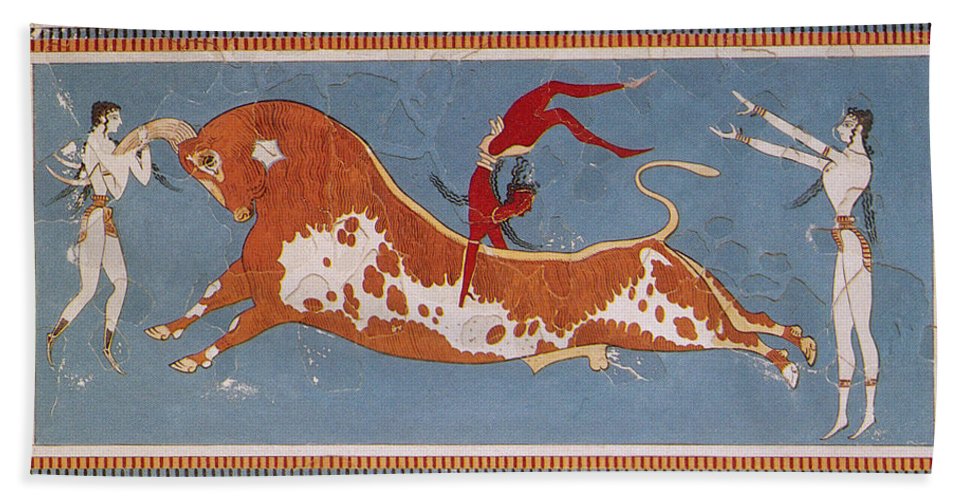 
<<The Bull-Leaping Fresco, as it has come to be called, is the most completely restored of several stucco panels originally sited on the upper-story portion of the east wall of the palace at Knossos in Crete.

This type of cattle motif is shown on the stucco fresco in the North Entrance of the palace. Additionally, Jordan Wolfe, of Furman University, explains how the act of bull-leaping is especially significant to Minoan culture because it highlights man's dubious mastery of nature.

Evans noted the survival of bull sports into classical times; for example, the taurokathapsia of Thessaly. The word means "laying hold of the bull," which in modern times is sometimes used for dabing of the Taureador Fresco. Evans did not use it in that way.

Modern attempts to recreate the leaping on modern cattle have resulted only in a number of deaths. In short, the bull is too fast, too powerful and too aggressive to allow seizure of the horns, much less the use of the energy of the neck toss for acrobatics. Moreover, that toss is a hook to the side, not a neat backward boost. The bull attempts to skewer the human with one horn, without a view toward the style of the frescos. It is possible to leap over small bulls without touching them, even as they charge, and such spectacles still practiced in France may be the ultimate source of the icon. A stationary bull might be touched or pushed on the way over, but pressing on a bull in motion would have the same effect as being sideswiped by a speeding vehicle; that is, tumbling out of control.>>