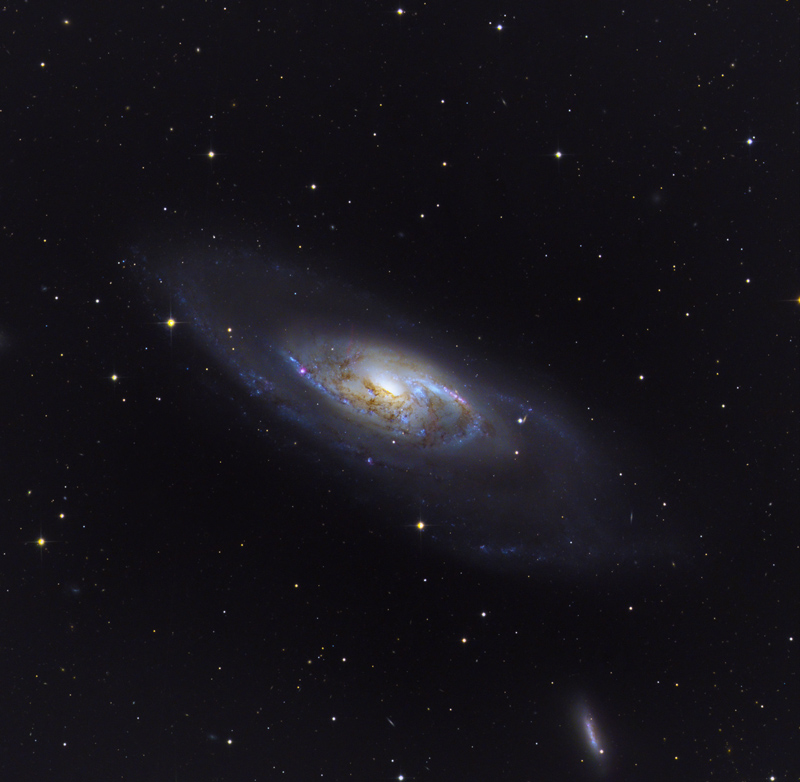 Saturn imaged from the 14th, 15th of June with its Serpent storm still going strong and stirring materials from down under the surface. Will it be there on its next apparition? time will tell but its scarring will surely be there. The moon Dione could be seen at the southern pole region (Bottom Right image of the Limb) from the 15th. An Animation of three days of observations from June 14th, 15th, 16th. 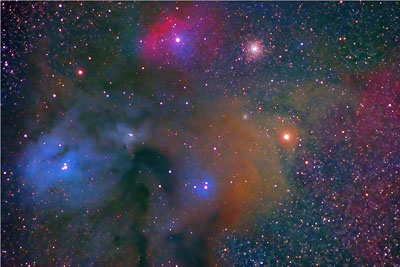 Click on the image to see a higher-resolution version with more information. Local Galaxies Colors
Copyright: Jorge Sanchez Almeida
[attachment=2]plot_uv_template5.jpg[/attachment]
In a color code that tries to mimic the human visual sensitivity, the image shows all the types of spectra found among local galaxies. The types have been obtained after the automated classification of all the galaxies with spectra in SDSS/DR7 (2010ApJ...714..487S; the ASK classification). The spectra of some 1 million galaxies can be grouped in only 28 classes (17 of them containing 99% of the galaxies). The image shows all spectral classes, ordered and labeled according to their blue colors, from the reddest (ASK 0, at the bottom), to the bluest (ASK 27, on top). One finds 'retired galaxies' where the star-formation ceased long ago (ASK 0, 2 and 3), galaxies actively forming stars (ASK 9 and larger), as well as transition galaxies in the so-called 'green valley' (ASK 5). There are also types for star-forming galaxies strongly reddened by dust extinction (ASK 1 and 4), and Active Galactic Nuclei (AGN; ASK 6, 7 and 8). The intense emission at some 6600 A corresponds to Halpha, which usually is a signature of starformation or AGN activity. In retired galaxies, however, it comes from hot low-mass evolved stars (2011MNRAS.413.1687C). The spectra are normalized to the intensity in the g-filter (at some 5000 A), so that the dark stripes reveal spectra with strong emission lines and little continuum. The wavelength scale is given in A.
~ Jorge Sanchez Almeida

Star Trails over TÜBİTAK National Observatory
Copyright: M. Raşid Tuğral
[attachment=0]startrailstug2jpg.jpg[/attachment]
You do not have the required permissions to view the files attached to this post.
A closed mouth gathers no foot.
Top

NGC6992: Veil Nebula
Copyright: Daniel Meek
[attachment=0]NGC6992.JPG[/attachment]
You do not have the required permissions to view the files attached to this post.
A closed mouth gathers no foot.
Top

After the Eclipse
Copyright: Tunç Tezel
[attachment=4]GoremeUchisar.jpg[/attachment]
After the total Lunar eclipse ended, the light came back to the scenery. I took this picture with the light of partially eclipsed Moon. In this view of the southwest, the village of Uchisar takes center stage with its citadel of tuff rocks. Directly above, the constellations of Libra and Virgo can be seen. Spica and Saturn are equally high above the horizon. Saturn and binary star Porrima (Gamma Virginis) are separated by just 1/4 degrees of sky.
[attachment=5]GoremeMoonlight.jpg[/attachment]
This wide panorama shows the geologic formations of the national park in a different light, that of the uneclipsed full Moon. The valley leading down to Göreme was carved out of volcanic tuff, producing the famous fairy chimneys this site. To the right (due east), one of the volcanoes that helped create this landscape can be seen in the distance. This is Mt. Erciyes, a stratovolcano rising as much as 3916 meters. Rosette Nebula
Copyright: Taha Vega
[attachment=3]rosette-s.jpg[/attachment]

Anticrepuscular Rays Over Garching bei Muenchen
Copyright: Jaydeep Belapure
[attachment=0]image5.jpg[/attachment]
You do not have the required permissions to view the files attached to this post.
A closed mouth gathers no foot.
Top

NGC 3521: Spiral Galaxy toward Leo
http://kerschhuber.astronomie.at/galeri ... 21_a2.html
Copyright: Günter Kerschhuber
[attachment=0]20110304-ngc3521gx.jpg[/attachment]
You do not have the required permissions to view the files attached to this post.
A closed mouth gathers no foot.
Top

Green Flash over Paris
Copyright: Bertrand Kulik
[attachment=0]croap.jpg[/attachment]
You do not have the required permissions to view the files attached to this post.
A closed mouth gathers no foot.
Top

http://asterisk.apod.com/viewtopic.php?f=31&t=24247
Know the quiet place within your heart and touch the rainbow of possibility; be
alive to the gentle breeze of communication, and please stop being such a jerk. — Garrison Keillor
Top

Solstice Sun Dots Meade's Pyramid
http://www.flickr.com/photos/sagansapie ... otostream/
Copyright: Josh Harding
[attachment=0]pyramid.jpg[/attachment]
You do not have the required permissions to view the files attached to this post.
A closed mouth gathers no foot.
Top 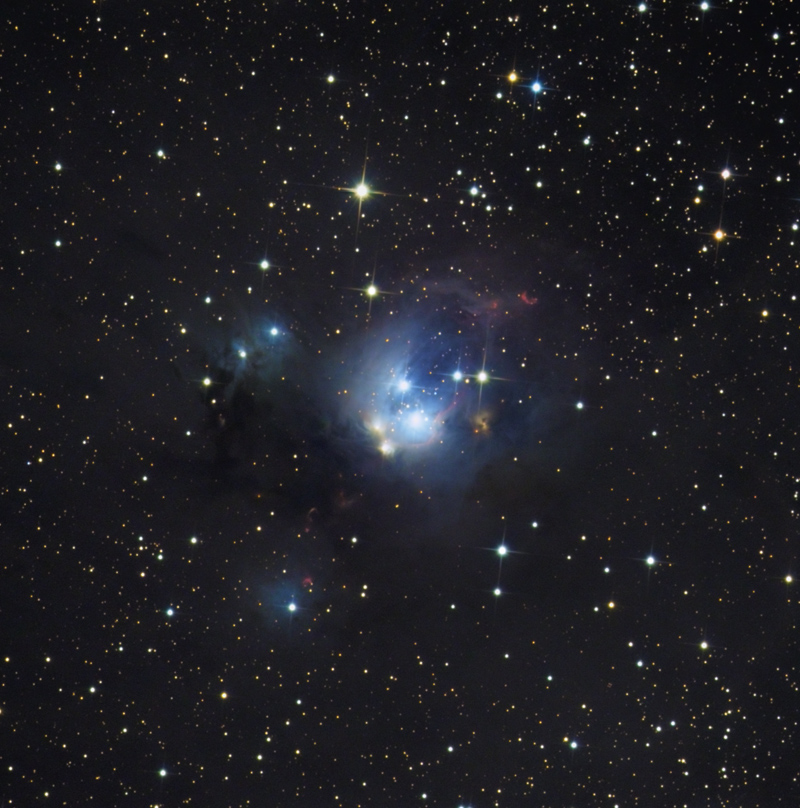 There are many great images here!

There is an unusual number of fascinating atmospheric phenomena. There are no less than four circumhorizon arcs - or perhaps just two, since both got to pose for the camera twice - but the four images all look great!

And the anticrepuscular rays over Garching bei Muenchen lok fantastic! The amazing airglow over those very ordinary houses makes the entire picture look like the perhaps ominous opening shot of a movie. I want to see that movie, please!

I love David Griggs' ISS and Big Dipper image, too. It is so dark that at first you think that there is nothing there - and then youtake a better look, and an amazing conjunction is there. Another good thing is that this image pays respect to the actual faintness of the stars, certainly when they are observed from a light-polluted site.

There are several galaxy images here, all very beautiful. Let me take this opportunity to recommend Adam Block's galaxy site, where he recently posted his image of NGC 5448, and where you can see some really brilliant images of well-known and not so well-known galaxies!