Strengths of the various contributions were driven partly by aesthetics but mostly to emphasise structure. Thanks to the Hubble Legacy Archive for providing the data to play with.

Beautiful sunrise over a frozen lake in Northeast Ohio. The sun was just peaking over the horizon lighting the clouds & contrails and reflecting off the lake's ice. The trees are silhouetted by the red hue of the sunlight.
Photo taken by James Fitzgerald (Jim) 1/16/2011 @ 8:03 AM. Sunrise was 7:49 AM.
© 2012 James Fitzgerald — at Northeast Ohio.
Top

Preparing my 15 ' of Venus's transit for the Sun in Oropesa del Mar, Spain. Clouds, clouds, clouds... (
Equivalent to 1280mm.
You do not have the required permissions to view the files attached to this post.
Top

Thanks for viewing!
Top

_MG_4882-Panoramak.jpg
shadowa.jpg
Belt of Venus and Earth's Shadow as seen from TÜBİTAK National Observatory at 2500m peak of Bakırlıtepe in Antalya, Turkiye.
You do not have the required permissions to view the files attached to this post.
The Moon is set,
And the Pleiades.
Night's half gone,
Time's passing.
I sleep alone now. ”

The sky has been a busy place these past few weeks!

It was amazing to have a solar eclipse and a venus transit just over two weeks apart. Since I photographed both events from the same location, I thought it would be interesting to superimpose the two images to visualize the motion of the path of the sun over those 16 days.
http://www.abe-n-doren.com/private/ecli ... nsit-2012/ 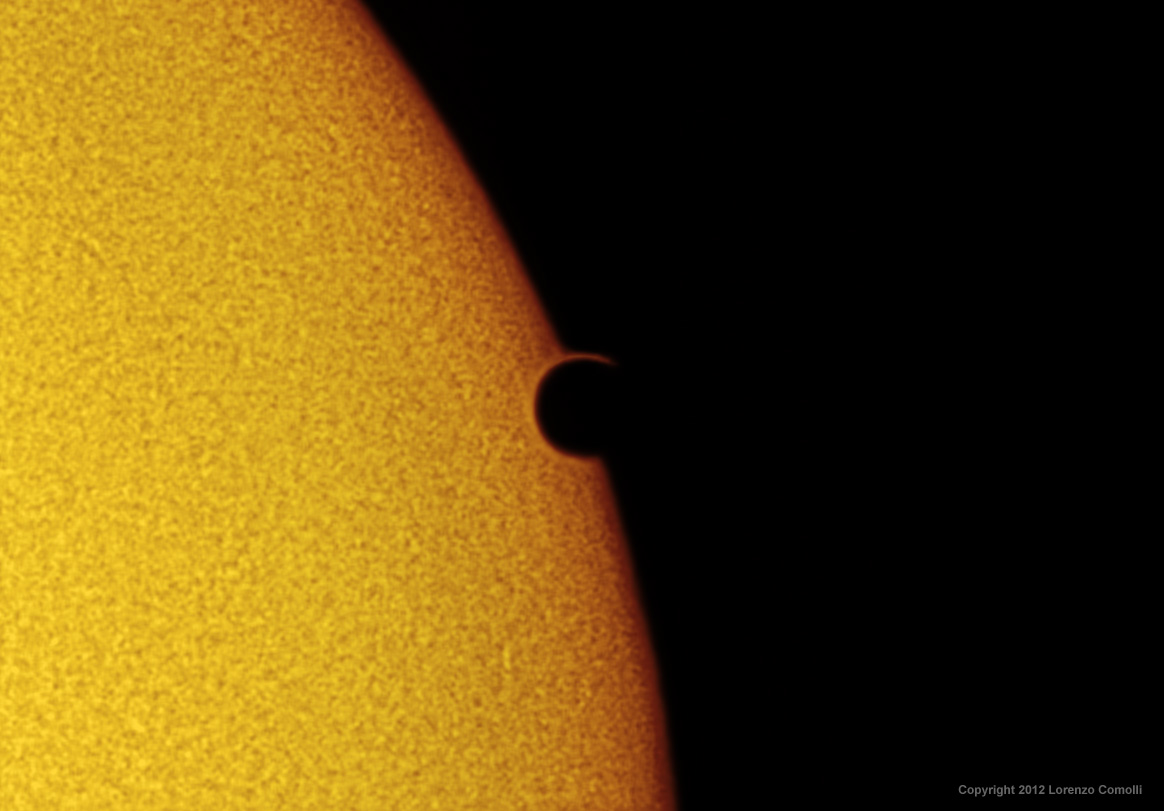 Orbiting the Sombrero galaxy is one of the largest known populations of globular clusters, containing up to 1900 members. In comparison our own Milky Way galaxy has only around 150-200 such clusters.
Highlighted in this image are 136 of the Sombrero's brightest globulars, ranging in magnitudes from 17.5 to 22+. Some of these globulars are very large and one is classified as a separate Ultra Compact Dwarf galaxy, SUCD1, the closest known example of such an object. It is not known how the Sombrero amassed such a large number of globular clusters. This is normally a more typical feature of large elliptical galaxies. For example up to 12,000 globular clusters are orbiting the giant elliptical galaxy Messier 87.
In the background numerous distant galaxies can be seen, many of them clumped together in groups. Also, what appears to be a faint tidal tail of the Sombrero is visible near the middle of the bottom edge of the image (between globulars #82 and #99). This is likely an ancient remnant trail of a captured dwarf galaxy.

Link to annotated full resolution image (1MB) is here: http://www.pbase.com/rolfolsen/image/143968106/original
(Including list with details of all 136 globulars)
www.rolfolsenastrophotography.com
Top

How many Galaxies you can count ?
http://www.SkyandPhoto.com
Copyright: Rafael Rodriguez

Another one.
You do not have the required permissions to view the files attached to this post.
The Moon is set,
And the Pleiades.
Night's half gone,
Time's passing.
I sleep alone now. ”

Summertime (in the Northern Hemisphere) approaches ! It is the best season to enjoy the night sky and our wonderful galaxy !

Milky Way above the moais in Rapa Nui (Chile):

Thank you for looking...
Top This image shows the heavily obscured globular cluster Terzan 9 in Sagittarius. Terzan 9 lies within the Milky Way's central bulge at a distance of 23,000 light years. The cluster is significantly reddened and heavily obscured by the massive interstellar dust clouds in the direction of the Milky Way centre. A solid dark dust lane nearly covers the cluster but still its faint combined glow of thousands of stars reach us from a place near the galactic centre.
Also visible in the upper right corner is the small bright blue planetary nebula IC4653 at a distance of 10,500 light years. A little below IC4653 another tiny purple planetary nebula is seen; ESO 521-14 which at 27,000 light years lies much further away than even Terzan 9.
www.rolfolsenastrophotography.com
Top

After the successful soccer game Germany vs Netherlands I recognozed some bright clouds in the north. So I started to take photos with a lake in the front (Einfeler See, Neumünster, Germany).

http://www.sternwarte-nms.de
You do not have the required permissions to view the files attached to this post.
Last edited by owlice on Fri Jun 15, 2012 4:42 am, edited 3 times in total.
Reason: Attached smaller image for faster downloading; left link to larger image. Thanks for sharing!
Top

[attachment=0]rod.jpg[/attachment]
http://cs.astronomy.com/cfs-file.ashx/_ ... ommier.jpg
You do not have the required permissions to view the files attached to this post.
Last edited by owlice on Fri Jun 15, 2012 4:42 am, edited 1 time in total.
Reason: Attached smaller image for faster downloading; left link to larger image. Thanks for sharing!
Top 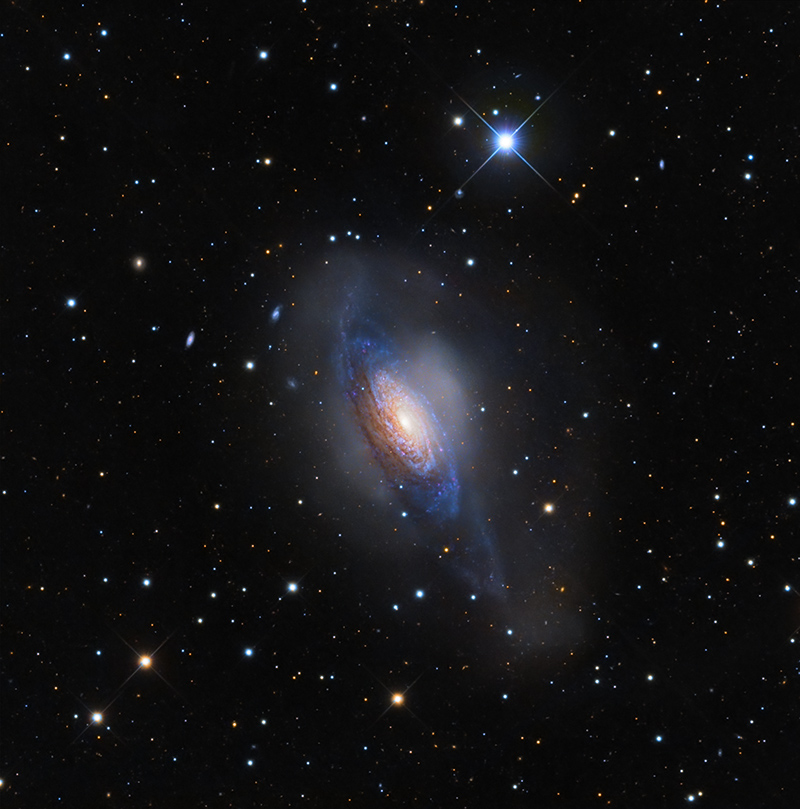 The McMath-Pierce solar telescope is the world's largest solar telescope, and the world's largest unobstructed-aperture optical telescope with a diameter of 1.6 meters. Permanent instruments include a dual grating spectrograph capable of extended wavelength coverage (0.3-12 microns), a 1-meter Fourier Transform Spectrometer for both solar and laboratory analysis, and a high-dispersion stellar spectrometer.

Blazing brightly in the southern sky, the supergiant binary Alpha Centauri is the host of an expansive starscape sprinkled with numerous deep sky objects in this telescopic view. The most visually striking of its retinue of glittering jewels is the exotic and unique planetary nebula Hen 2-111, which is one of 468 planetary nebulae that were catalogued by Karl Henize in 1967. The main central part of Hen 2-111 is a bright peanut shaped core that measures only 29 x 15 arcseconds. However, its most visually striking aspect is a faint giant ionized halo that spans 10 x 5 arcminutes! This extreme structure was discovered by B. Louise Webster in 1978 in deep photographic plates taken with the (at the time) Anglo-Australian Observatory. Also barely visible in the glare of Alpha Centauri is a round broken roughly circular shell, which can be seen to the north of the halfway point between Alpha Centauri and Hen 2-111. This is the supernova remnant G315.4-0.3, which was discovered in a radio continuum survey by Anne Green in 1974 and identified as a supernova remnant in 1975. However, its extremely dim optical shell was discovered recently in 2011 in a search for new supernova remnants in SuperCOSMOS Ha Survey (SHS) images by Milorad Stupar and Quentin Parker.
Top

Star Trails over Arches National Park
http://www.flickr.com/photos/bads_photo ... hotostream
Copyright: Bret Dahl
[attachment=0]Star_Trails_Over_Arch_Dahl.jpg[/attachment]
You do not have the required permissions to view the files attached to this post.
A closed mouth gathers no foot.
Top

NGC6726
Copyright:Wolfgang Promper
[attachment=0]wolfgang.jpg[/attachment]
http://www.astro-pics.com/6726plm.jpg
http://www.astro-pics.com/6726plm.htm
You do not have the required permissions to view the files attached to this post.
Last edited by owlice on Fri Jun 15, 2012 11:49 am, edited 1 time in total.
Reason: Attached smaller image for faster downloading; left link to larger image. Please keep images under 400K, whether hotlinked or attached. Thanks for sharing!
Top
147 posts