Happy New Year to all !!

NGC 104, better known as 47 Tucanae, is the second largest and second brightest globular cluster in the sky, outshone only by another southern globular, Omega Centauri (NGC 5139). As its name "47 Tucanae" indicates, this object was first catalogued as a star and numbered the 47th in Tucana. Becasue it is situated so much south at declination of -72 deg, it was not discovered as a deepsky object before 1751, when Nicolas Louis Lacaille catalogued it in his list of southern objects. Next to observe and catalog it were James Dunlop in 1826, and John Herschel in 1834.

Image in higher resolution at
http://www.baskies.com.ar

Sergio
You do not have the required permissions to view the files attached to this post.
Top

Solargraph of the coronagraph 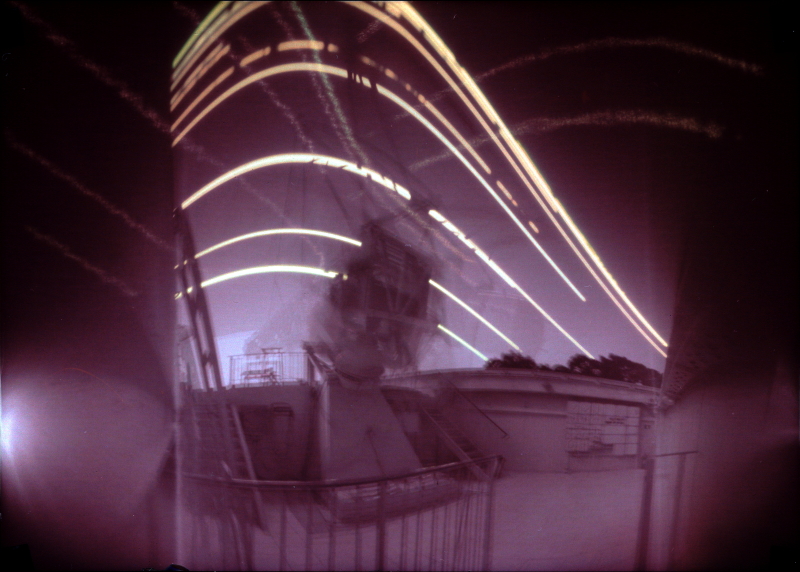 Solargraph of the Large Coronagraph in the Astronomical Observatory in Białków (Poland). Exposition time was equal 5 months (19.07. - 25.12.2012). The picture was taken from the inside of the dome. Each line represents solar motion in the sky during one day. The dome was opened during good weather conditions only hence there are continuous lines only (in contrary to the next picture). There was about 14 observing days in this period. Transparent image of the coronagraph in parking position is visible. 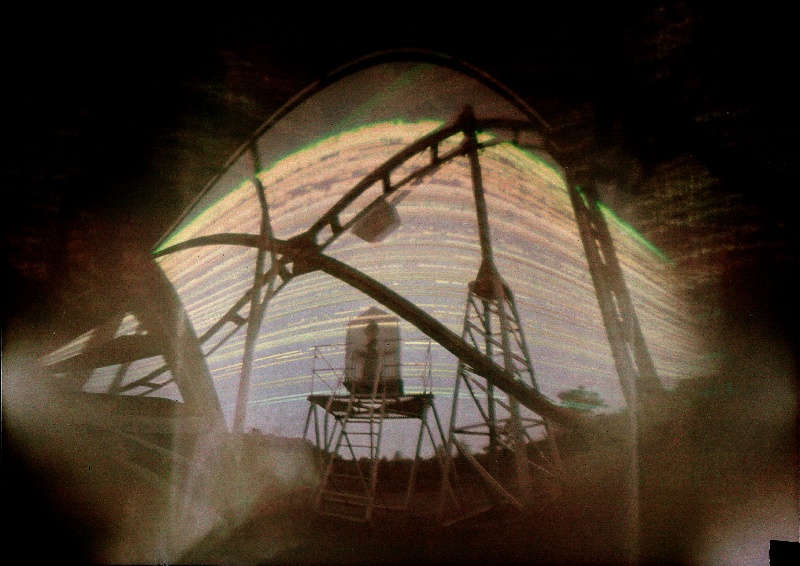 Solargraph of the Horizontal Solar Telescope in the Astronomical Observatory in Białków (Poland). Exposition time was equal 5 months (19.07. - 25.12.2012). Each line represents solar motion in the sky during one day. Gaps represent cloudiness. The dome of the telescope in transparent because during few days it was removed and observations were perfermed.

Jupiter on the last day of the year 2012 (Dec.31st) The GRS, Oval Ba and the moons Ganymede coming out of the dark side and Io approaching jovian disc.
Equipment: LX200ACF 12 in. OTA, CGE mount, Flea3 Ccd, TeleVue 3x barlows, Astronomik RGB filter set.

Galilean moon Io: transit and occultation at the same time?

The images correspond to recent Jupiter’s occultation, Dec 25, as seen from Rosario city, Argentina.
Photos were taken with Canon XSi through a 200/1200 Newtonian, at prime focus. They are a composite of different expositions to make, Galilean satellites, planetary details and our Moon geography, all visible at the same time.

Image 1 (23:25 UT aprox): Jupiter just reappears, and the tiny shadow of the Galilean satellite Io can be seen (with certain difficulty) on the planetary disk, just on the upper band. Io itself is not visible yet, but just reappears, together with Jupiter. Europa is visible below Jupiter and was the first to reappear.

Image 2 (23:50 UT aprox): The last of the Galilean moons, Callisto, just reappears. Io is now distinguishable from the planetary disk. Its shadow is still visible on the upper band of Jupiter. Our home galaxy, The Milky Way and our neighbour, The Andromeda Galaxy, shines in the starry sky of the World Heritage site of Mount Siguniang of China. Being one of the biggest icefalls in the area(height:50m; wildth 20m), it gets frozen up from November to May, making itself the paradise for ice climbers country-wide.

Quadrantids boneyard tag smallest.jpg
I drove out to one of the the largest airplane graveyard-bone yard in the world to photograph the Quadrantid’s this morning with hopes of having some kind of access to the yard for photographs. But, I had no luck. The bone yard is ran by the Mathis-Davis Airforce base airforce which requires clearance and is surrounded by 10-foot barbwire fences. But fortunately I have a jeep and a tall tripod – so I drove around numerous spots looking for a place I could pull my jeep close to the fence and take pictures from on top. And I found one.

Camera Details:
Canon 5DMKII
Canon 16-35 F/2.8 LII
ISO 500 for 20 Seconds
10 Exposures Stacked
You do not have the required permissions to view the files attached to this post.
Top

My video allsky camera captured 79 Quadrantid meteors on the morning of January 3, and recorded a surge of activity shortly after the predicted peak of UT 10:00. I have more information, and some fireball videos, here.
You do not have the required permissions to view the files attached to this post.
Chris

I captured this fantastic Lunar Halo while waiting to capture some shots of Quadrantid meteors early this morning (January 3, 2013) from Charlestown, Rhode Island. CG4 in Puppis: The Hand that grabs the Galaxy?

Well not really... These two objects are not even related and are separated by 118 Million light years. The galaxy on top is ESO 257-19 a Spiral Galaxy that appears smaller but in fact it is far larger that Cometary Globule CG4. Nevertheless both objects are showing a curious picture which can only be seen from the Earth perspective surrounded by a kind of dusty background...

Image in more resolution and additional info at
http://www.baskies.com.ar/PHOTOS/CG4%20LRGB%20N.htm

Southern greetings and happy 2013 !!
Sergio
You do not have the required permissions to view the files attached to this post.
Top The moonlight difficult to take photos. It has not been easy to get a picture of the meteors, and to complicate it more a reflection of the moon on the lens resulted strips of color that give a different touch to the photo. Lower the reflection you can see one of the meteors.
Last edited by owlice on Fri Jan 04, 2013 11:24 am, edited 1 time in total.
Reason: Changed img tag to img2 tag; thanks for sharing!
Top

On February 11 2013 the young Moon will be right next to Mercury like on my 5 year old photo. In this image -a crop from IC 4065 region in Scorpio- we tried to achieve a original framing with an strong RGB process, with diferencial stretching and recursive
saturation technique for color and contrast enhancement. 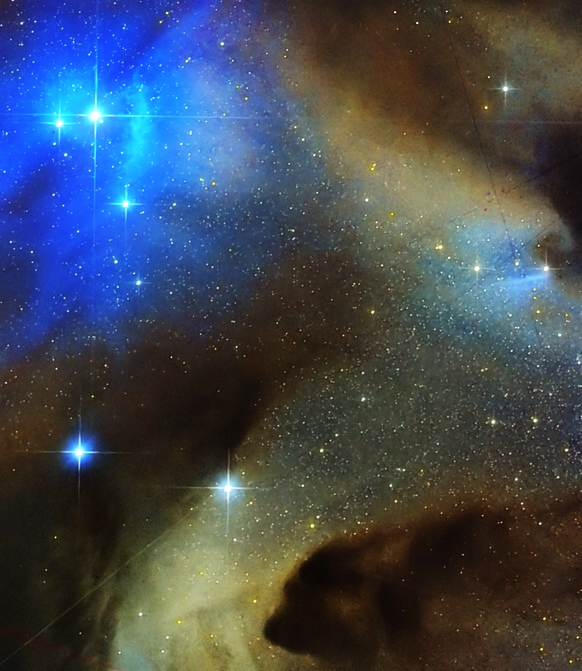 The ISS is passing over our skies over the next week or so. Got this shot at twilight last night (4 January 2013) as it passed through Orion. 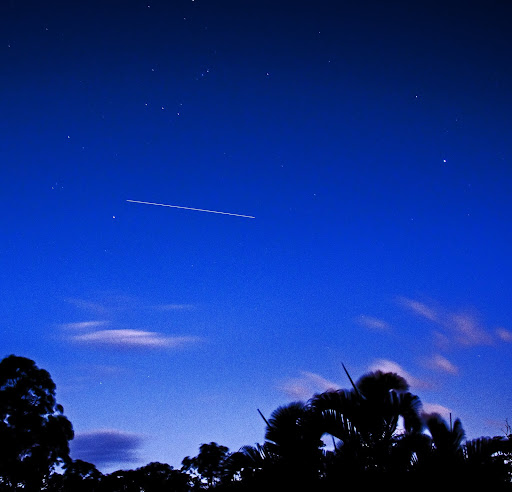 This is what happens when the moon is about to rise on the horizon and a bit of cloud is in the perfect spot. Happy New Year to all,
Here's my submission for APOD:

The Ring Nebula - M57, NGC6720
The Ring Nebula, some 2,300 lights yars away, is the remainder of a sun-like star which has blown away its outer envelopes at the end of its evolution. Now it will start to cool down, shine as a white dwarf for several billions of years, and then eventually end as a cold black dwarf.

Image taken on a 6" newtonian telescope.