This photo was taken during a session for observation of the asteroid 2012DA14 at Lisbon Astronomy Observatory (Portugal). The sky was cloudy and the light from the city didn't help. This photo was taken without telescope. The telescopes were used for general public look for some interesting objects (when possible). I was trying to get 2012DA14, but the photos from that area are to much contaminated with noise because high ISO and light pollution.

This is not a very high quality picture as you see, but I push hard from the original data

I captured the data for this image last October but just got around to processing it. It may be viewed at the link below.

Image and equipment details are on the web page. Click on the images to view at higher resolutions. 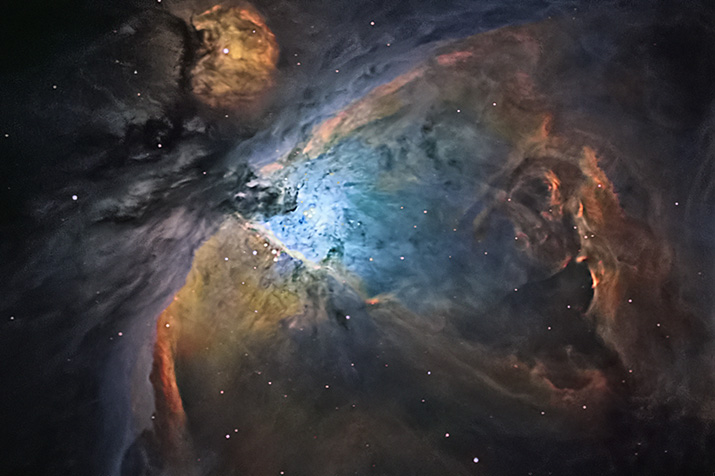 Hi! I know that this is not the usual way to post an image but the point of this one is its size, so excuse me

Hi Chepar, you have done a great job, congratulations 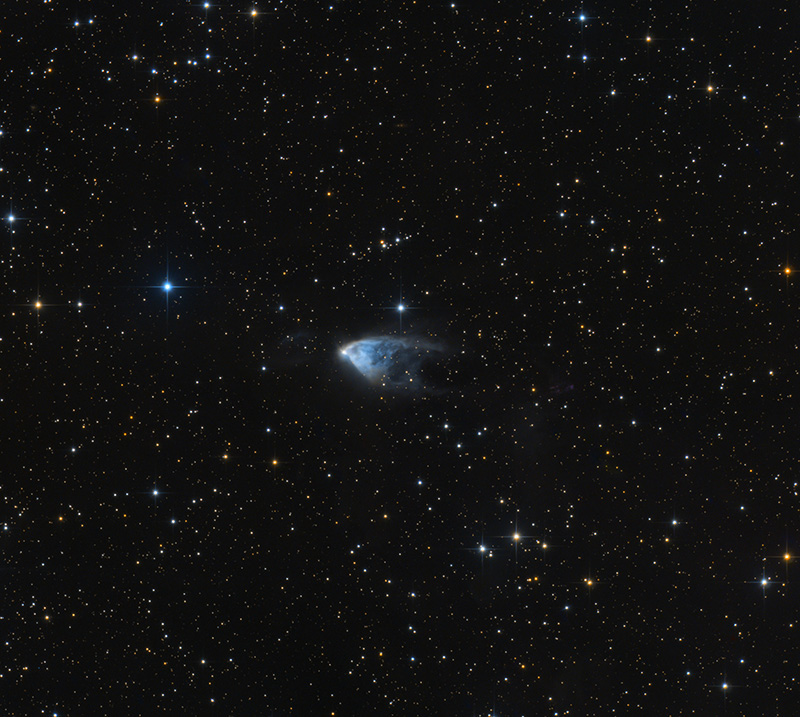 Here is an image of last week of our beautiful day-time star:

filament_18022013_yellow_2_small.jpg
You do not have the required permissions to view the files attached to this post.
Top

Bogdan Jarzyna
http://www.starrysite.com
You do not have the required permissions to view the files attached to this post.
Last edited by owlice on Sat Feb 23, 2013 3:02 pm, edited 1 time in total.
Reason: Attached smaller image for faster downloading; left link to larger image. Thanks for sharing!
Top

This deep image of NGC5899 in Bootes show some extremely faint tidal streams.
The top left hand corner shows an inversed part of the luminance layer to enchance the contrast.
The galaxy is at about 10 o'clock from the bright star in the frame.
I was able to capture these rarely seen faint bands during an imaging trip to the South of France last week.

Sharpless 2-101 is a very beautiful nebula in the constellation Cygnus but rarely photographed.

In the mittle right area is the Star HD 113535 "Cagnus X1" with a black hole - and above at the right upper corner appears a blue bow - perhapps somebody can tell me if the black hole can be the reason for this blue bow.

Here you can find a higher resolution:
http://astrofotos.at/index.php?view=ima ... Itemid=134

Microscopic images of a chondrules in chondrite meteorite Chondrites are meteorites that fall in Chelyabinsk, Russia.

Some days ago, NASA released a paper presenting the preliminary results from Goldstone radar antennas with the first 18 images showing 2012 DA14 tumbling around its axis in 7 hours
http://www.oosa.unvienna.org/pdf/pres/s ... eo-05E.pdf . Even though the images are just some pixels wide, they represent an incredible resolution, way beyond the capabilities of any optical telescope, including Hubble.
The second advantage of the radar images is that the scale is constant while the distance of the Asteroid increases from 120,000 to 314,000 km.

I cut out, processed and upsized the tiny images to see what an animation could possibly reveal.
As the gap between the frames was a full 20° on average, the animation was not smooth enough so I used a morphing technique to calculate 8 new frames in between each of the basic 18.
I was astonished to see how clearly it showed the rotation of the elongated asteroid but also that it could possibly be peanut-shaped like comet Hartley or the asteroid Toutatis.
Of course, the tiny size of the originals are demanding some cautions when it comes to the interpretation and possible conclusions of what is shown.

On the 19th of february Nasa released more images and their own movie so I got a go-ahead to upload my animation http://www.jpl.nasa.gov/news/news.php?release=2013-063 Northern stars of the big dipper and Constellation Leo shines above the Wanfo Summit at the World Heritage site of Mount Emei in China. Mount Emei is a place of historical significance as one of the four holy lands of Chinese Buddhism. And for the meaning of Wanfo, is the house of the mountain’s patron deity, Bodhisattva Samantabhadra, and ten southand of buddhas are around it.
As well as the other 30 ones at Mount Emei, this temple is in local traditional style, making full use of the terrain. The advanced architectural and building techniques are the quintessence of Chinese temple architecture.

A starry night of Golden Summit

In a dark starry night of the world heritage site of Mount Emei in China ,The Spring constellation of Corona Borealis,Virgo and corvus rises above the golden summit of Mount Emei. Mount Emei is a place of historical significance as one of the four holy lands of Chinese Buddhism. The golden summit is the second highest peak of the mountain (3077 above sea level) and this is the location of the first Buddhist temple built in China in the 1st century CE when Buddhism was introduced via the Silk Road . The Bodhisattva Samantabhadra is said to have visited the mountain astride a six-tusked elephant, and is considered the mountain’s patron deity. The giant golden 48m (157ft) statue in the picture is called The Ten Directions Samantabhadra Bodhisattva, was completed during 2006.

A glimpse of the cosmos M82
http://www.feraphotography.com/
Copyright: Bob Fera
[attachment=3]M82b.jpg[/attachment]
You do not have the required permissions to view the files attached to this post.
Top