M31 fly-by
WebSite: http://www.skymonsters.net
Copyright: Nicola Montecchiari
High-res Image Link: http://skymonsters.net/hr_immagine.php? ... NGC205.jpg
You do not have the required permissions to view the files attached to this post.
Top

Catalogued as 145 CMa, the Winter or Southern Albireo is a beautiful pair in Canis Mayor. It is well visible even with small telescopes. The primary is yellowish-orange and the companion is a pale bluish white. As increasing magnification the colours began to fade compare to the Albireo in Cygnus. This stars are not related and can be seen as a pair because the perspective towards the Earth.

Image with more resolution and image acquisition at

Thanks for looking !!
Sergio
You do not have the required permissions to view the files attached to this post.
Top

Shot with 2 scopes over 2 years. Makes me want to go fly fishing Here's a heart-shaped active region observed by the X-Ray Telescope aboard Hinode that could be great for the Valentine's Day picture: Rosette Blue Heart
http://observatorioelche.blogspot.com.e ... eta_5.html
Copyright: Juan Lozan
[attachment=1]Rosette Blue Heart-.jpg[/attachment]
You do not have the required permissions to view the files attached to this post.
Top

Orion from Down-Under
It’s a blend of several pictures taken between Nov-2012 and Feb-2013 with Canon 60Da and 50mm-f2.8 lens.
All stacked in PixInsight …
Higher res:
http://westcoastpics23.blogspot.com.au/

Actually, Orion is right side up in Australia !!!
You do not have the required permissions to view the files attached to this post.
Top

Two of my favourite valentine objects:

ngc2237_rosetta_web.jpg
Full size here: http://www.astro-photo.nl/raw/ngc2237.jpg
You do not have the required permissions to view the files attached to this post.
Top

My QSI683wsg camera is way too sensitive to take unfiltered images of the Moon, but on 8th February I noticed a beautiful crescent Moon rising just as I was closing the observatory in the early morning. I decided to try imaging the Moon through a NIR filter since this would be the band of least sensitivity for the camera, and fortunately I was able to grab this image using an exposure time of 1/20th second.

Since the image would be oversaturated through RGB filters I didn't manage to get any colour for this image using the QSI683wsg, but I then combined the luminance data with my earlier saturated Moon image from 2010: A Lunar Mineral Map

The libration differences made this somewhat difficult, but I was able to fit the colour data to the crescent with reasonable accuracy.
I then rotated the image 90 degrees clockwise and was immediately taken by the resulting mysterious appearence of the scene. Although this is our good old Moon, it looks more like being on approach to an alien planet or one of the moons of the outer Solar System, reminiscent of some of the Cassini images of Saturn's moons. 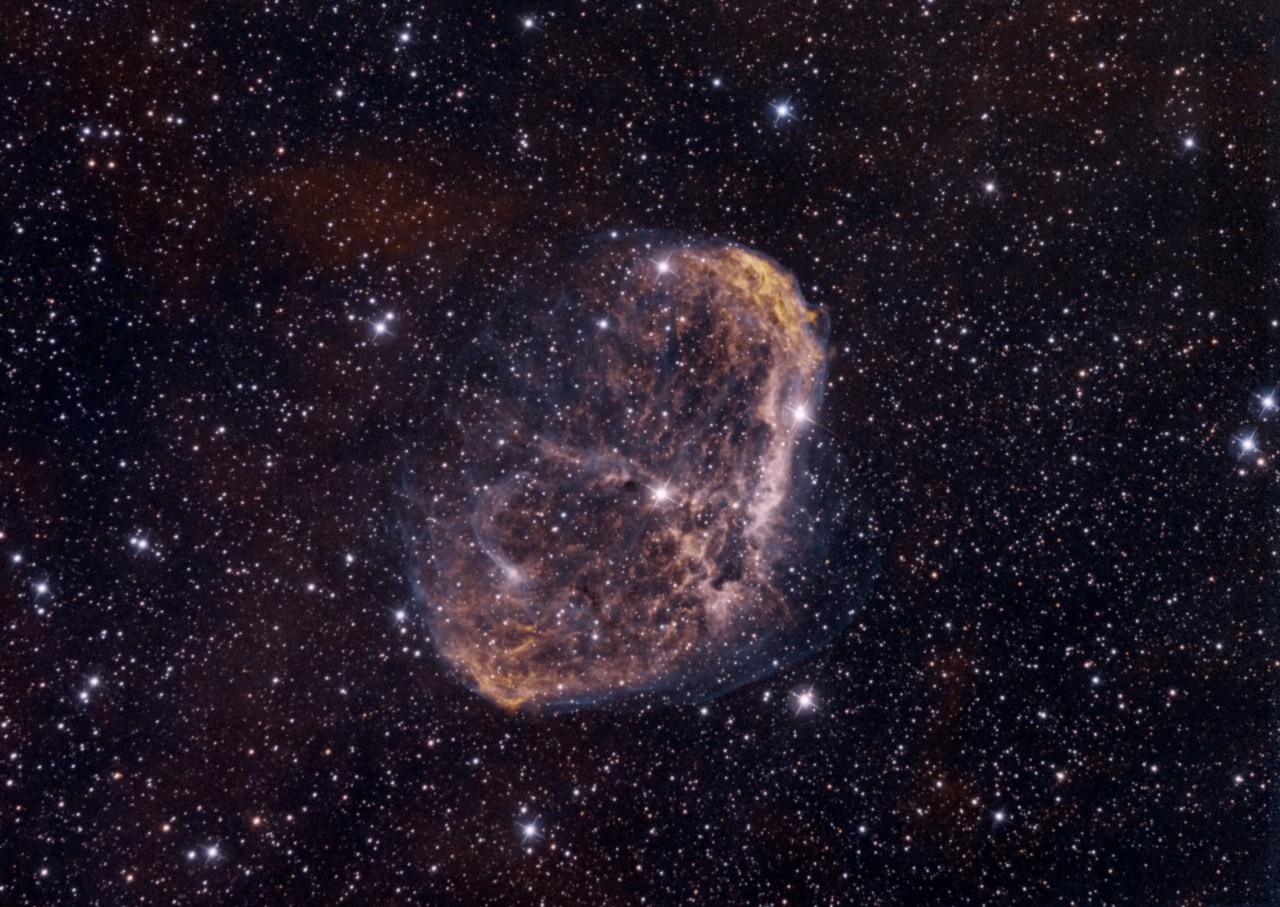 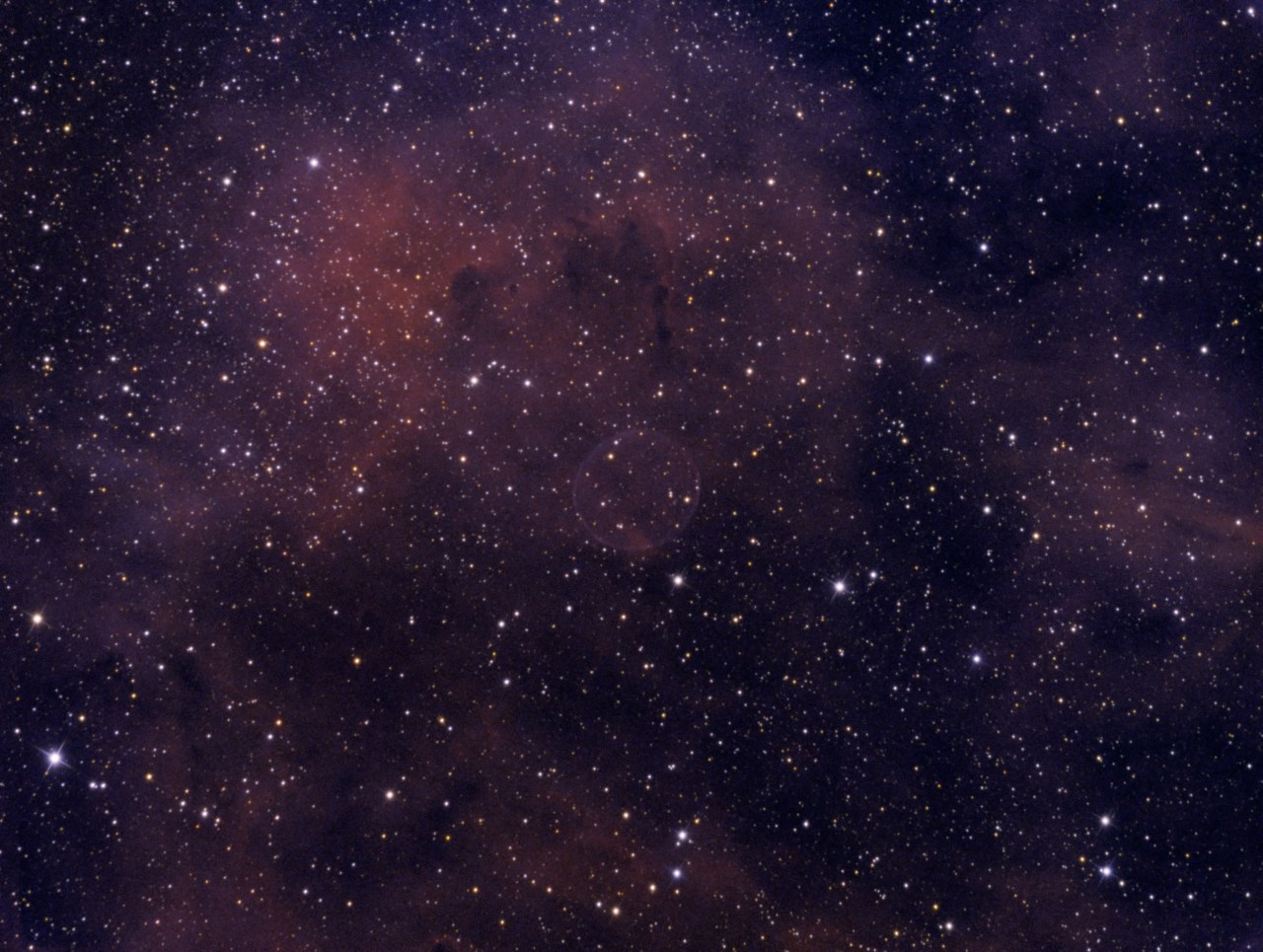 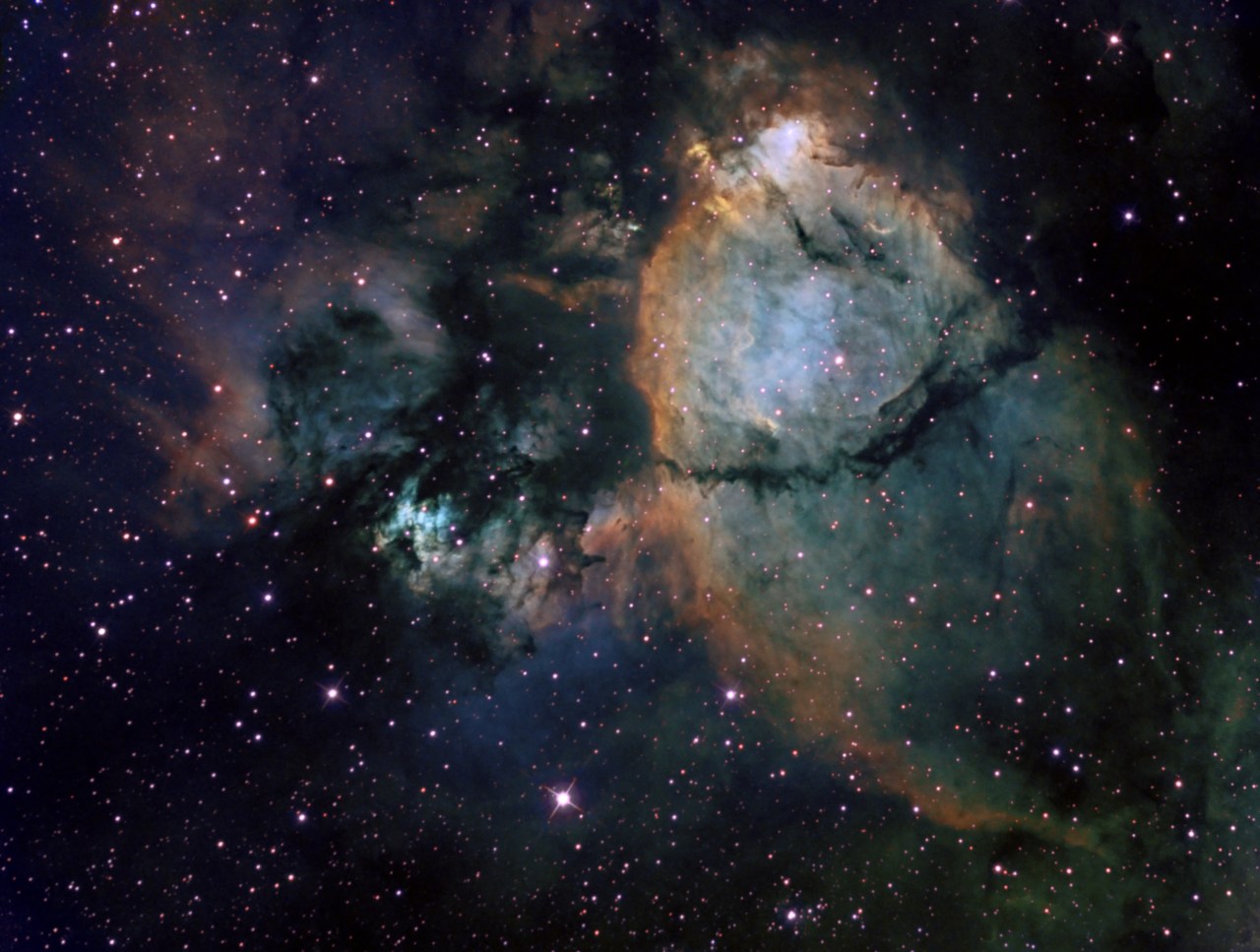 A panorama of the San Francisco bay from the top of the Berkeley hills, shortly after sunset on Feb. 10th. (Click for huge.)

The milky way over the Aegean sea 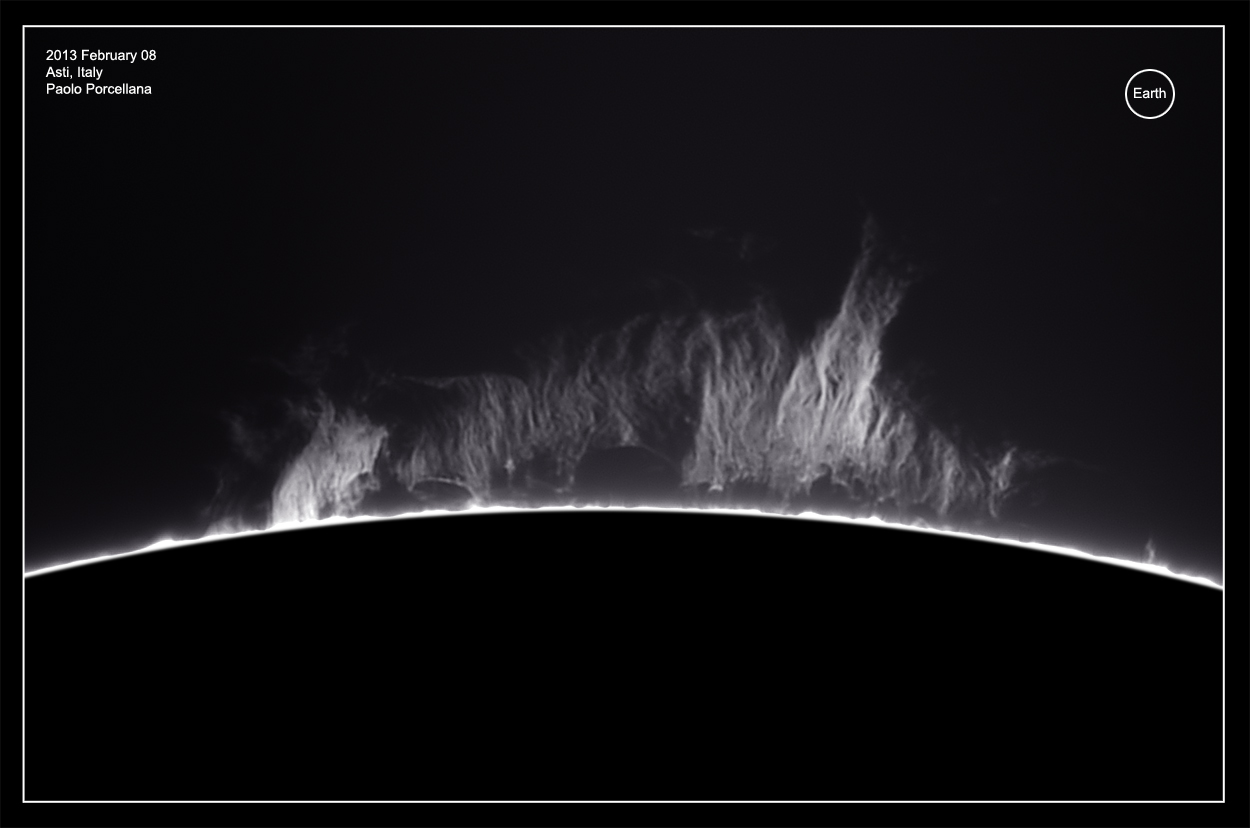 M101 and Company
http://fth.bounceme.net/
The Pinwheel is one of the more difficult galaxies to image at 21 million light years distance. Like the Milky Way M101 has several bright red hydrogen alpha rich areas similar to our own Lagoon Nebula. These collections of dust and gases are typically areas of new star formation and glow due to the radiation of the young stars within them.

If you look closely you can also spot at least twenty other small galaxies in the image including the edge on galaxy NGC5422 at 87 million light years distance (lower right) and the spiral galaxy NGC5474 (upper left).

Until 0:30 to 5:00 MEZ, i saw many of these light pillars.
it was very cold and the light pillars were caused by a freezing fog and its ice crystals.

Michael Wendl
You do not have the required permissions to view the files attached to this post.
Last edited by Michael Wendl on Sat Feb 16, 2013 2:10 pm, edited 3 times in total.
Top

The Colours of the Moon

Animation made by the Valencia Astronomy Association. It is a tracking the Asteroid of 120 seconds. Working to 0.63 resolution, with a field of only 8 °.

The equipment used is as follows:

A hypothetical carbon planet orbits around a star which, itself, is located just beyond the outermost reaches of a globular cluster. This cluster rises over the horizon, like some kind of giant moon lighting the night sky, with its shine reflected on the surface of a ocean made of hydrocarbons and carbon derivatives.