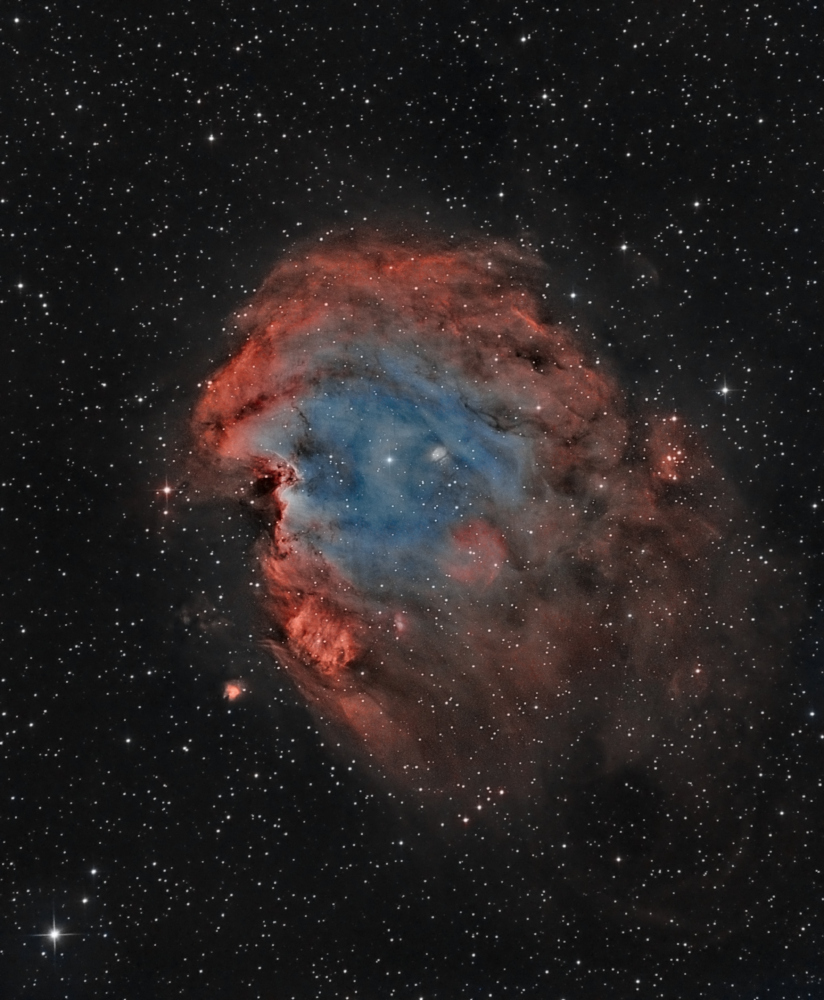 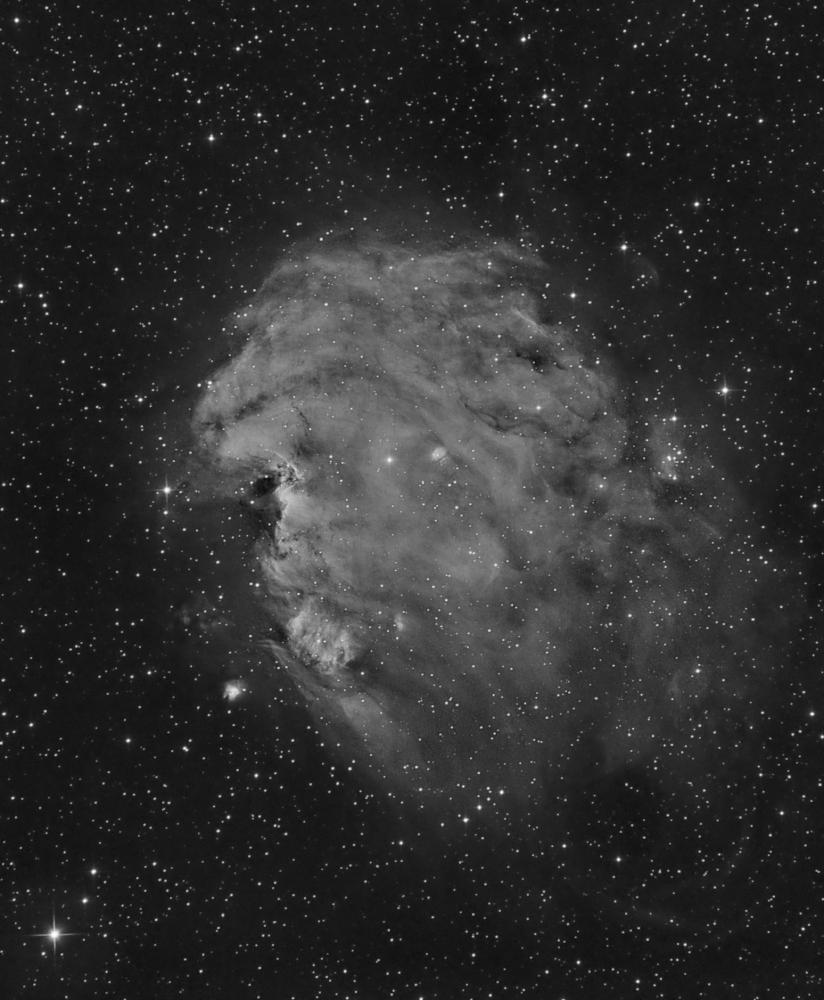 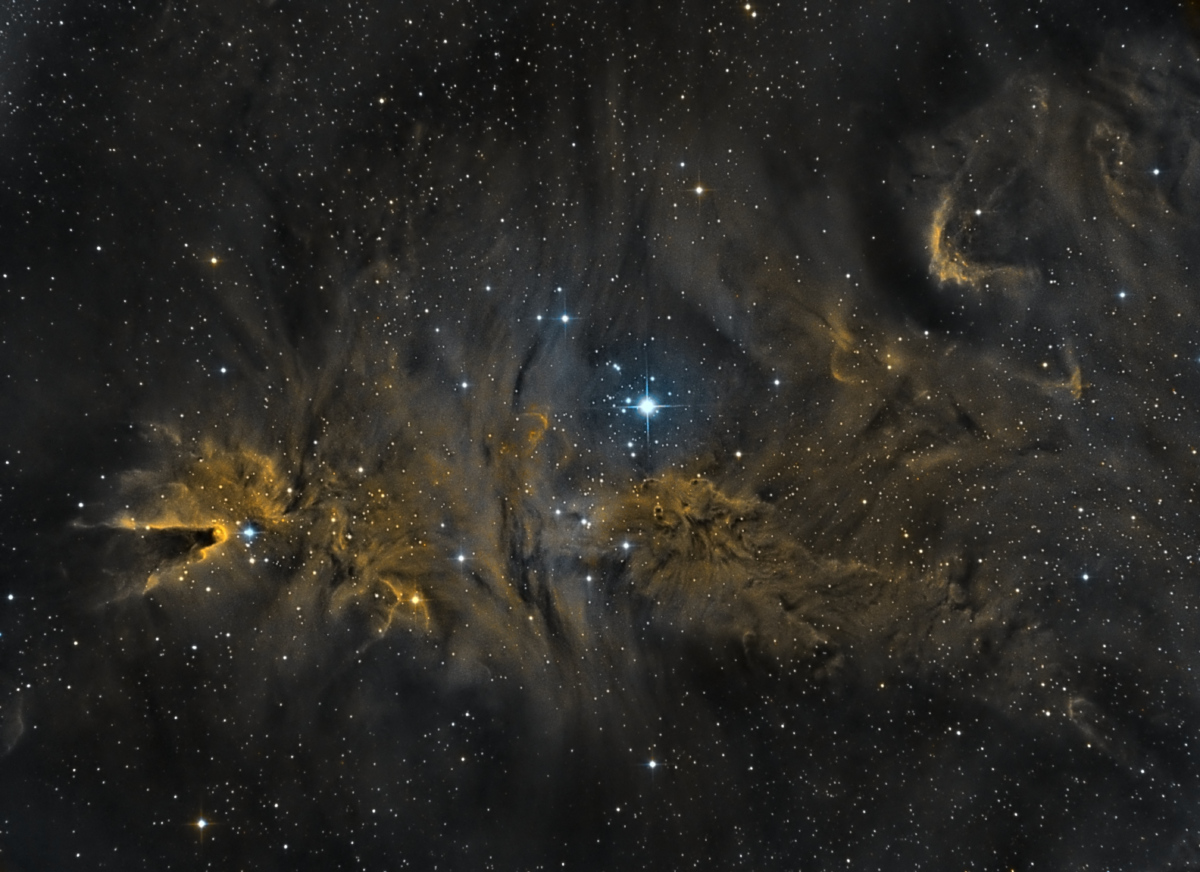 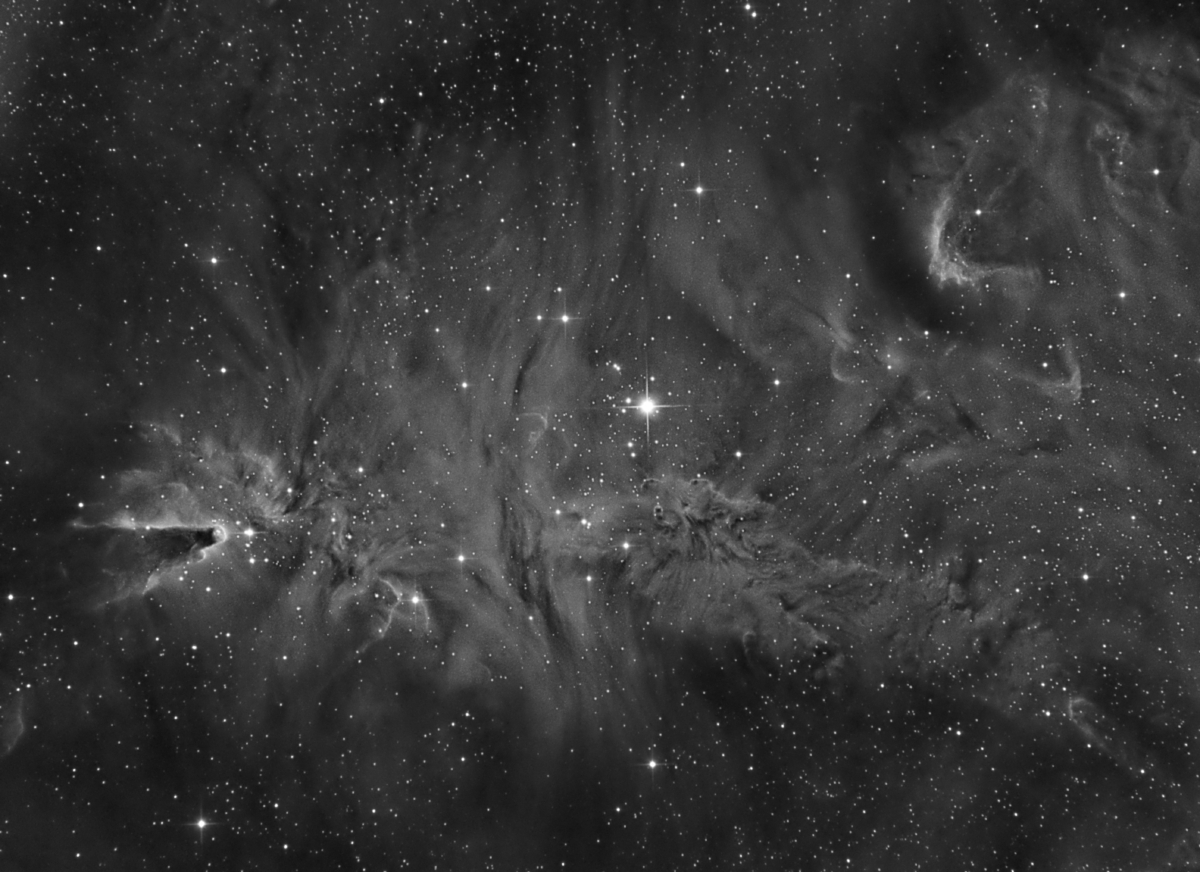 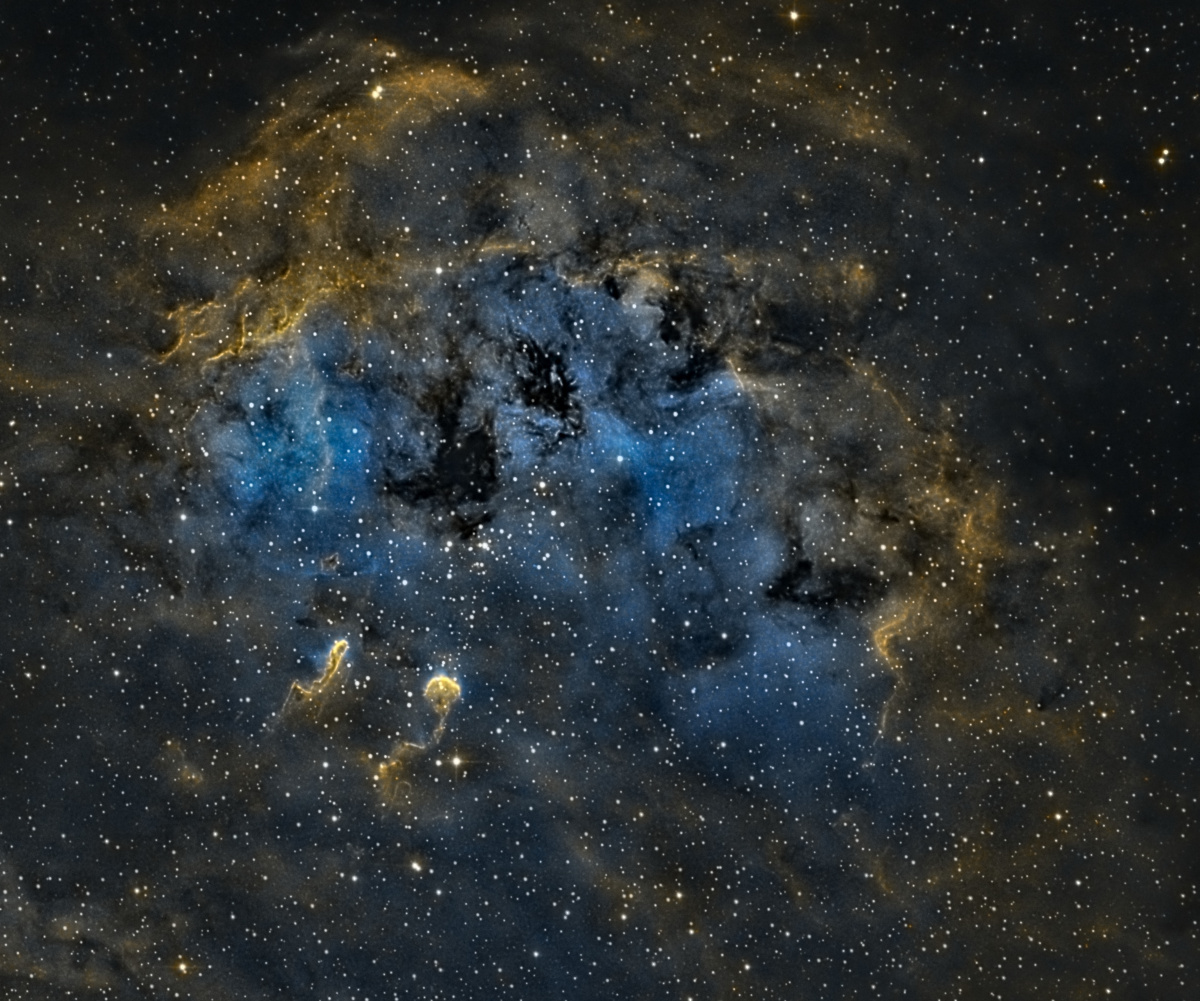 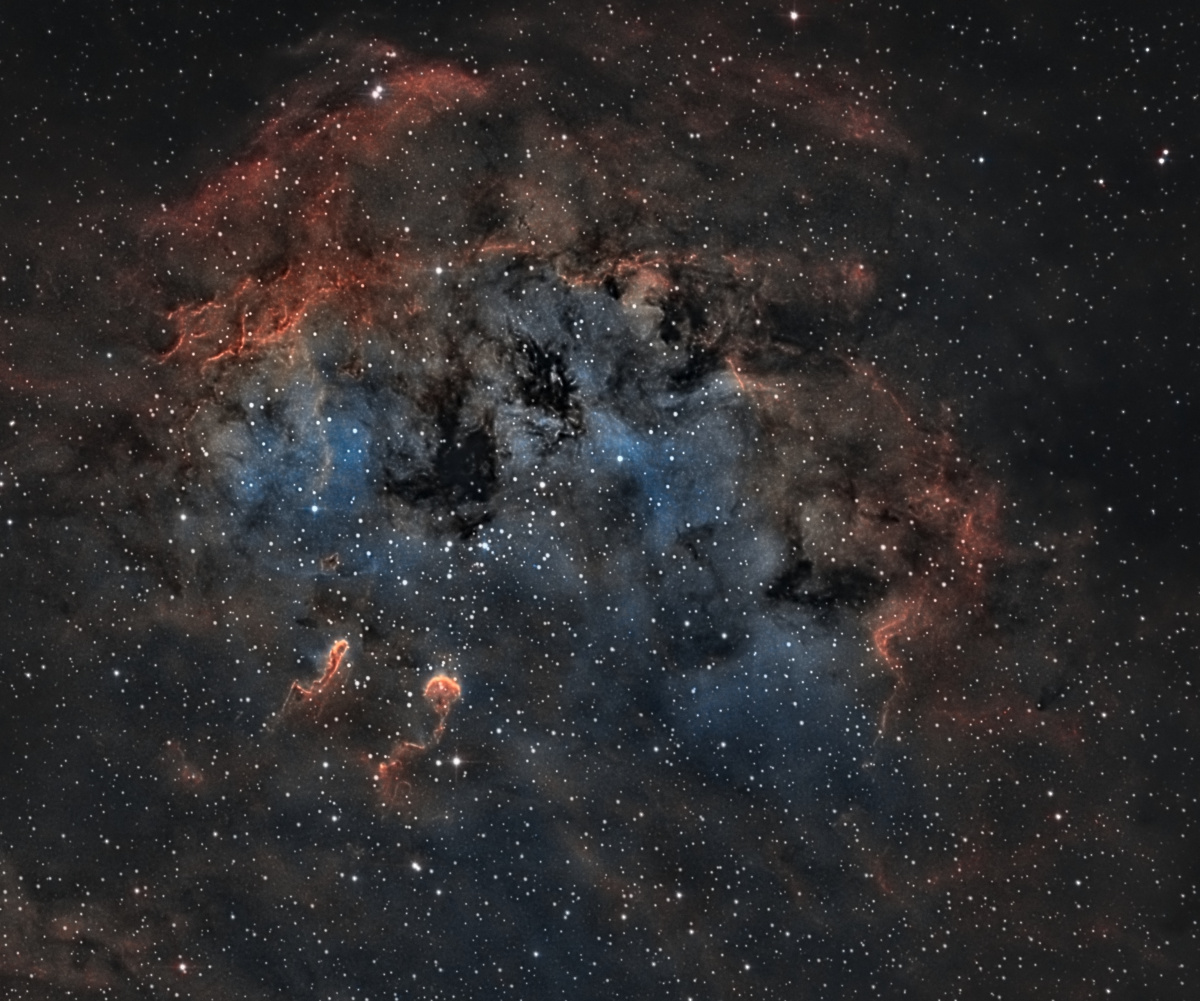 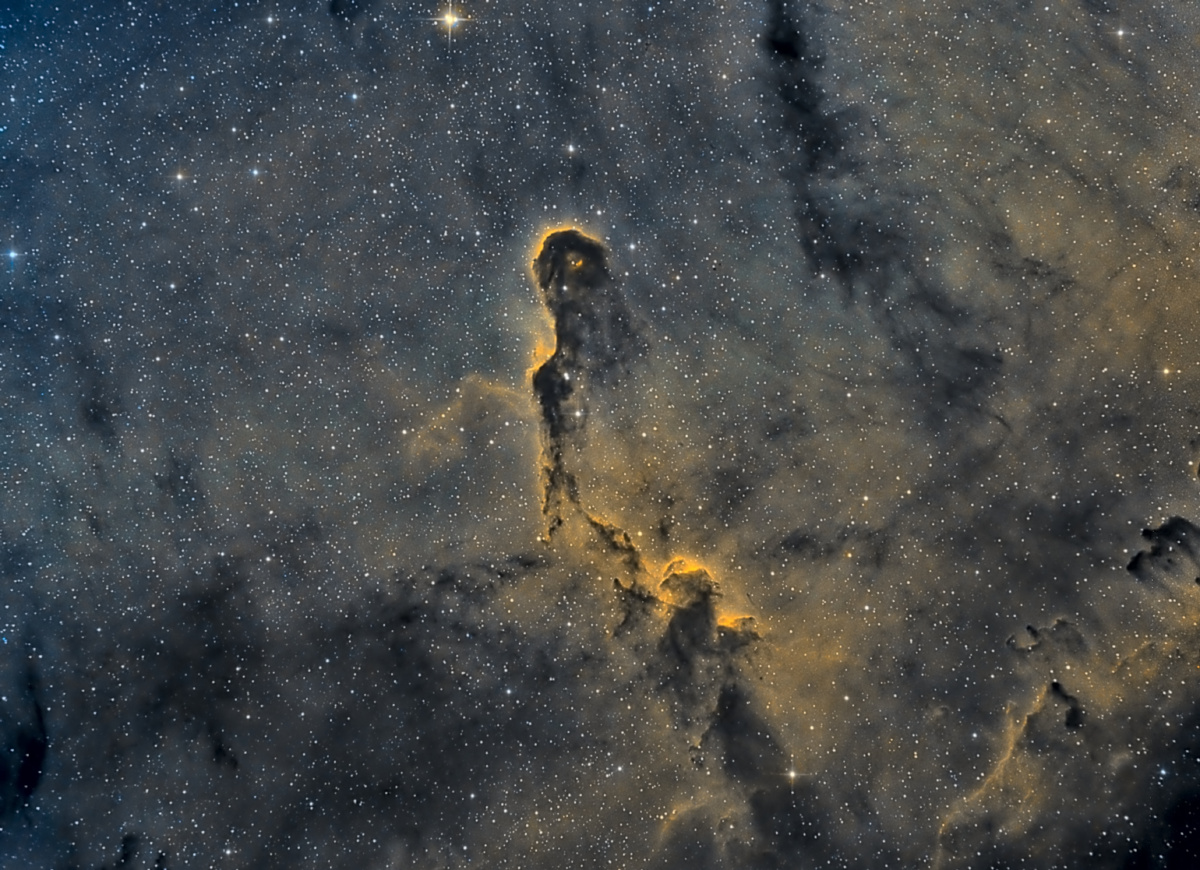 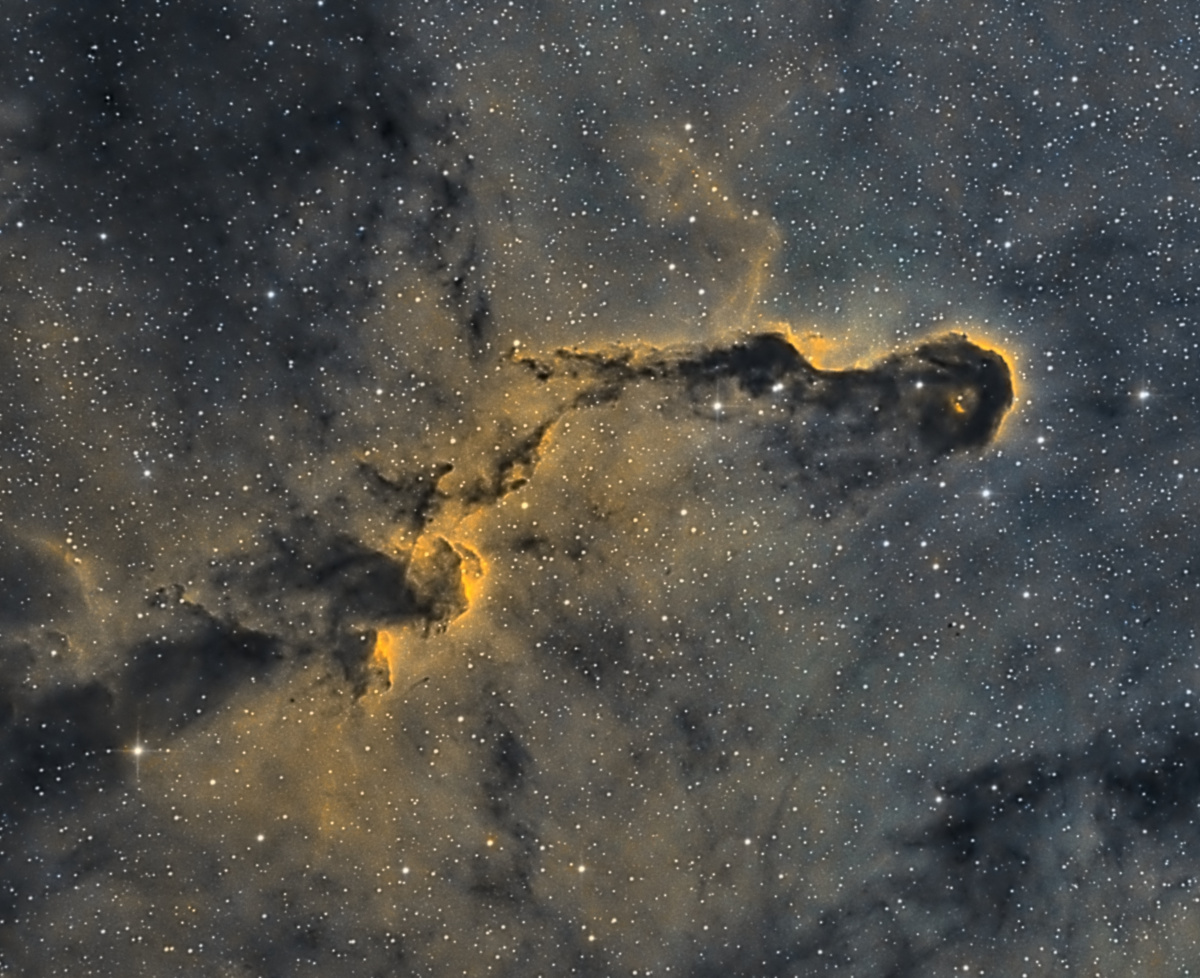 fullmoon
1000.jpg
equiv 640mm, polarized filter
You do not have the required permissions to view the files attached to this post.
Top

In the early morning, when I opened the wooden door to the terrace, there came a stunning view of the starry sky.The Milky Way arched high upon the sea in the southeastern direction, while the zodiac light diagonally pierced into the center of Milky Way right from the sea.The Scorpius has climbed to the peak of the arch (of the Milky Way), with the southern constellations on its right, including the most famous Southern Cross.Jupiter, Mars and Saturn lined up along the Milky Way, coupled with the earth under our feet, there were in total four planets featuring in this gorgeous starlight show at early dawn. 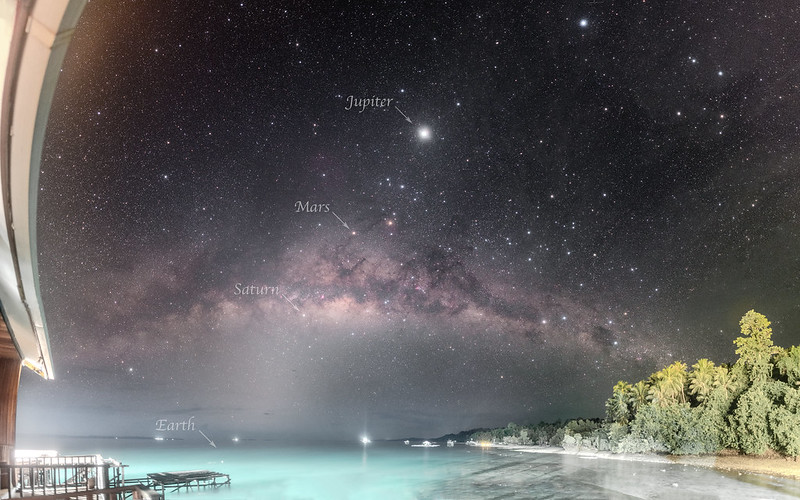 Four Planets in our Galaxy by 虞 骏, on Flickr
Top

Story: Several days in a row photographing the night sky at the Atacama´s Desert. Great experience! In the moment I shot this picture I was alone, in the middle of nowhere, experimenting a scene that clearly looked like another world. The 33 feet sculpture 'Hand of the Desert ' helped to create an even more alien atmosphere. It was a unique photoshoot indeed.

It was already pass 4:00 AM and a certain tiredness knoked my door. I started packing since I still would had two hours drive ahead. Just before leaving, I looked back and saw this wonderful scene forming: the hand almost "touching" Eta Carinae nebulae and the Southern Cross constellation! What a view!

I pulled everything out and began the photographic process again, hoping to capture a unique view of our southern night skies, harmonizing with a gigantic sculpture. (Mario Irarrázabal is the sculptor)

Copyright: Carlos ´Kiko´ Fairbairn
Gallery: https://www.facebook.com/kikofairbairn
Instagram: @kikofairbairn
You do not have the required permissions to view the files attached to this post.
Top 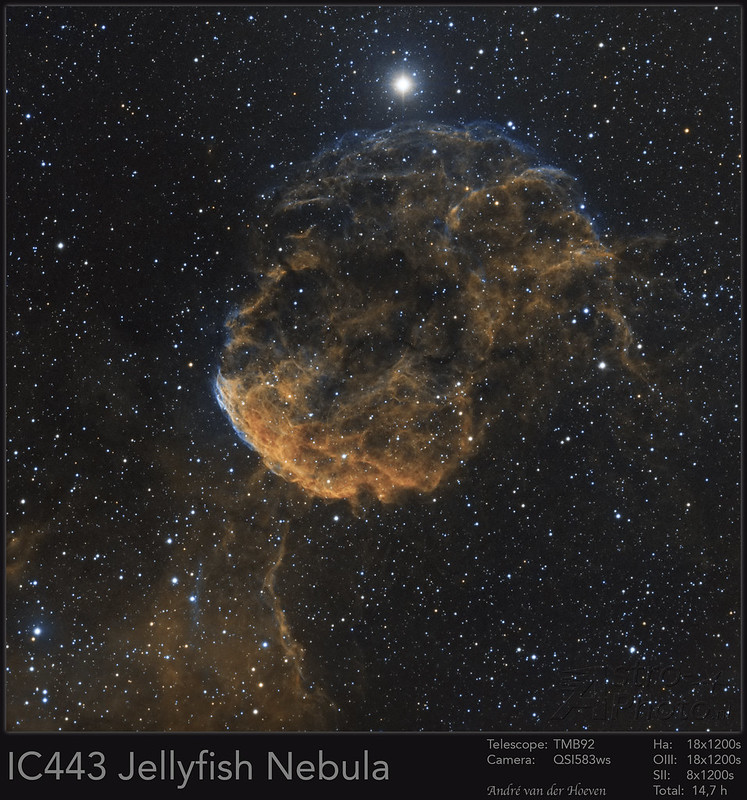 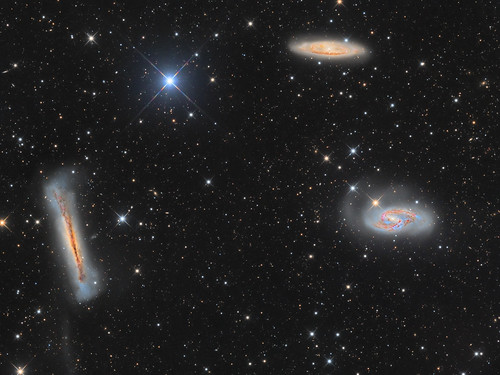 This image of the very colorful star forming region, NGC 2467 in Puppis, aka the "Skull and Crossbones Nebula", was acquired from Chile by SSRO. Numerous stars and clusters come together to make this stunning stellar portrait.

One of the most notable clusters within NGC 2467, known as Haffner 18, houses around 50 stars — most are high mass, but have already begun the transit into the celestial afterlife. They certainly help shape the pillars of gas and dust, but their role is negligible compared to that of HD 6315 located in the center of NGC 2467. This gargantuan star does most of the work. Its outbursts, ranging from flares, to coronal mass ejections and such, eject vast quantities of radiation into the nebular material, which has a carving effect. The dark splotches all around and in the nebula are Bok Globules. Within these regions, dust is packed together so tightly, light from embedded stars can’t break through.

Here's a rendition of NGC 2467 in Puppis that includes L, R, G, B data as well as Ha, SII, and OIII data.
The image was first processed as an LRGB, with Ha added to the Red channel and OIII added to the blue channel.
Then a separate SII-Ha-OIII version was created, with RGB stars overlayed.
We experimented with various ways to combine the two. We opted for a rendition that accentuated the Hubble palette narrowband towards the core, but was more heavily weighted towards the broadband component in the periphery.

Here's a widefield LRGB version with additional information about this colorful region.


Larger versions can be found here:
http://www.starshadows.com/gallery
You do not have the required permissions to view the files attached to this post.
Top

After years of trying to capture this angle of the full moon setting behind the Prague Castle it finally worked out on the morning of March 1st, 2018. I've been probably trying to get this particular shot for around 7 years but was always thwarted by clouds or countless other reasons.

castRed.jpg
You do not have the required permissions to view the files attached to this post.
Top

Looking like a giant Jackson Pollock masterpiece, on a truly grand scale, the Vela Supernova Remnant is one of the truly spectacular features of our night skies. The Vela Supernova Remnant is made up of many complex tendrils of energised gas, the entrails of a star spewed across light years of the galaxy and covers an area of sky 8 degrees wide in the southern constellation of Vela. It was formed by a star 900 light years away, that exploded about 12,000 years ago. This presentation is a wavelength ordered, emission line image, taken using H-alpha, Oxygen3 and Sulphur2 narrow band filters and frames about a quarter of the huge ancient feature. 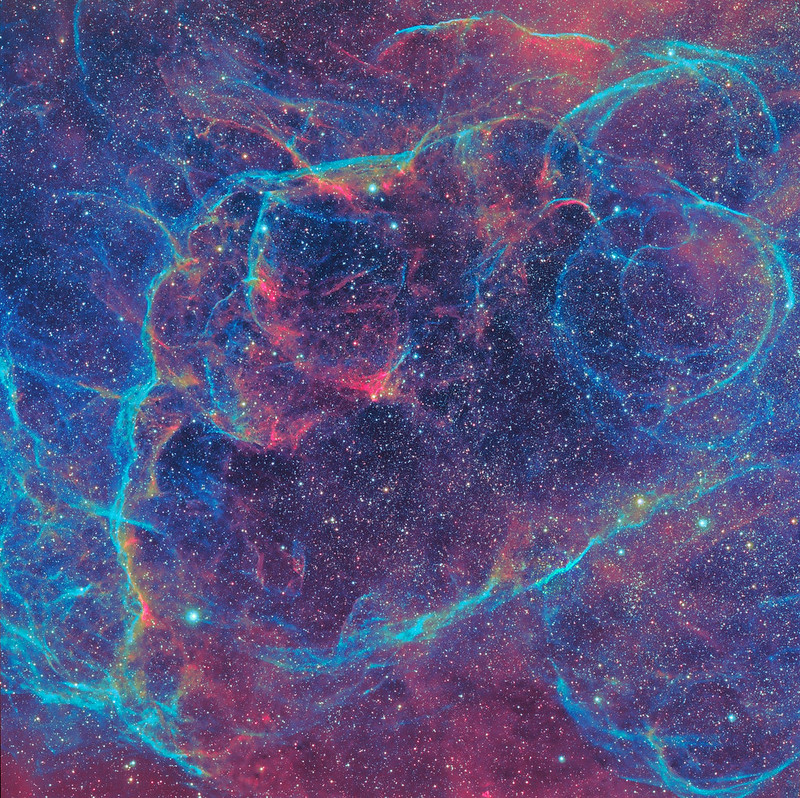 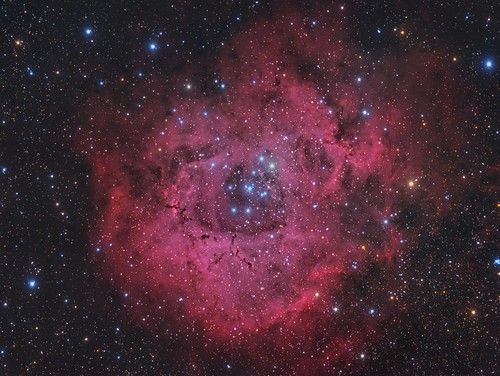 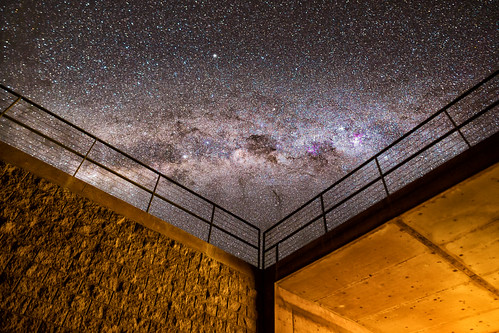 The Coalsack nebula by Juan-Carlos Munoz-Mateos, on Flickr
Top 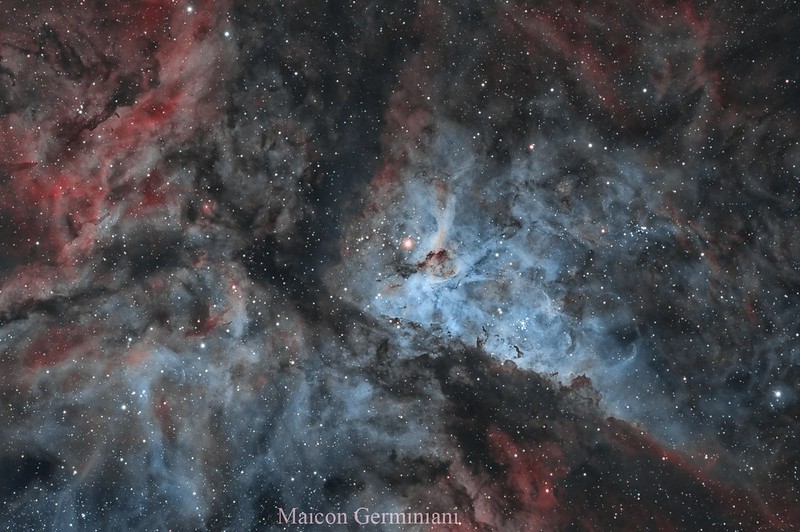 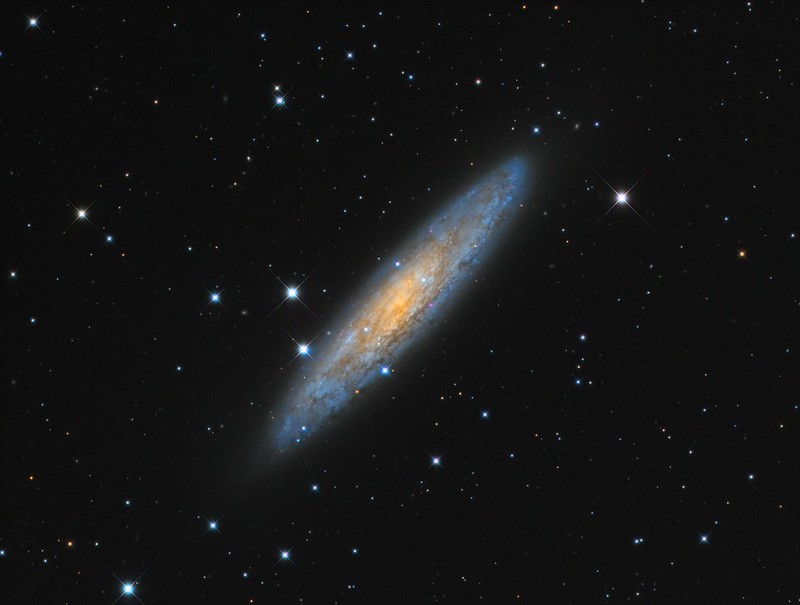 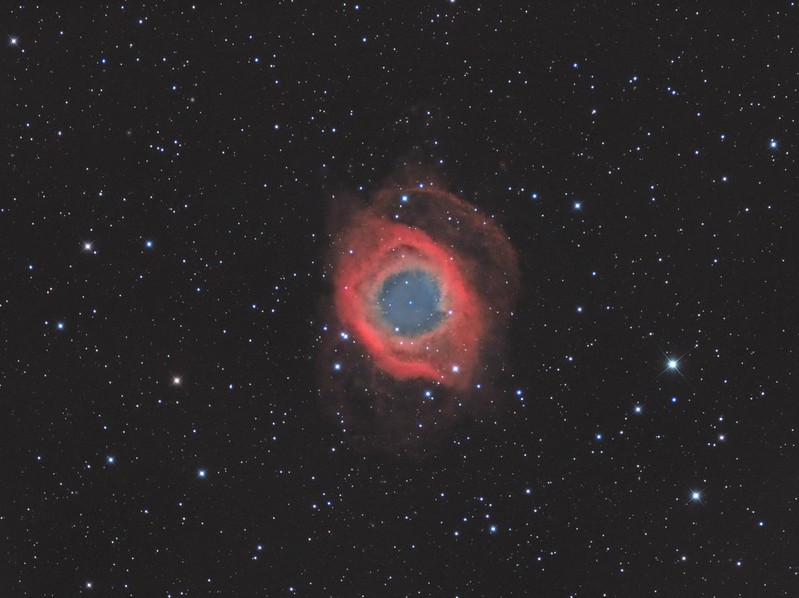 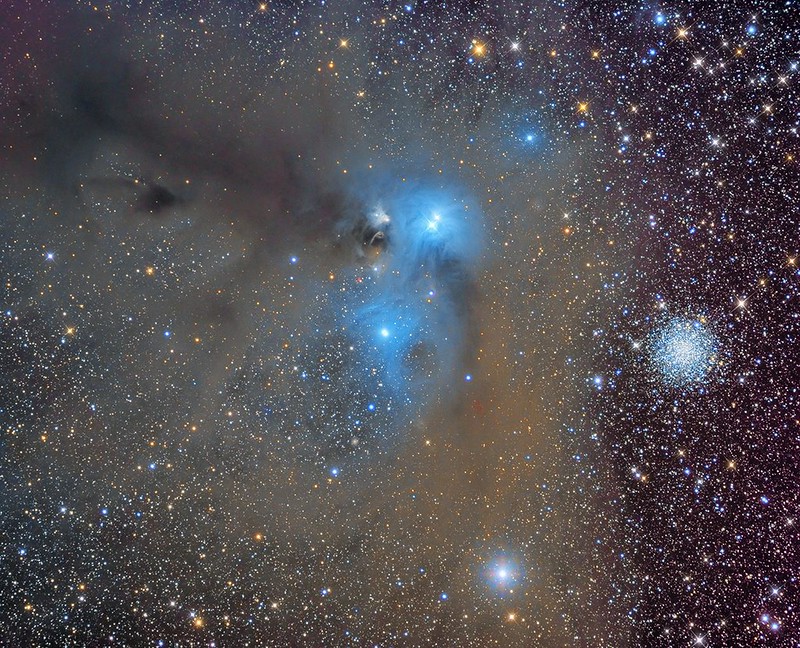 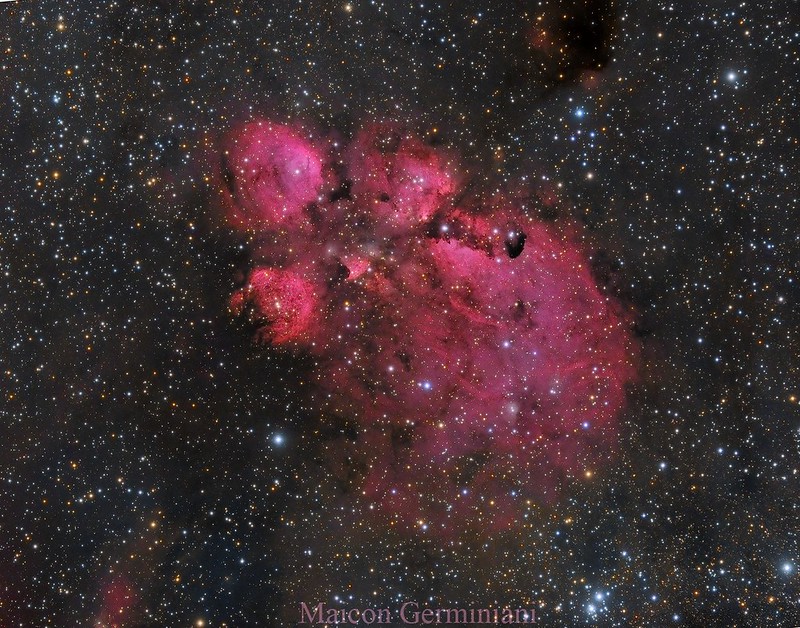 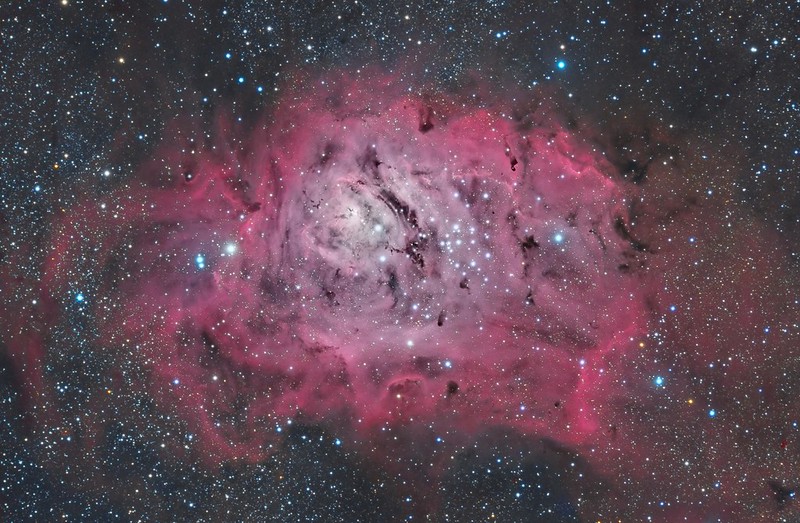 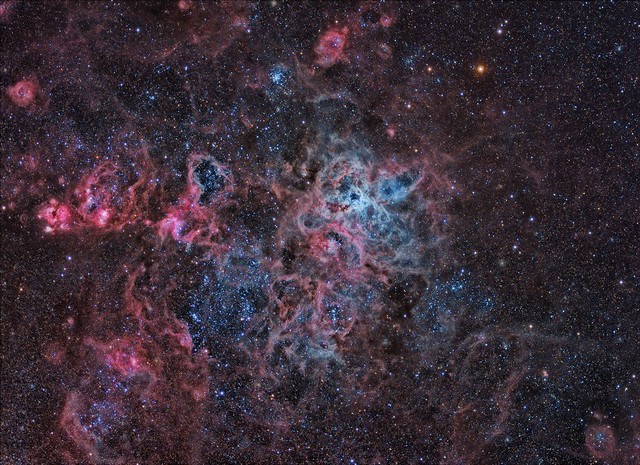