Last night I had another attempt at this one. I shot new Ha and S2 band passes of light. I skipped O3 due to the bright moon glow. Moon glow is more readily transmitted by O3 filters than Ha and S2. A nearly full moon, passing clouds and wind were my enemy, I had to throw away more than half my images.Because I only had 2 colour channels I had to synthesise the third. I did a H HS S palette combination using pixel math. I hope you like the colour combination.

Processed in APP and Pixinsight. With touches in Lightroom. 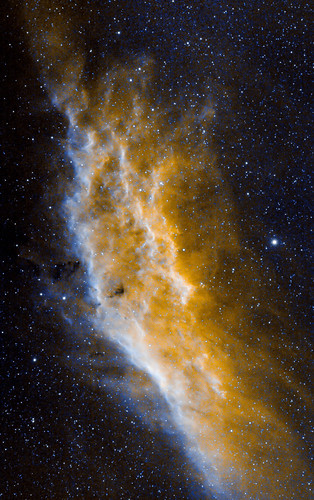 The Golden State Nebula by Ronan Hunt, on Flickr
Top

Mars and the Moon conjunction as seen from Puerto Rico. Inset afterwards when taken. (ED80 APO, LX200ACF 305mm, ASI290mm Cmos, PowerMate Barlows, Astronomik RGB.)
You do not have the required permissions to view the files attached to this post.
Top

This is a composite image of several captures of Venus between 28 Nov 2019 and 13 May 2020. The image shows the apparent change in size and the phase change in Venus as it is captured over 7 months. The Venus images have been arranged to give the illusion of an orbit path around the Sun from our perspective which help us intuitively understand the changes in observation.

The Sun image was captured on 21 June 2020 just before the solar eclipse started.
Sun capture details:
Telescope: GSO 6 Inch F5 Newtonian
Mount: iOptron CEM25P
Nikon 1 J5 Camera
Baader aperture solar Filter
This was a single shot capture, color temperature adjusted in Gimp for visual appeal.
You do not have the required permissions to view the files attached to this post.
Top

Dark nebulae in the region of the constellation of the Eagle

In this image the predominant star is Altair, it has a name of Arabic origin which means "the one who flies" is the brightest star in the constellation of the Eagle.
There are also several dark nebulae and smaller clusters, such as NGC 6828, NGC 6837, in addition to the planetary nebula NGC 6803 and NGC 6804.


Not much information on this nebula.
A small but enchanting denizen of the Milky Way, Sh2-82 is a beautiful cloud of gas and dust consisting of an emission nebula enveloped by a hazy reflection nebula. It is embedded in the dark nebula LDN 727 and is the site of some star formation and young stellar objects (YSO). Located at a distance of approximately 3600 light years, Sh2-82 is ionized by the star HD 231616, which can be seen near the centre.

APOD.jpg
You do not have the required permissions to view the files attached to this post.
Top

Credits: Robin Onderka |www.instagram.com/robin_onderka
---
This photo was taken in Pulčín, a small village in Czech Republic. Very quiet place, which is located at an altitude of about 675 m above sea level and where the street lights go out at night.

In the background you can see a strip of yellow light along the entire horizon, which is an example of light pollution in our country. I remind you that a professional technique was used for the photo and there is a lot of work for it to be able to see the Milky Way in such a detail on this photo. 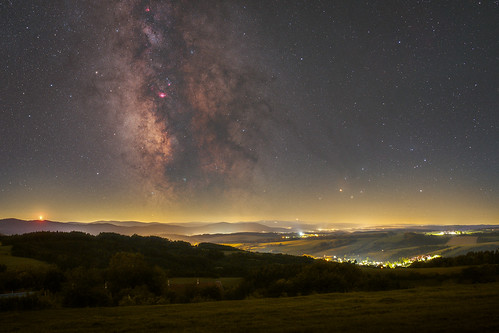 This Moonrise photo was taken at the waterfront in Jersey City, overlooking the World Trade Center and Manhattan skyline.

It is a stack of 39 images, taken every two minutes to show the Waning Gibbous rising. The first moon image is reddish because of the atmosphere and some thin clouds. The moon then got progressively lighter as it rose. I took a separate image for the foreground, stacked them together, and cropped the image to enlarge it.

Processed with StarStax, Lightroom and Photoshop.

Date: September 6th, 2020
You do not have the required permissions to view the files attached to this post.
Top

Welcome, Antonio! That's a fine first post of yours!

It is a dark nebula in the constellation of Crux, it is about 600 light years from Earth. It is easily visible to the naked eye like a dark spot in the sky. 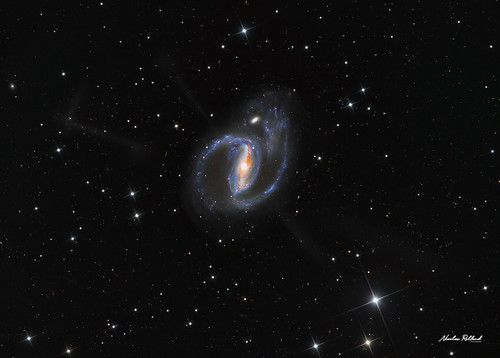 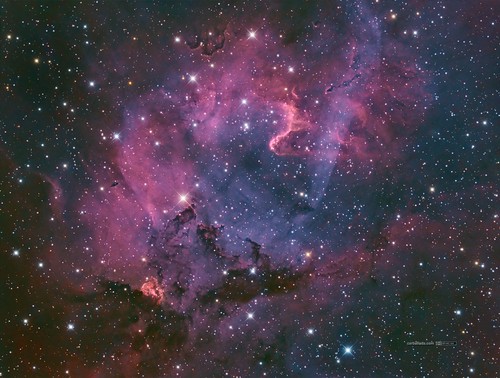 This dark nebula belongs to the head of the Lion Nebula or Sh2-132.

Amazing fight on this complex area where a large number of dark nebulae, emission gases and eruptive stars give to us this nice show.
I need to explore more in detail this region on my next captures!!!

On this picture, I integrated more than 75 hours in narrow band and rgb data to resolve all possible details and structures.
Processed on natural colors using a palette ha+Sii / Oiii / Oiii and RGB stars.
Top

Summer Milky way over Monteboaggine graveyard. Built during the middle ages, together with the nearby castle the castle It was owned by Montefeltro family. It was used until WWII and now It's completely abandoned.
Canon EOS 6D with Samyang 14mm f/2.8. 7x80s f/4 6400 ISO tracked with Stardventurer for the Sky. 1x100s 6400 ISO f/4 untracked for the landscape 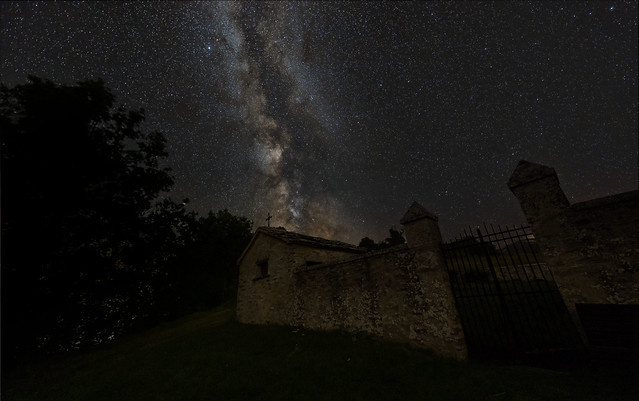 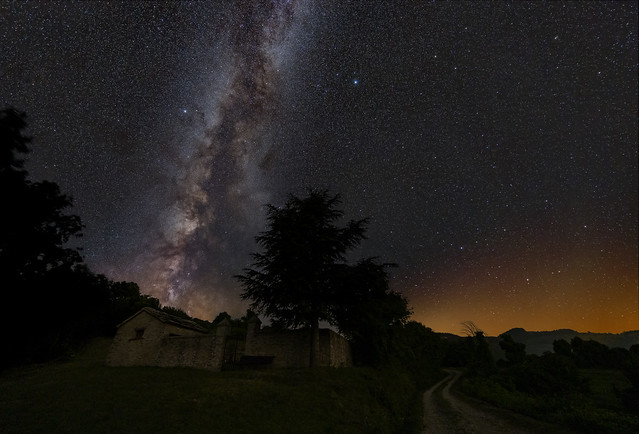 I began experimenting with mosaics in August. My first effort is the Veil Nebula.

The Veil Nebula is located in the constellation Cygnus and is an emission nebula generally agreed to be the remnant of a supernova that occurred between 5,000 and 15,000 years ago. The nebula itself is a cloud of ionized (charged) gas and particles resulting from the explosion of a large star. It is approximately 1,500 light years distant from us. The entire Veil from east to West is probably over 75 light years in diameter.

A great night this last 05th of September 2020, with an excellent seeing : I had the opportunity to use one of the 1-meter telescope of Calern Observatory in South of France. The result is I think excellent, with a very high resolution on Mars surface. We deem this is one of the most resolved picture of Mars made from ground

Clear skies to all

Jean-Pierre
You do not have the required permissions to view the files attached to this post.
Last edited by bystander on Sat Sep 12, 2020 2:24 pm, edited 1 time in total.
Reason: Please, no hot links to images > 500KB. Uploaded as an attachment.
Top

Hello! I've been working on this project for almost a month now and I think I'm finally done. It is of the very faint vdB 152 in Cepheus and is my first submission here!

Please see the above link for information considering the capture.