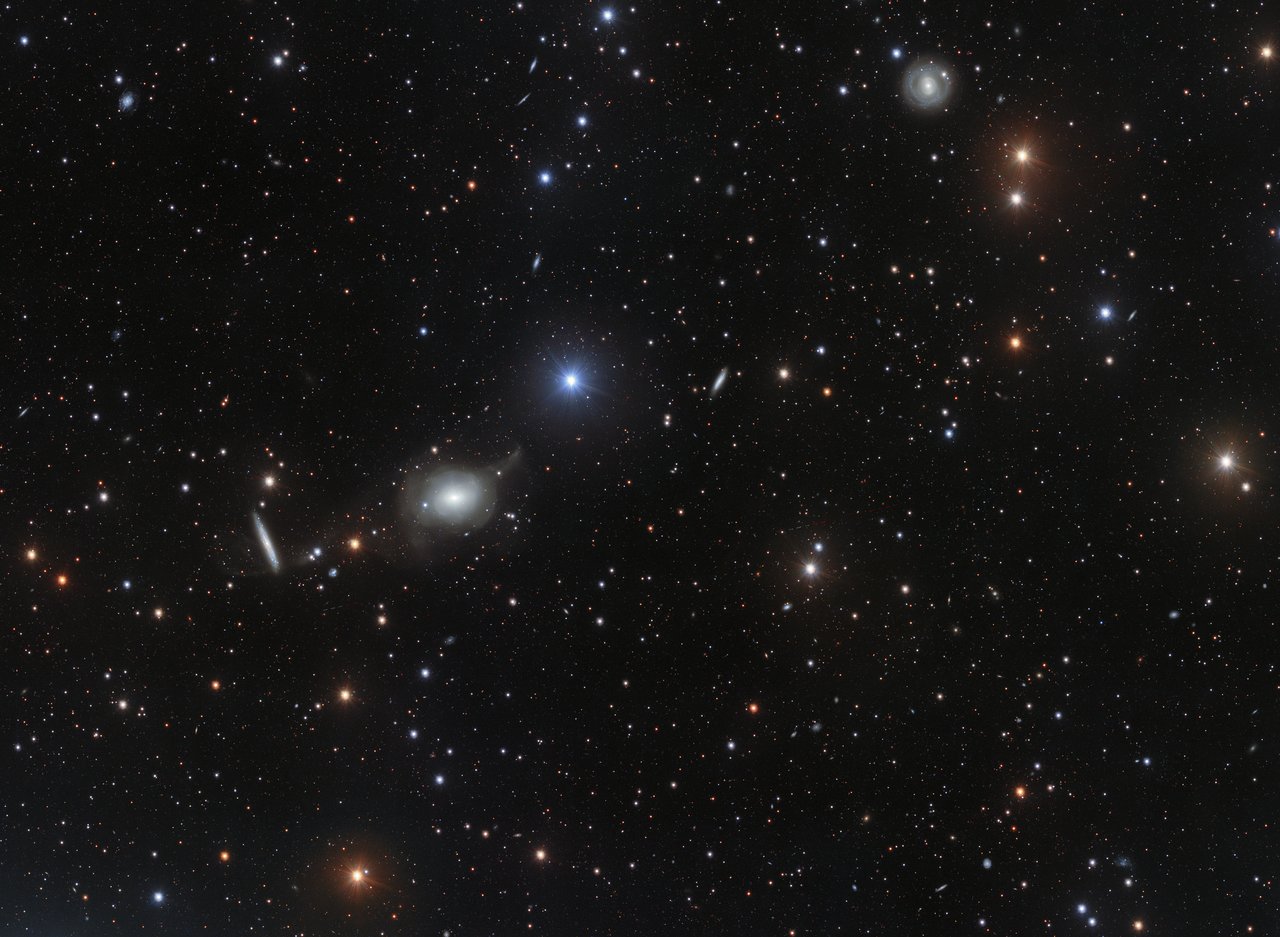 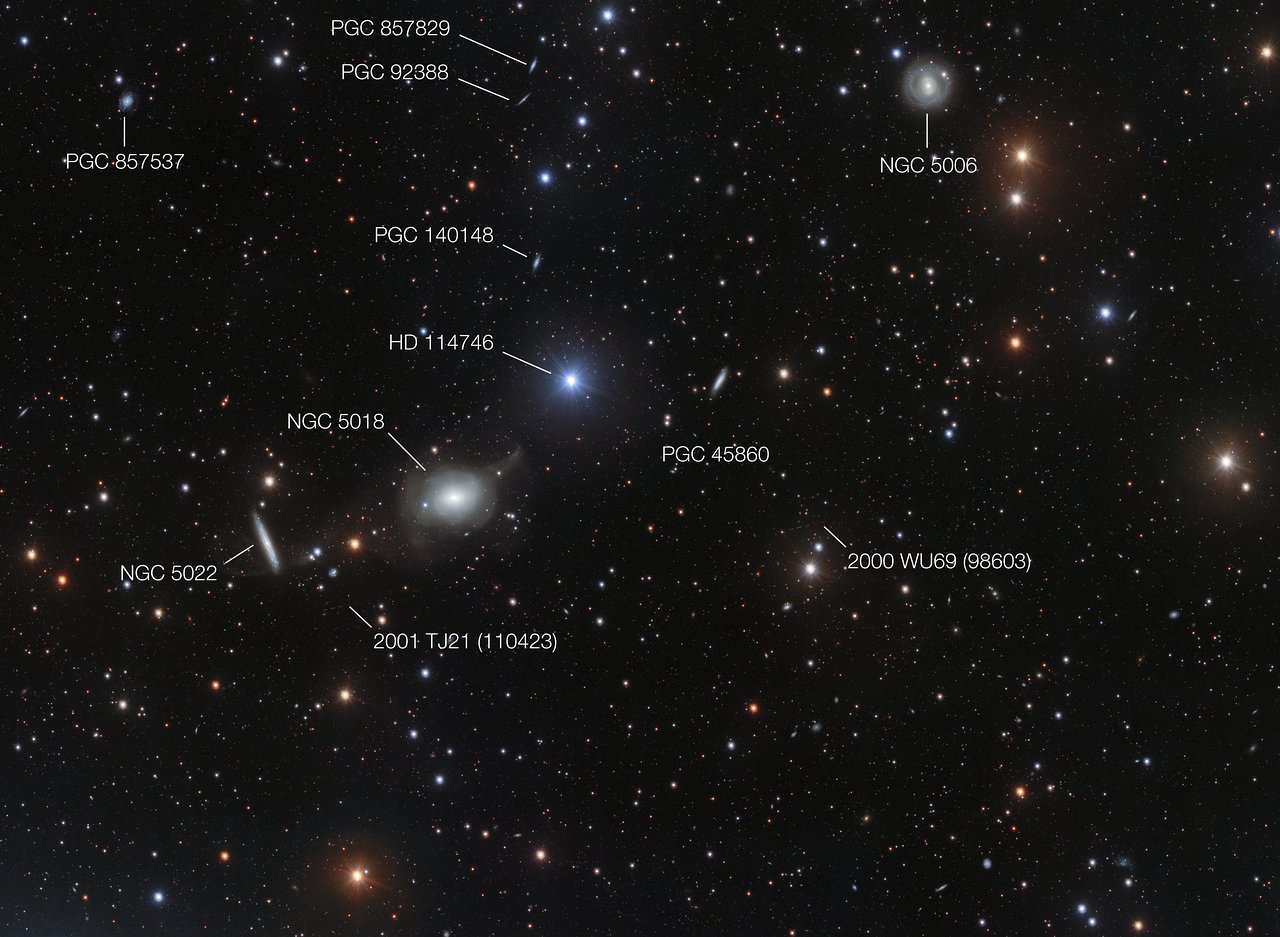 Credit: ESO/Spavone et al
A glittering host of galaxies populate this rich image taken with ESO’s VLT Survey Telescope, a state-of-the-art 2.6-m telescope designed for surveying the sky in visible light. The features of the multitude of galaxies strewn across the image allow astronomers to uncover the most delicate details of galactic structure.

Whereas ESO’s Very Large Telescope (VLT) can observe very faint astronomical objects in great detail, when astronomers want to understand how the huge variety of galaxies come into being they must turn to a different sort of telescope with a much bigger field of view. The VLT Survey Telescope (VST) is such a telescope. It was designed to explore vast swathes of the pristine Chilean night skies, offering astronomers detailed astronomical surveys of the southern hemisphere.

The powerful surveying properties of the VST led an international team of astronomers to conduct the VST Early-type GAlaxy Survey (VEGAS) [1] to examine a collection of elliptical galaxies in the southern hemisphere [2]. Using the sensitive OmegaCAM detector at the heart of the VST [3], a team led by Marilena Spavone from INAF-Astronomical Observatory of Capodimonte in Naples, Italy, captured images of a wide variety of such galaxies in different environments.

One of these galaxies is NGC 5018, the milky-white galaxy near the centre of this image. It lies in the constellation of Virgo (The Virgin) and may at first resemble nothing but a diffuse blob. But, on closer inspection, a tenuous stream of stars and gas — a tidal tail — can be seen stretching outwards from this elliptical galaxy. Delicate galactic features such as tidal tails and stellar streams are hallmarks of galactic interactions, and provide vital clues to the structure and dynamics of galaxies. ...


VEGAS: A VST Early-type GAlaxy Survey. III. Mapping the galaxy structure,
interactions and intragroup light in the NGC 5018 group - Marilena Spavone et al
Know the quiet place within your heart and touch the rainbow of possibility; be
alive to the gentle breeze of communication, and please stop being such a jerk. — Garrison Keillor
Top
1 post • Page 1 of 1