NASA has selected two new missions to advance our understanding of the Sun and its dynamic effects on space. One of the selected missions will study how the Sun drives particles and energy into the solar system and a second will study Earth’s response. ...

The Polarimeter to Unify the Corona and Heliosphere, or PUNCH, mission will focus directly on the Sun’s outer atmosphere, the corona, and how it generates the solar wind. Composed of four suitcase-sized satellites, PUNCH will image and track the solar wind as it leaves the Sun. The spacecraft also will track coronal mass ejections – large eruptions of solar material that can drive large space weather events near Earth – to better understand their evolution and develop new techniques for predicting such eruptions. ...

The second mission is Tandem Reconnection and Cusp Electrodynamics Reconnaissance Satellites, or TRACERS. The TRACERS investigation was partially selected as a NASA-launched rideshare mission, meaning it will be launched as a secondary payload with PUNCH. NASA’s Science Mission Directorate is emphasizing secondary payload missions as a way to obtain greater science return. TRACERS will observe particles and fields at the Earth’s northern magnetic cusp region – the region encircling Earth’s pole, where our planet’s magnetic field lines curve down toward Earth. Here, the field lines guide particles from the boundary between Earth’s magnetic field and interplanetary space down into the atmosphere. ...

UK scientists set to work with NASA on a new mission to study the Sun
UK Science and Technology Facilities Council | 2019 Jun 20
Know the quiet place within your heart and touch the rainbow of possibility; be
alive to the gentle breeze of communication, and please stop being such a jerk. — Garrison Keillor
Top


The Polarimeter to Unify the Corona and Heliosphere (PUNCH) mission has entered Phase B, which marks the transition from concept study to preliminary flight design. The mission, led by Southwest Research Institute, is set to launch in early 2023 and will image the Sun’s outer corona and beyond.

NASA selected SwRI in June 2019 to lead the PUNCH mission. PUNCH consists of four microsatellites the size of suitcases that will orbit the Earth in formation to study how the Sun’s atmosphere, or corona, connects with the interplanetary medium, and to provide the first global images of how the solar corona infuses the solar wind with mass and energy.

“In this phase, our team will advance the mission concept to a preliminary full design of the mission,” said Dr. Craig DeForest, scientist and program director in SwRI’s Space Science and Engineering Division. “The overall goal for the phase is to refine our existing concept design and make sure all the elements can come together on a practical level.” ... 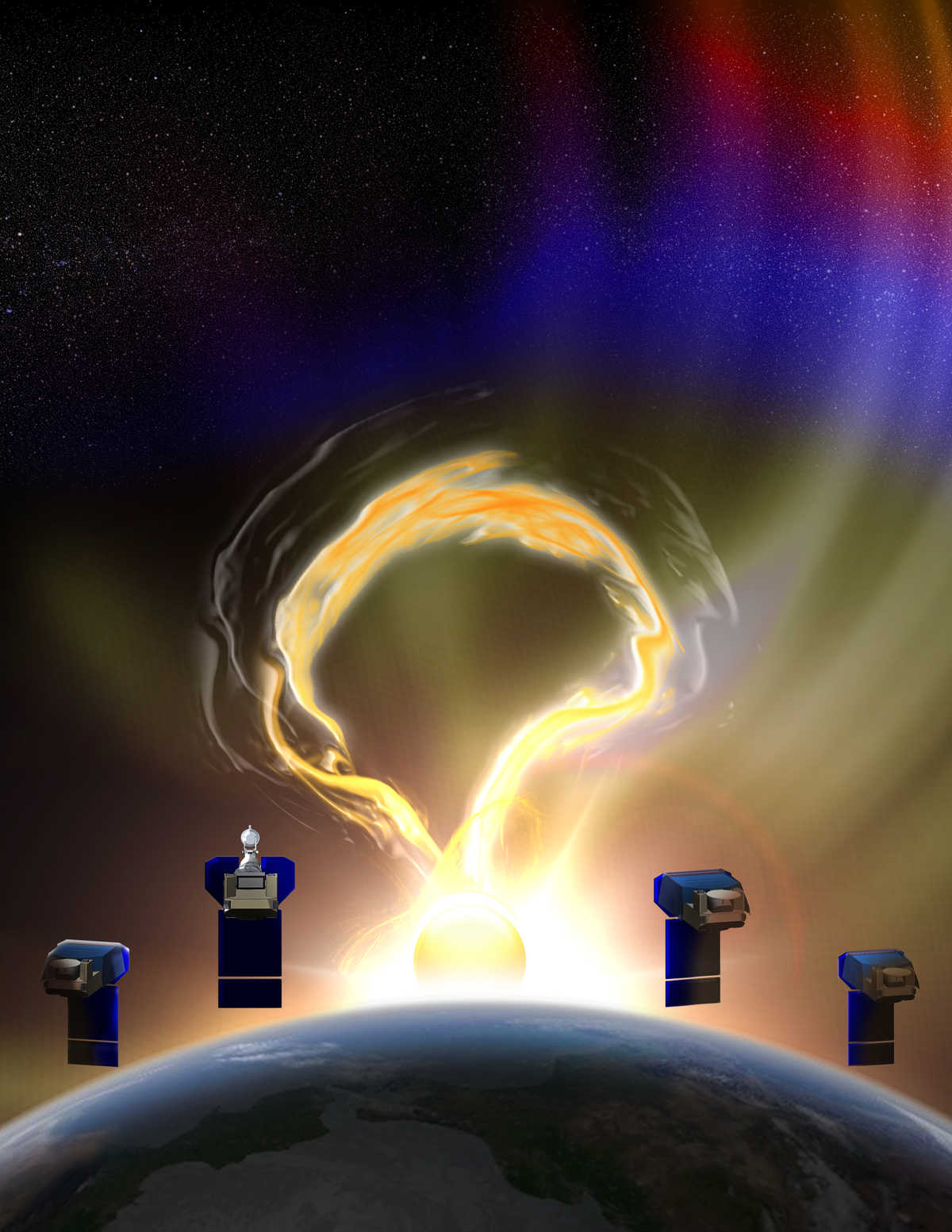 PUNCH proposes a constellation of four suitcase-sized satellites that will orbit the Earth, studying how the Sun’s corona connects with the interplanetary medium, to better understand how coronal structures infuse the solar wind with mass and energy. Courtesy: SwRI

“For over 50 years, we’ve studied the solar corona by remote imaging and the solar wind by direct sampling,” said PUNCH Principal Investigator Dr. Craig DeForest of SwRI’s Space Science and Engineering Division. “PUNCH will bridge that gap by imaging the solar wind itself as it leaves the outermost reaches of the Sun’s corona.”

The solar wind, a supersonic stream of charged particles emitted by the Sun, fills the heliosphere, the bubble-like region of space encompassing our solar system. Its boundary, where the interstellar medium and solar wind pressures balance, ends the sphere of the Sun’s influence.

PUNCH is a constellation of four separate suitcase-sized satellites scheduled to launch in 2023 into a polar orbit formation. One satellite carries a coronagraph, the Narrow Field Imager, that images the Sun’s corona continuously. The other three each carry SwRI-developed wide-angle cameras, Wide Field Imagers (WFI), optimized to image the solar wind. These four instruments work together to form a single field of view spanning 90 degrees of the sky, centered on the Sun. ... 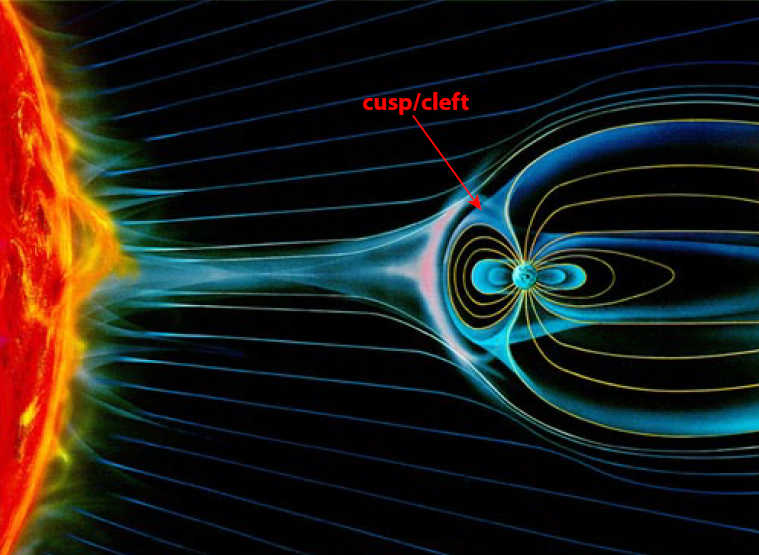 This false-color image of the Earth’s magnetosphere illustrates the depression in magnetic field strength in the northern and southern cusps. SwRI has designed an ion instrument for the TRACERS mission to investigate the variability of magnetic reconnection by obtaining measurements in the cusps. Credit: NASA/GSFC/N. A. Tsyganenko/C. T. Russell

NASA has approved the Tandem Reconnection and Cusp Electrodynamics Reconnaissance Satellites (TRACERS) mission to proceed to Phase B, which marks the transition from concept study to preliminary flight design. The satellites, led by the University of Iowa (UI) and managed by Southwest Research Institute, are set to launch in late 2023.

In addition to providing mission management and science services to UI, SwRI is developing the Analyzer for Cusp Ions (ACI) instrument, which will study how the magnetic fields of the Sun and the Earth interact through novel measurements in the polar cusps. Under a subcontract to Millennium Space Systems, SwRI is also managing the development of its two satellite bus platforms, supporting instrument integration and testing, and conducting mission operations.