Durham: 'Chameleon Theory' Could Change How We Think About Gravity

Durham: 'Chameleon Theory' Could Change How We Think About Gravity

Supercomputer Shows 'Chameleon Theory' Could Change How We Think About Gravity
Durham University | via phys.org | 2019 Jul 08 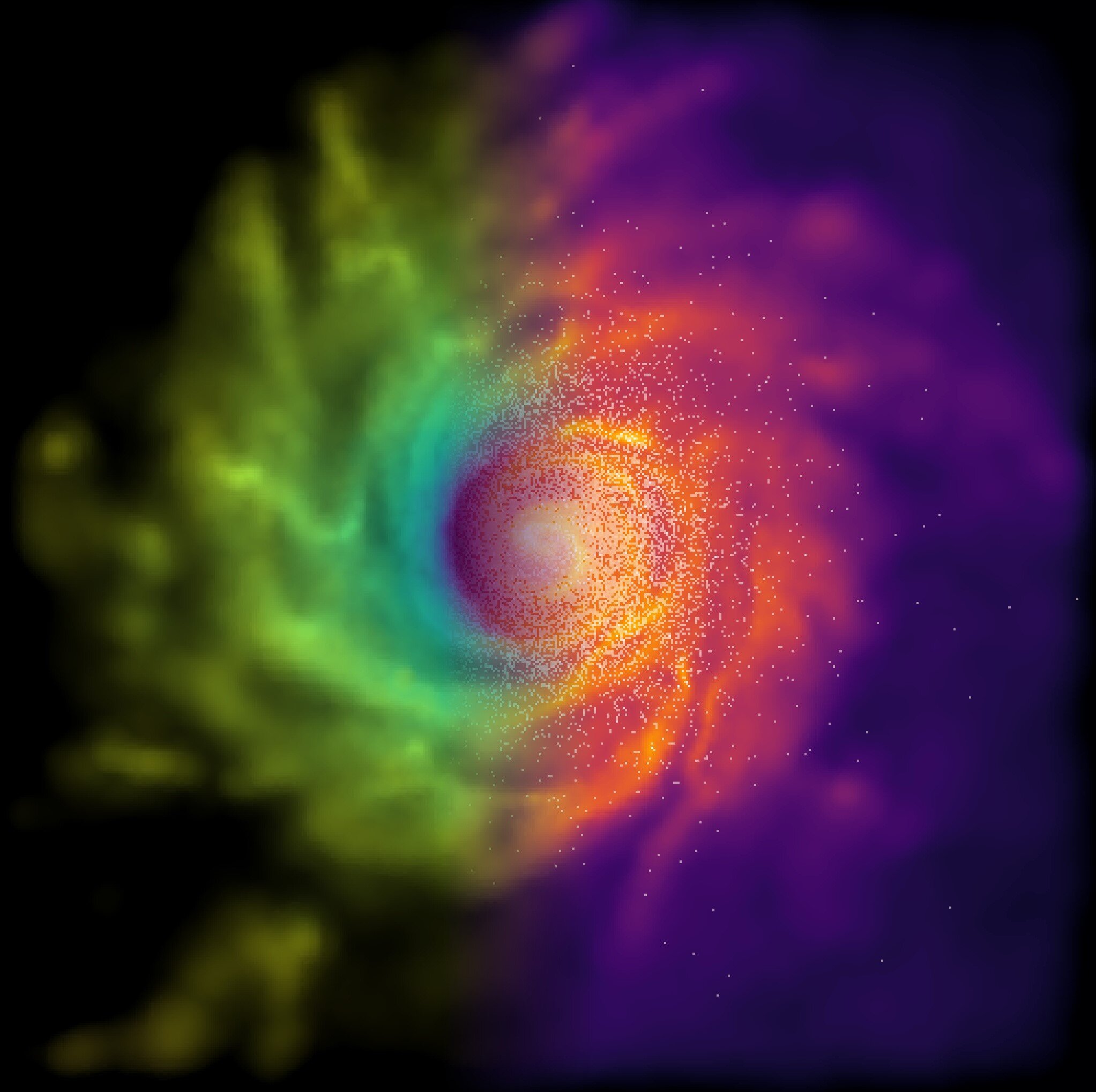 Supercomputer simulations of galaxies have shown that Einstein's theory of General Relativity might not be the only way to explain how gravity works or how galaxies form.

Physicists at Durham University, UK, simulated the cosmos using an alternative model for gravity—f(R)-gravity, a so called Chameleon Theory. The resulting images produced by the simulation show that galaxies like our Milky Way could still form in the universe even with different laws of gravity.

The findings show the viability of Chameleon Theory—so called because it changes behaviour according to the environment—as an alternative to General Relativity in explaining the formation of structures in the universe. The research could also help further understanding of dark energy—the mysterious substance that is accelerating the expansion rate of the universe. ...

General relativity was developed by Albert Einstein in the early 1900s to explain the gravitational effect of large objects in space, for example to explain the orbit of Mercury in the solar system. It is the foundation of modern cosmology but also plays a role in everyday life, for example in calculating GPS positions in smartphones.

Scientists already know from theoretical calculations that Chameleon Theory can reproduce the success of general relativity in the solar system. The Durham team has now shown that this theory allows realistic galaxies like our Milky Way to form and can be distinguished from general relativity on very large cosmological scales. ...


Realistic Simulations of Galaxy Formation in ƒ(R) Modified Gravity ~ Christian Arnold, Matteo Leo, Baojiu Li
Know the quiet place within your heart and touch the rainbow of possibility; be
alive to the gentle breeze of communication, and please stop being such a jerk. — Garrison Keillor
Top
1 post • Page 1 of 1