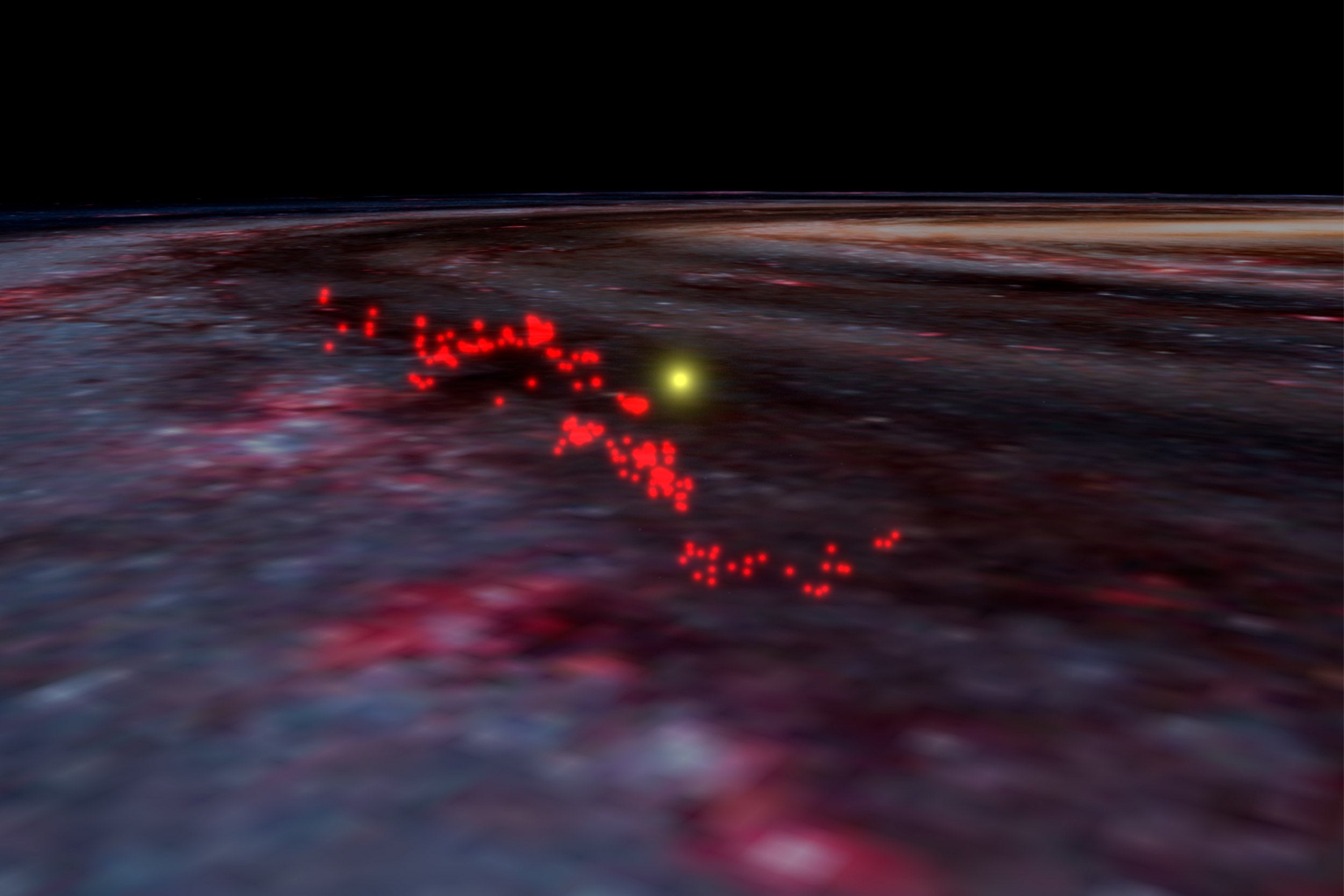 In this illustration, the 'Radcliffe Wave' data is overlaid on an image of the Milky Way galaxy. Credit: WorldWide Telescope, Alyssa Goodman

Astronomers at Harvard University have discovered a monolithic, wave-shaped gaseous structure — the largest ever seen in our galaxy — made up of interconnected stellar nurseries. Dubbed the “Radcliffe Wave” in honor of the collaboration’s home base, the Radcliffe Institute for Advanced Study, the discovery transforms a 150-year-old vision of nearby stellar nurseries as an expanding ring into one featuring an undulating, star-forming filament that reaches trillions of miles above and below the galactic disk.

The work, published in Nature, was enabled by a new analysis of data from the European Space Agency’s Gaia spacecraft, launched in 2013 with the mission of precisely measuring the position, distance, and motion of the stars. The research team’s innovative approach combined the super-accurate data from Gaia with other measurements to construct a detailed, 3D map of interstellar matter in the Milky Way, and noticed an unexpected pattern in the spiral arm closest to Earth.

The researchers discovered a long, thin structure, about 9,000 light-years long and 400 light-years wide, with a wave-like shape, cresting 500 light-years above and below the mid-plane of our galaxy’s disk. The Wave includes many of the stellar nurseries that were thought to form part of “Gould’s Belt,” a band of star-forming regions believed to be oriented in a ring around the sun. ...


A Galactic-Scale Gas Wave in the Solar Neighborhood ~ João Alves et al A Large Catalog of Accurate Distances to Local Molecular
Clouds: The Gaia DR2 Edition ~ Catherine Zucker et al
Know the quiet place within your heart and touch the rainbow of possibility; be
alive to the gentle breeze of communication, and please stop being such a jerk. — Garrison Keillor
Top

Amazing. And how much of a coincidence is it that we are located so close to this giant wave?

Perhaps giant waves are commonplace and seen all the time?