UCLA/Keck: Class of Strange Objects Discovered Near Sgr A*

UCLA/Keck: Class of Strange Objects Discovered Near Sgr A* 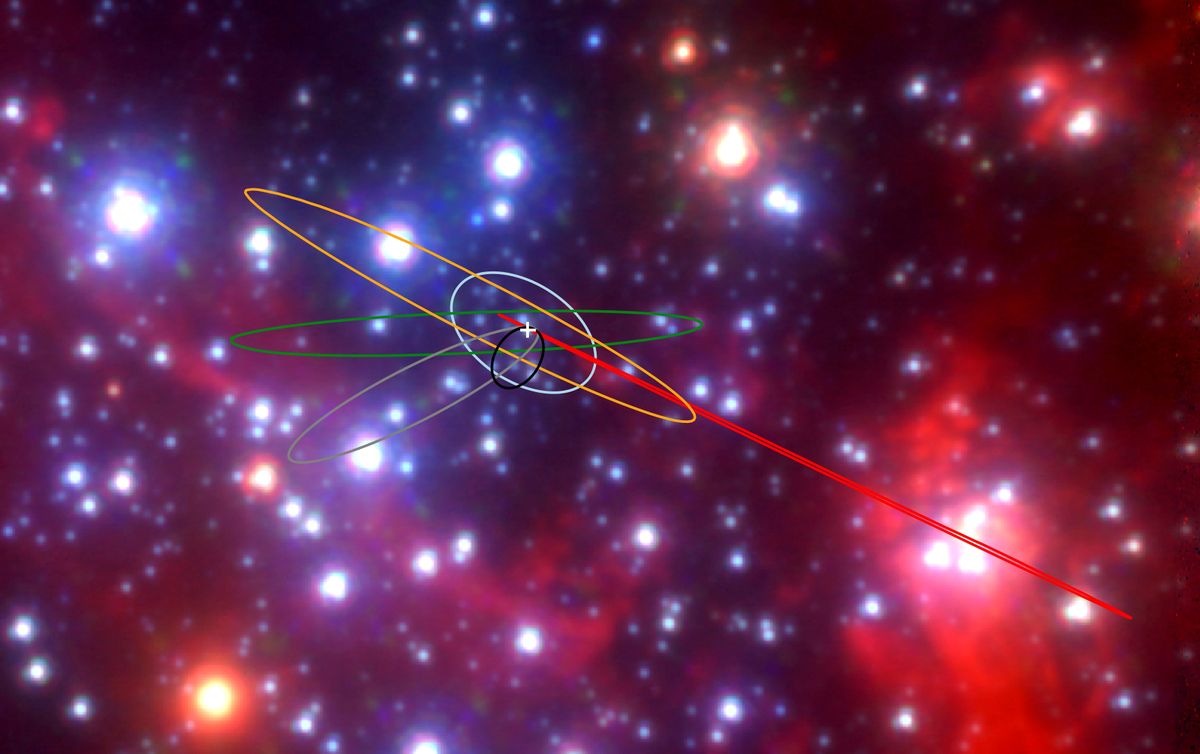 Image shows orbits of the G objects at the center of our galaxy, with the supermassive black hole indicated with a white cross. Stars, gas and dust are in the background. Credit: Anna Ciurlo, Tuan Do/UCLA Galactic Center Group

Astronomers from UCLA’s Galactic Center Orbits Initiative have discovered a new class of bizarre objects at the center of our galaxy, not far from the supermassive black hole called Sagittarius A*. ...

“These objects look like gas and behave like stars,” said co-author Andrea Ghez, UCLA’s Lauren B. Leichtman and Arthur E. Levine Professor of Astrophysics and director of the UCLA Galactic Center Group.

The new objects look compact most of the time and stretch out when their orbits bring them closest to the black hole. Their orbits range from about 100 to 1,000 years, said lead author Anna Ciurlo, a UCLA postdoctoral researcher.

Ghez’s research group identified an unusual object at the center of our galaxy in 2005, which was later named G1. In 2012, astronomers in Germany made a puzzling discovery of a bizarre object named G2 in the center of the Milky Way that made a close approach to the supermassive black hole in 2014. Ghez and her research team believe that G2 is most likely two stars that had been orbiting the black hole in tandem and merged into an extremely large star, cloaked in unusually thick gas and dust. ...


A Population of Dust-Enshrouded Objects Orbiting the Galactic Black Hole ~ Anna Ciurlo et al
Know the quiet place within your heart and touch the rainbow of possibility; be
alive to the gentle breeze of communication, and please stop being such a jerk. — Garrison Keillor
Top
1 post • Page 1 of 1