MPIA: Heat Wave Signals the Growth of a Stellar Embryo

MPIA: Heat Wave Signals the Growth of a Stellar Embryo 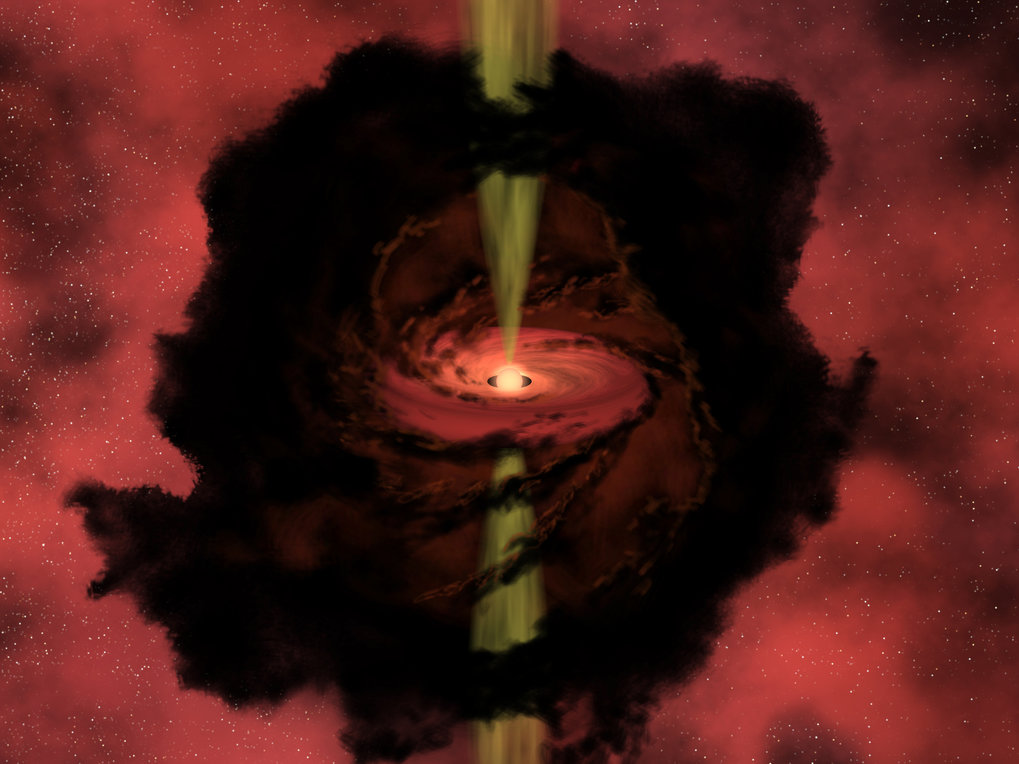 Artistic impression of a protostar that accretes gas from a circumstellar disk and grows. Part of the material is ejected by jets perpendicular to the plane of the disk. Gas continues to fall from the outer shell onto the disk. This can produce instabilities, which occasionally lead to increased infall onto the protostar. Since protostars are deeply embedded in dense clouds, they are difficult to observe directly. Credit: NASA/JPL-Caltech/R. Hurt (SSC)

An international research team with the Max Planck Institute for Astronomy (MPIA) participating has detected a propagating heat wave near a massive protostar. It confirms the scenario that such objects grow in bursts. This wave became visible by observing naturally generated microwave lasers, whose spatial arrangement changed unexpectedly rapid.

Although the basic principles of star formation are generally well understood, the existence of massive stars is still puzzling in some details. Due to the enormous gravitational pressure inside a massive protostar, nuclear fusion starts while it is still growing. Further growth is made more difficult by the radiation pressure of the young star. In order to overcome this resistance, the accretion of material from a circumstellar disk might occur in phases of single large packets. During this process its brightness increases strongly for a short time. However, such fluctuations are difficult to observe because protostars are deeply embedded in dense clouds.

An international network of astronomers, the Maser Monitoring Organisation (M2O), in which the Max Planck Institute for Astronomy (MPIA) is involved, has now detected a heat wave propagating in the vicinity of the massive protostar G358-MM1 through observations with several radio telescopes. Subsequent observations have confirmed that it was caused by a temporary increase in accretion activity. ...


A Heatwave of Accretion Energy Traced by Masers in the G358-MM1 High-Mass Protostar ~ R. A. Burns et al
Know the quiet place within your heart and touch the rainbow of possibility; be
alive to the gentle breeze of communication, and please stop being such a jerk. — Garrison Keillor
Top
1 post • Page 1 of 1