Robotic spacecraft will be able to communicate with the dish using radio waves and lasers. 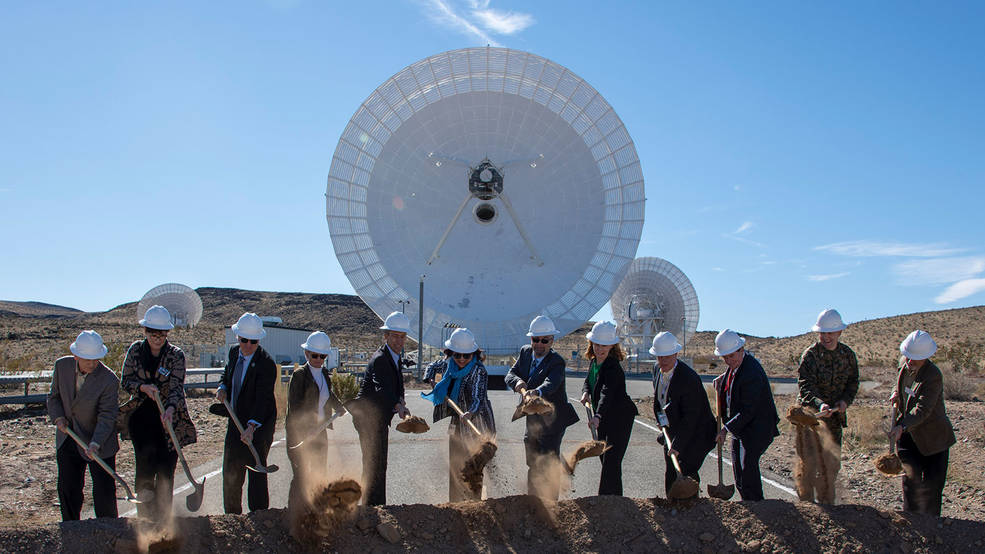 On Feb. 11, 2020, NASA, JPL, military and local officials broke ground in Goldstone, California, for a new antenna in the agency's Deep Space Network, which communicates with all its deep space missions. Credit: NASA/JPL-Caltech

Surrounded by California desert, NASA officials broke ground Tuesday, Feb. 11, on a new antenna for communicating with the agency's farthest-flung robotic spacecraft. Part of the Deep Space Network (DSN), the 112-foot-wide (34-meter-wide) antenna dish being built represents a future in which more missions will require advanced technology, such as lasers capable of transmitting vast amounts of data from astronauts on the Martian surface. As part of its Artemis program NASA will send the first woman and next man to the Moon by 2024, applying lessons learned there to send astronauts to Mars.

Using massive antenna dishes, the agency talks to more than 30 deep space missions on any given day, including many international missions. As more missions have launched and with more in the works, NASA is looking to strengthen the network. When completed in 2½ years, the new dish will be christened Deep Space Station-23 (DSS-23), bringing the DSN's number of operational antennas to 13. ...