First Scientific Result by the New Spectrograph on the Subaru Telescope 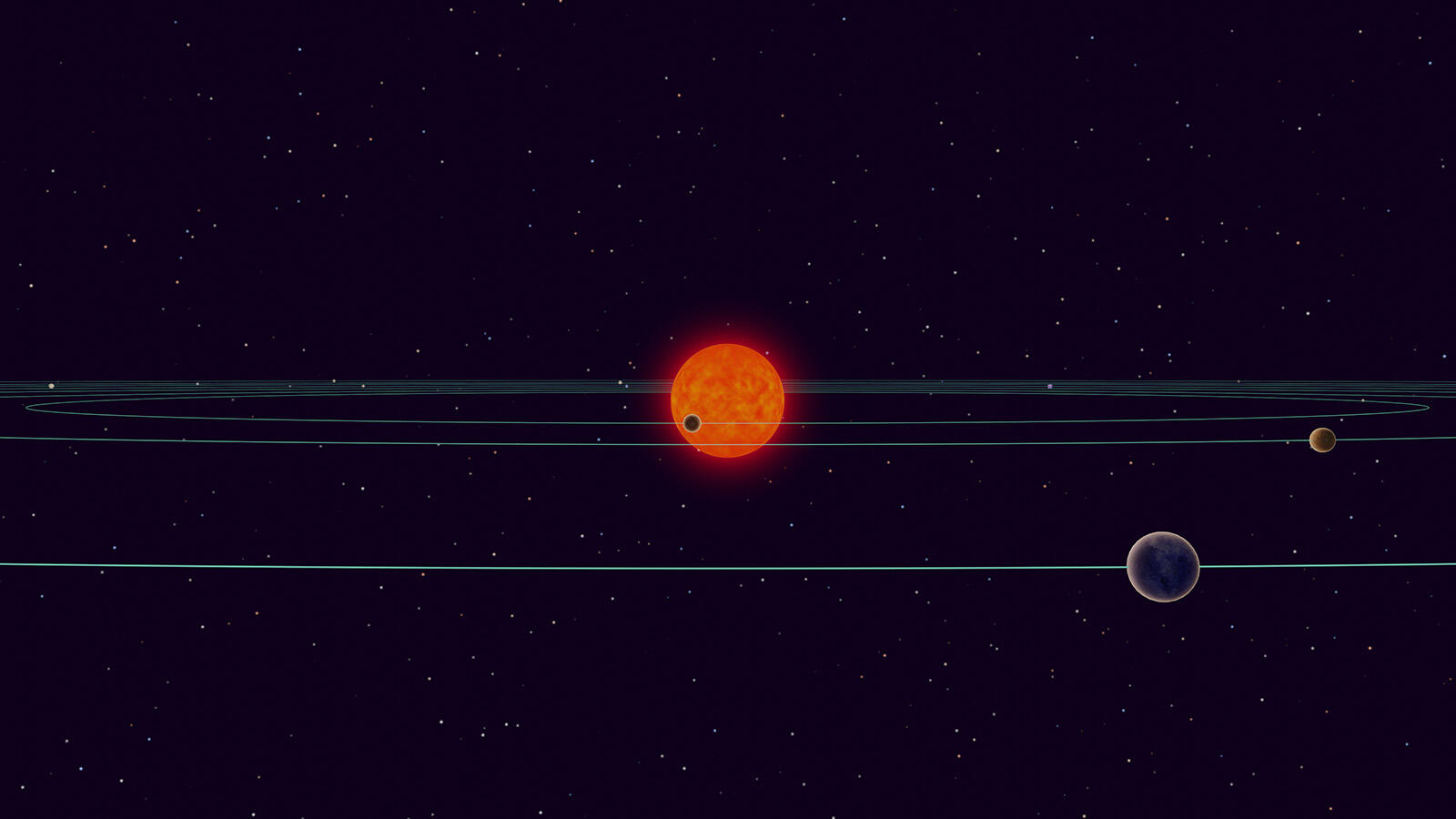 Astronomers using the Subaru Telescope have determined that the Earth-like planets of the TRAPPIST-1 system are not significantly misaligned with the rotation of the star. This is an important result for understanding the evolution of planetary systems around very low-mass stars in general, and in particular the history of the TRAPPIST-1 planets including the ones near the habitable zone.

Stars like the Sun are not static, but rotate about an axis. This rotation is most noticeable when there are features like sunspots on the surface of the star. In the Solar System, the orbits of all of the planets are aligned to within 6 degrees with the Sun’s rotation. In the past it was assumed that planetary orbits would be aligned with the rotation of the star, but there are now many known examples of exoplanet systems where the planetary orbits are strongly misaligned with the central star’s rotation. This raises the question: can planetary systems form out of alignment, or did the observed misaligned systems start out aligned and were later thrown out of alignment by some perturbation? The TRAPPIST-1 system has attracted attention because it has three small rocky planets located in or near the habitable zone where liquid water can exist. The central star is a very low-mass and cool star, called an M dwarf, and those planets are situated very close to the central star. Therefore, this planetary system is very different from our Solar System. Determining the history of this system is important because it could help determine if any of the potentially habitable planets are actually inhabitable. But it is also an interesting system because it lacks any nearby objects which could have perturbed the orbits of the planets, meaning that the orbits should still be located close to where the planets first formed. This gives astronomers a chance to investigate the primordial conditions of the system. ...


Evidence for Spin–Orbit Alignment in the TRAPPIST-1 System ~ Teruyuki Hirano et al
viewtopic.php?t=36874
Know the quiet place within your heart and touch the rainbow of possibility; be
alive to the gentle breeze of communication, and please stop being such a jerk. — Garrison Keillor
Top
1 post • Page 1 of 1