An extremely rare type of supernova, the event is poised to offer insights into several long-standing mysteries, including what causes white dwarfs to explode, how dark energy accelerates the cosmos and how the universe creates heavy metals, such as iron. ...

Using the Zwicky Transient Facility in California, researchers first spotted the peculiar supernova in December 2019 -- just a day after it exploded. The event, dubbed SN2019yvq, occurred in a relatively nearby galaxy located 140 million light-years from Earth, very close to tail of the dragon-shaped Draco constellation.

Within hours, astrophysicists used NASA’s Neil Gehrels Swift Observatory to study the phenomenon in ultraviolet and X-ray wavelengths. They immediately classified SN2019yvq as a Type Ia (pronounced “one-A”) supernova, a fairly frequent event that occurs when a white dwarf explodes. ...

The rare flash, which lasted for a couple days, indicates that something inside or nearby the white dwarf was incredibly hot. Because white dwarfs become cooler and cooler as they age, the influx of heat puzzled astronomers. ...


The Spectacular Ultraviolet Flash from the Peculiar Type Ia Supernova 2019yvq ~ A. A. Miller et al
You do not have the required permissions to view the files attached to this post.
Know the quiet place within your heart and touch the rainbow of possibility; be
alive to the gentle breeze of communication, and please stop being such a jerk. — Garrison Keillor
Top 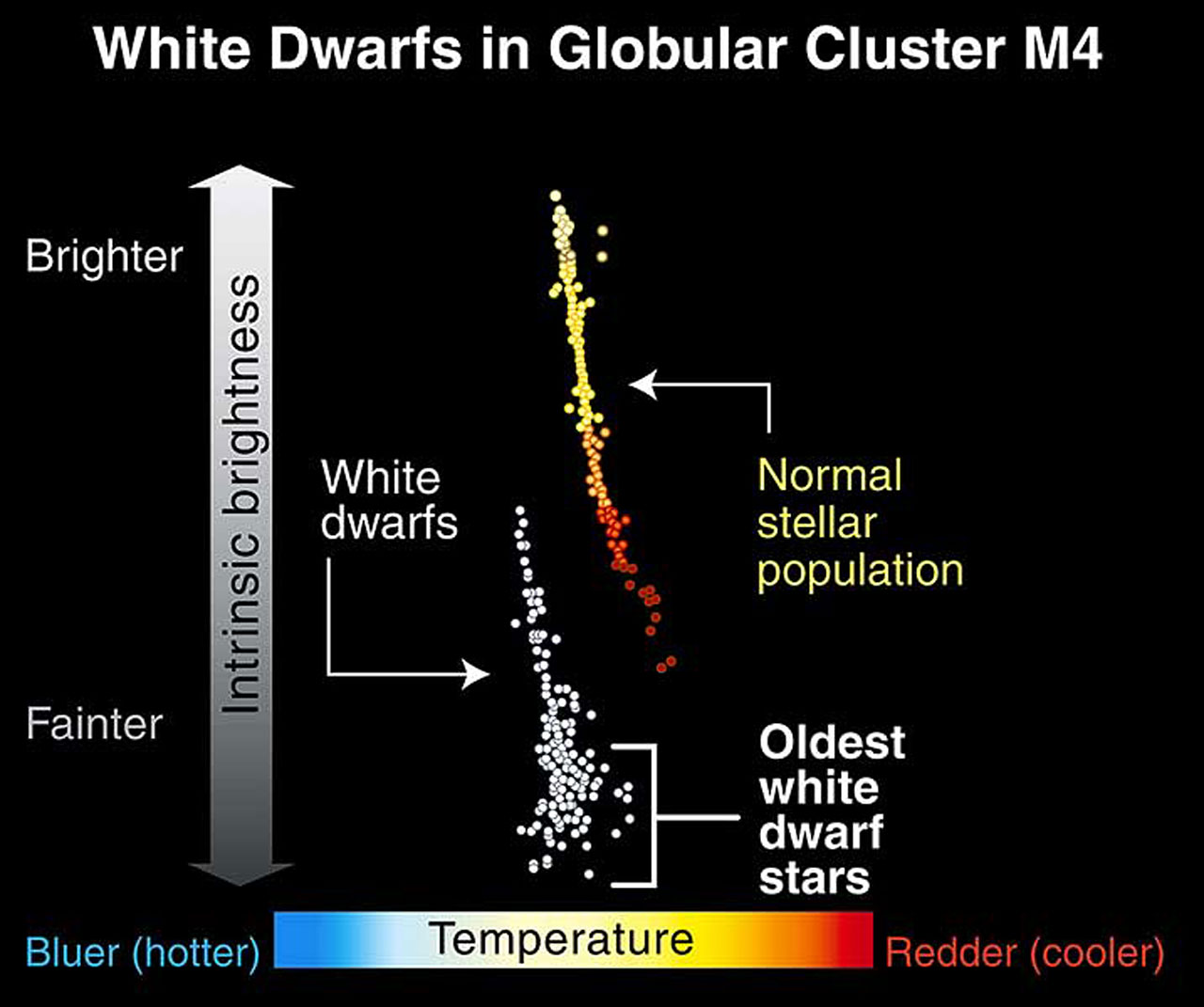 White dwarfs are not cool objects in our circa 13.7 billion-year-old Universe. Even the white dwarfs in the >12 billion-year-old globular cluster M4 are systematically warmer than the main sequence stars in the same cluster, even though most (or all) of them have had billions of years to cool after they (violently or gently) shed their outer layers.

It is certainly true that something must have become very hot during the UV flash of the white dwarf. Note, however, that the source of the flash can't have become too hot, because in that case it would have been an X-ray flash.