CXC: Debris from Stellar Explosion Not Slowed after 400 Years

CXC: Debris from Stellar Explosion Not Slowed after 400 Years 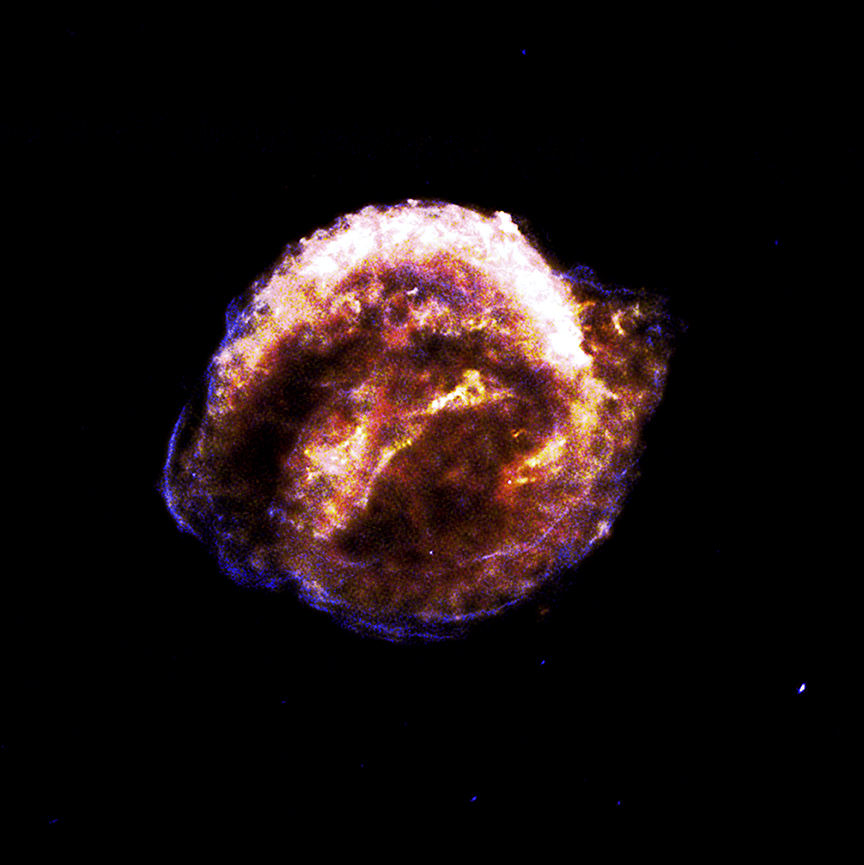 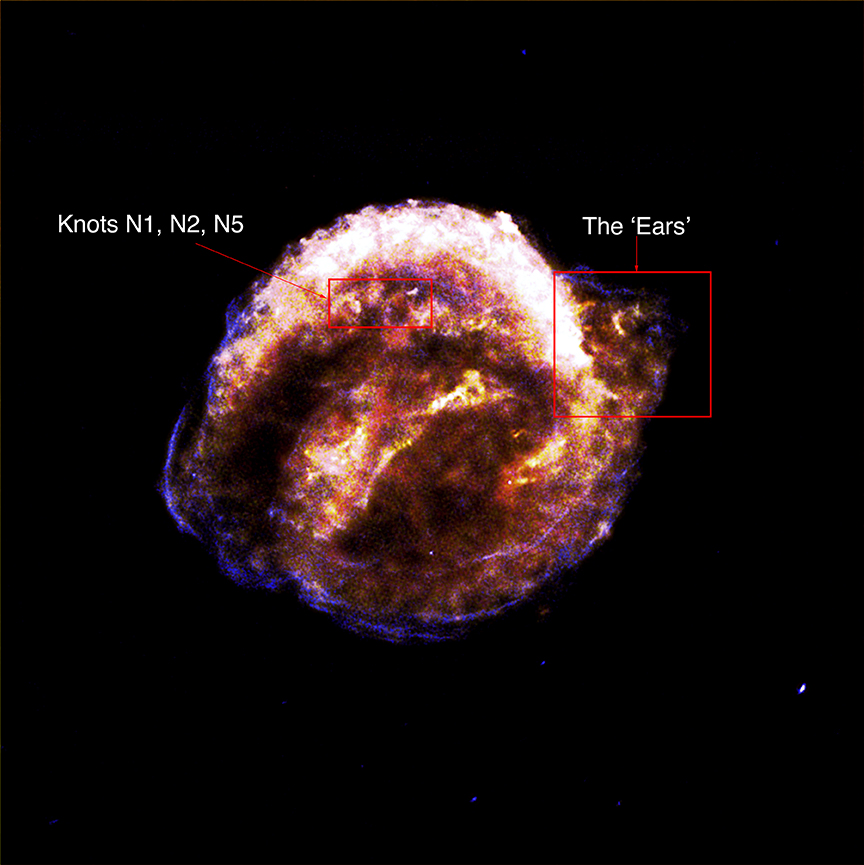 Kepler's Supernova Remnant (SN 1604) 2014
Credit: NASA/CXC/Univ of Texas at Arlington/M. Millard et al
Astronomers have used NASA's Chandra X-ray Observatory to record material blasting away from the site of an exploded star at speeds faster than 20 million miles per hour. This is about 25,000 times faster than the speed of sound on Earth.

Kepler's supernova remnant is the debris from a detonated star that is located about 20,000 light years away from Earth in our Milky Way galaxy. In 1604 early astronomers, including Johannes Kepler who became the object's namesake, saw the supernova explosion that destroyed the star.

We now know that Kepler's supernova remnant is the aftermath of a so-called Type Ia supernova, where a small dense star, known as a white dwarf, exceeds a critical mass limit after interacting with a companion star and undergoes a thermonuclear explosion that shatters the white dwarf and launches its remains outward.


An Ejecta Kinematics Study of Kepler's Supernova Remnant
with High-resolution Chandra HETG Spectroscopy ~ Matthew J. Millard et al Freely Expanding Knots of X-Ray-Emitting Ejecta in Kepler's Supernova Remnant ~ Toshiki Sato et al
Know the quiet place within your heart and touch the rainbow of possibility; be
alive to the gentle breeze of communication, and please stop being such a jerk. — Garrison Keillor
Top

Re: CXC: Debris from Stellar Explosion Not Slowed after 400 Years

Not much mystery here. Near perfect vacuum can't cause much drag.
Just as zero is not equal to infinity, everything coming from nothing is illogical.
Top
2 posts • Page 1 of 1