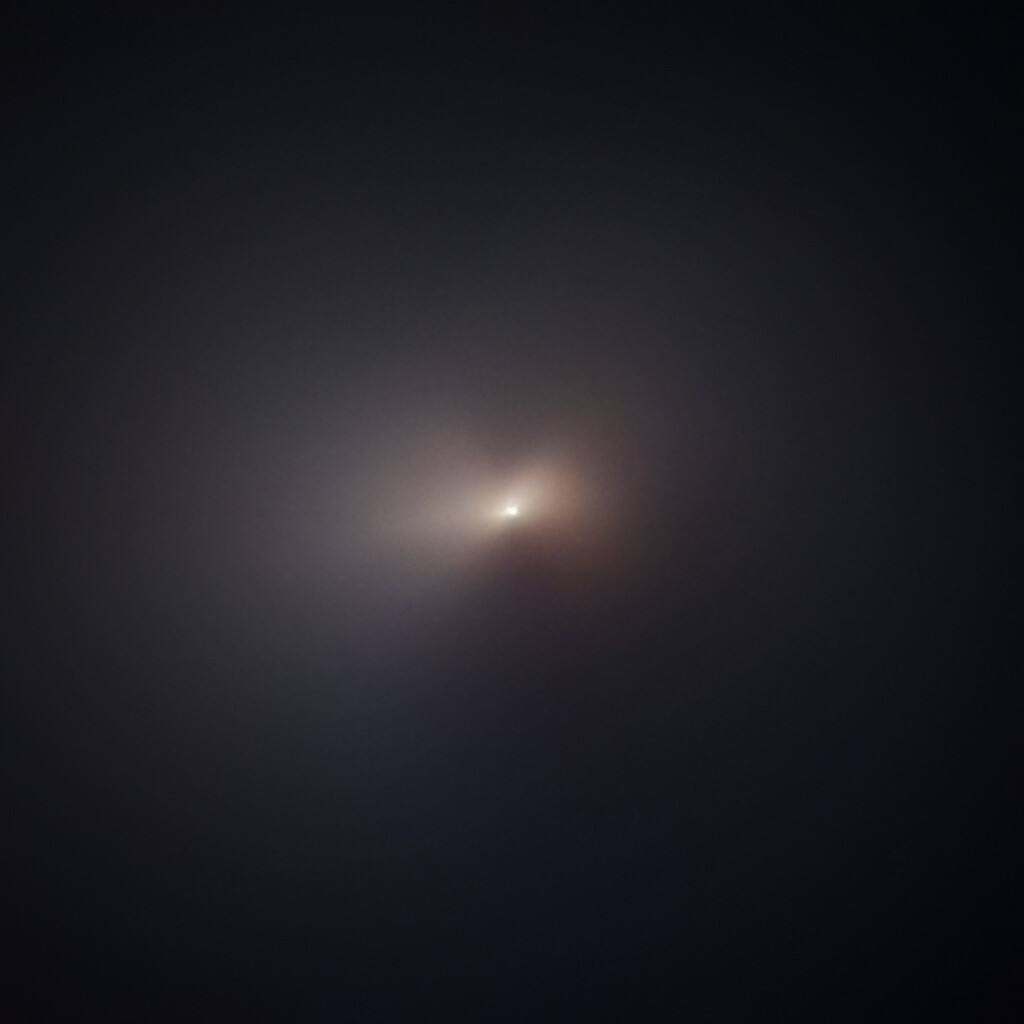 The NASA/ESA Hubble Space Telescope has captured the closest images yet of the sky’s latest visitor to make the headlines, comet C/2020 F3 NEOWISE, after it passed by the Sun. The new images of the comet were taken on 8 August and feature the visitor’s coma, the fine shell that surrounds its nucleus, and its dusty output.

Comet NEOWISE is the brightest comet visible from the Northern Hemisphere since 1997’s Hale-Bopp comet. It’s estimated to be travelling at over 60 kilometres per second. The comet’s closest approach to the Sun was on 3 July and it’s now heading back to the outer reaches of the Solar System, not to pass through our neighbourhood again for another 7000 years. ...

Comets often break apart due to thermal and gravitational stresses at such close encounters, but Hubble's view suggests that NEOWISE's solid nucleus stayed intact. This heart of the comet is too small to be seen directly by Hubble. The ball of ice may be no more than 4.8 kilometres across. But the Hubble image does captures a portion of the vast cloud of gas and dust enveloping the nucleus, which measures about 18 000 kilometres across in this image.

Hubble's observation also resolves a pair of jets from the nucleus shooting out in opposite directions. They emerge from the comet's core as cones of dust and gas, and then are curved into broader fan-like structures by the rotation of the nucleus. Jets are the result of ice sublimating beneath the surface with the resulting dust/gas being squeezed out at high velocity. ...

Surviving the Sun
California Institute of Technology | 2020 Aug 21
Know the quiet place within your heart and touch the rainbow of possibility; be
alive to the gentle breeze of communication, and please stop being such a jerk. — Garrison Keillor
Top
1 post • Page 1 of 1