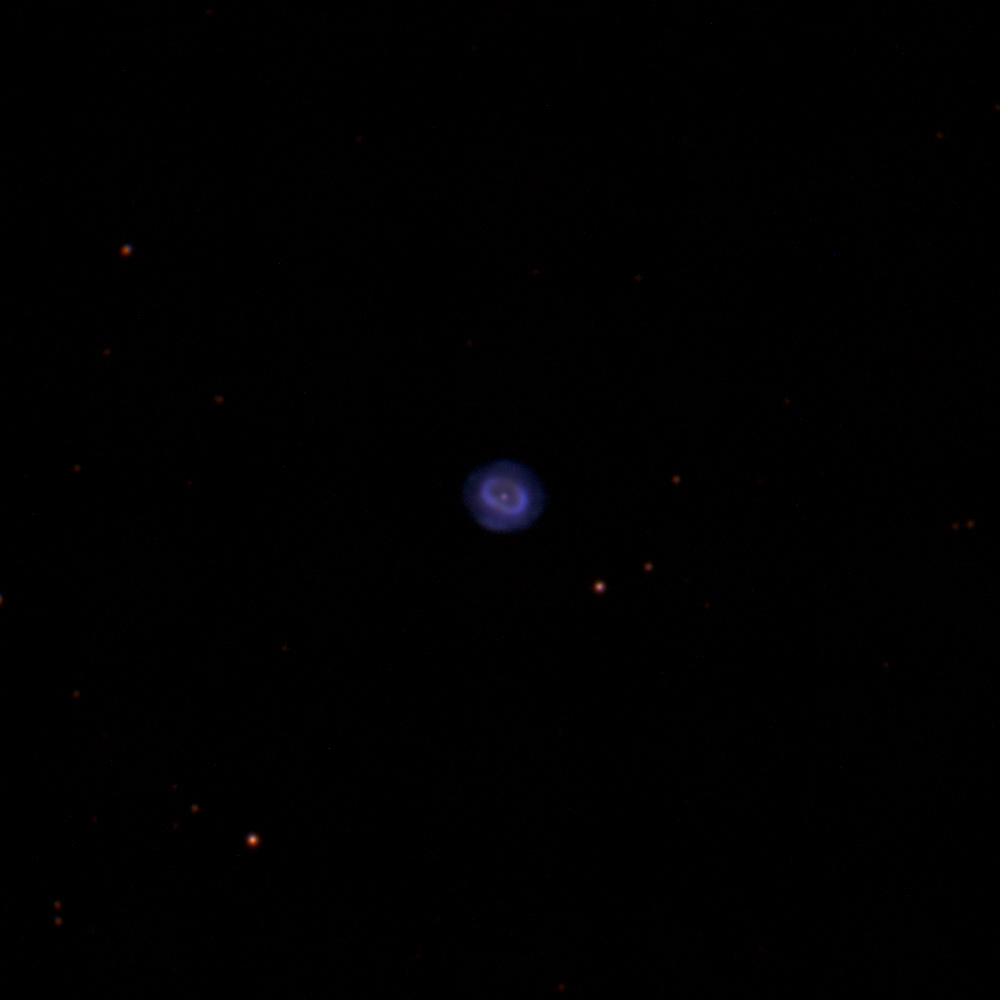 An image of the 'Blue Snowball' planetary nebula taken with the Florida State University Observatory. The supernova LSQ14fmg exploded in a system similar to this, with a central star losing a copious amount of mass through a stellar wind. When the mass loss abruptly stopped, it created a ring of material surrounding the star. Courtesy of Eric Hsiao

An unusual stellar explosion is shining new light on the origins of a specific subgroup of Type Ia supernovae.

Called LSQ14fmg, the exploding star exhibits certain characteristics that are unlike any other supernova. For example, its brightness increases at an extremely slow rate compared to other Type Ia supernovae. Despite this, it is also one of the brightest explosions in its class. ...

While the precise details of the explosion are still unknown, it is believed to be triggered when the white dwarf approaches a critical mass. However, some Type Ia supernovae, such as LSQ14fmg, are mysteriously able to exceed this mass before exploding. Astronomers call them “super-Chandrasekhar” supernovae after the scientist who first discovered this association between a white dwarf’s mass and its stability.

... the research team made a surprising discovery about the other half of the two-star system of which LSQ14fmg’s progenitor was a part. Their findings, which could explain the existence of “super-Chandrasekhar” supernovae ...

These observations led to their conclusion—the supernova was exploding inside what had been an Asymptotic Giant Branch or AGB star, an aging stellar type that late in its life is surrounded by a dusty shell of hot gas.

Initially, the system’s central star was having a copious amount of mass stripped away by a stellar wind, but then the mass loss was turned off abruptly, creating a shell of surrounding material. Soon after the supernova exploded, it impacted this shell and produced the observed luminousness and slow brightening. ...

Carnegie Supernova Project II: The Slowest Rising Type Ia Supernova LSQ14fmg
and Clues to the Origin of Super-Chandrasekhar/03fg-like Events ~ E. Y. Hsiao et al
Know the quiet place within your heart and touch the rainbow of possibility; be
alive to the gentle breeze of communication, and please stop being such a jerk. — Garrison Keillor
Top

These observations led to their conclusion—the supernova was exploding inside what had been an Asymptotic Giant Branch or AGB star, an aging stellar type that late in its life is surrounded by a dusty shell of hot gas.

A White Dwarf orbiting inside an AGB! Awesome explanation.
Just as zero is not equal to infinity, everything coming from nothing is illogical.
Top
2 posts • Page 1 of 1