It's the first time machine learning has been used to find previously unknown craters on the Red Planet. 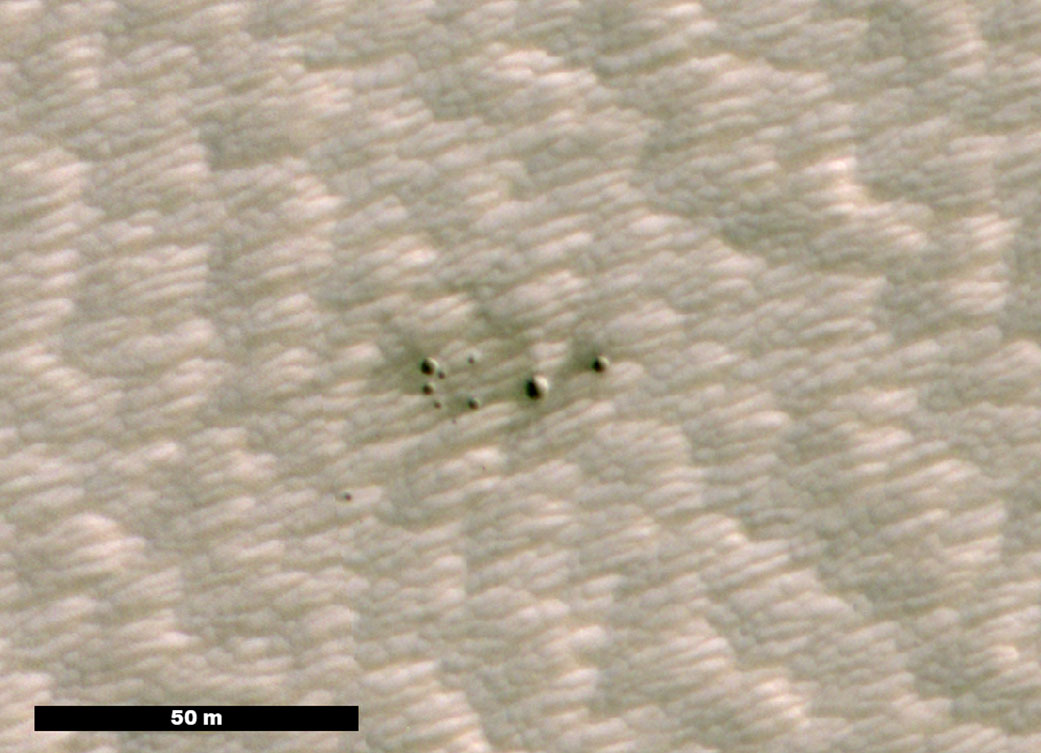 The HiRISE camera aboard NASA's Mars Reconnaissance Orbiter took this image of a crater cluster on Mars, the first ever to be discovered AI. The AI first spotted the craters in images taken the orbiter's Context Camera; scientists followed up with this HiRISE image to confirm the craters. Credits: NASA/JPL-Caltech/University of Arizona

Sometime between March 2010 and May 2012, a meteor streaked across the Martian sky and broke into pieces, slamming into the planet’s surface. The resulting craters were relatively small -- just 13 feet (4 meters) in diameter. The smaller the features, the more difficult they are to spot using Mars orbiters. But in this case -- and for the first time -- scientists spotted them with a little extra help: artificial intelligence (AI).

It’s a milestone for planetary scientists and AI researchers at NASA’s Jet Propulsion Laboratory in Southern California, who worked together to develop the machine-learning tool that helped make the discovery. The accomplishment offers hope for both saving time and increasing the volume of findings.

Only the blast marks around an impact will stand out in these images, not the individual craters, so the next step is to take a closer look with the High-Resolution Imaging Science Experiment, or HiRISE. The instrument is so powerful that it can see details as fine as the tracks left by the Curiosity Mars rover. ...