Cosmic Star Formation History ~ Credit: ICRAR
Astronomers from the University of Western Australia’s node of the International Centre for Radio Astronomy Research (ICRAR) have developed a new way to study star formation in galaxies from the dawn of time to today. ...

Understanding how galaxies formed stars billions of years ago requires the very difficult task of using powerful telescopes to observe galaxies many billions of light-years away in the distant universe. However, nearby galaxies are much easier to observe. Using the light from these local galaxies, astronomers can forensically piece together the history of their lives (called their star-formation history). This allows researchers to determine how and when they formed stars in their infancy, billions of years ago, without struggling to observe galaxies in the distant universe. ...

Using a new algorithm to model the energy and wavelengths of light coming from almost 7,000 nearby galaxies, the researchers succeeded in reconstructing when most of the stars in the universe formed -- in agreement with telescope observations for the first time. ...


Galaxy And Mass Assembly (GAMA): A Forensic SED Reconstruction of the
Cosmic Star-Formation History and Metallicity Evolution by Galaxy Type ~ Sabine Bellstedt et al
Know the quiet place within your heart and touch the rainbow of possibility; be
alive to the gentle breeze of communication, and please stop being such a jerk. — Garrison Keillor
Top 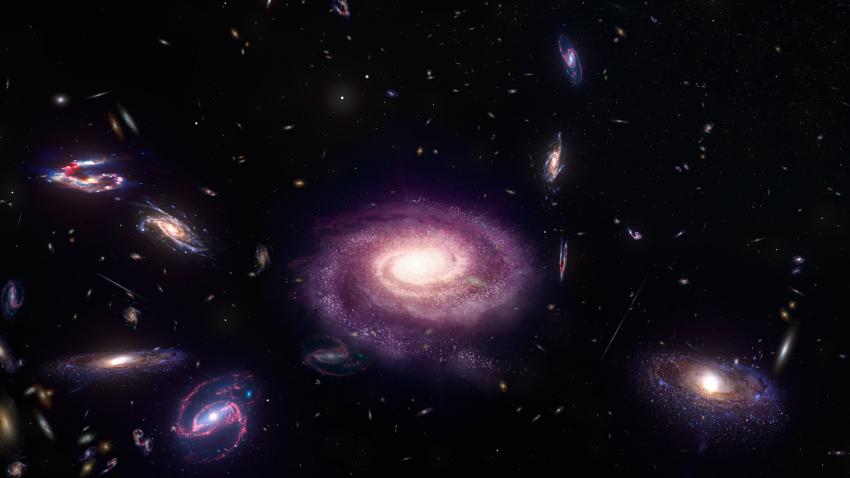 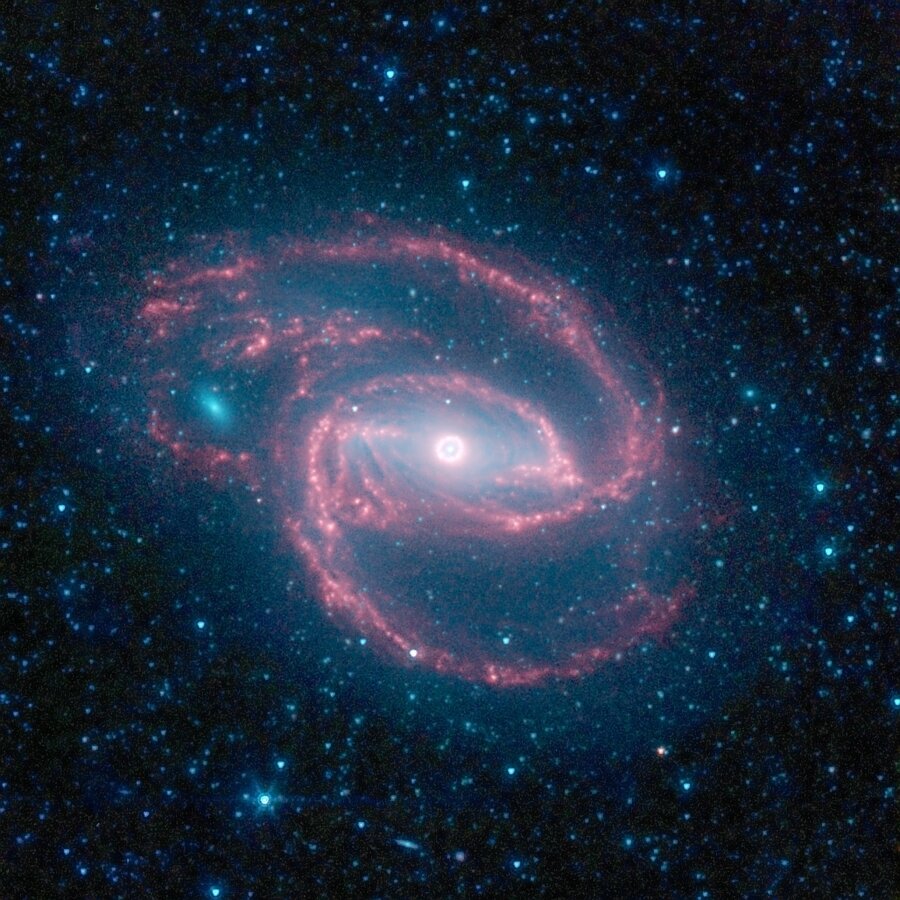 I knew that I knew the galaxy at 7 o'clock in the picture at left, but it took me such a long time to identify it! It is NGC 1097, although the Spitzer image at right is reversed. The small version in the picture at left seems perfectly positioned, just like it would appear in the sky if north is up and east to the left!