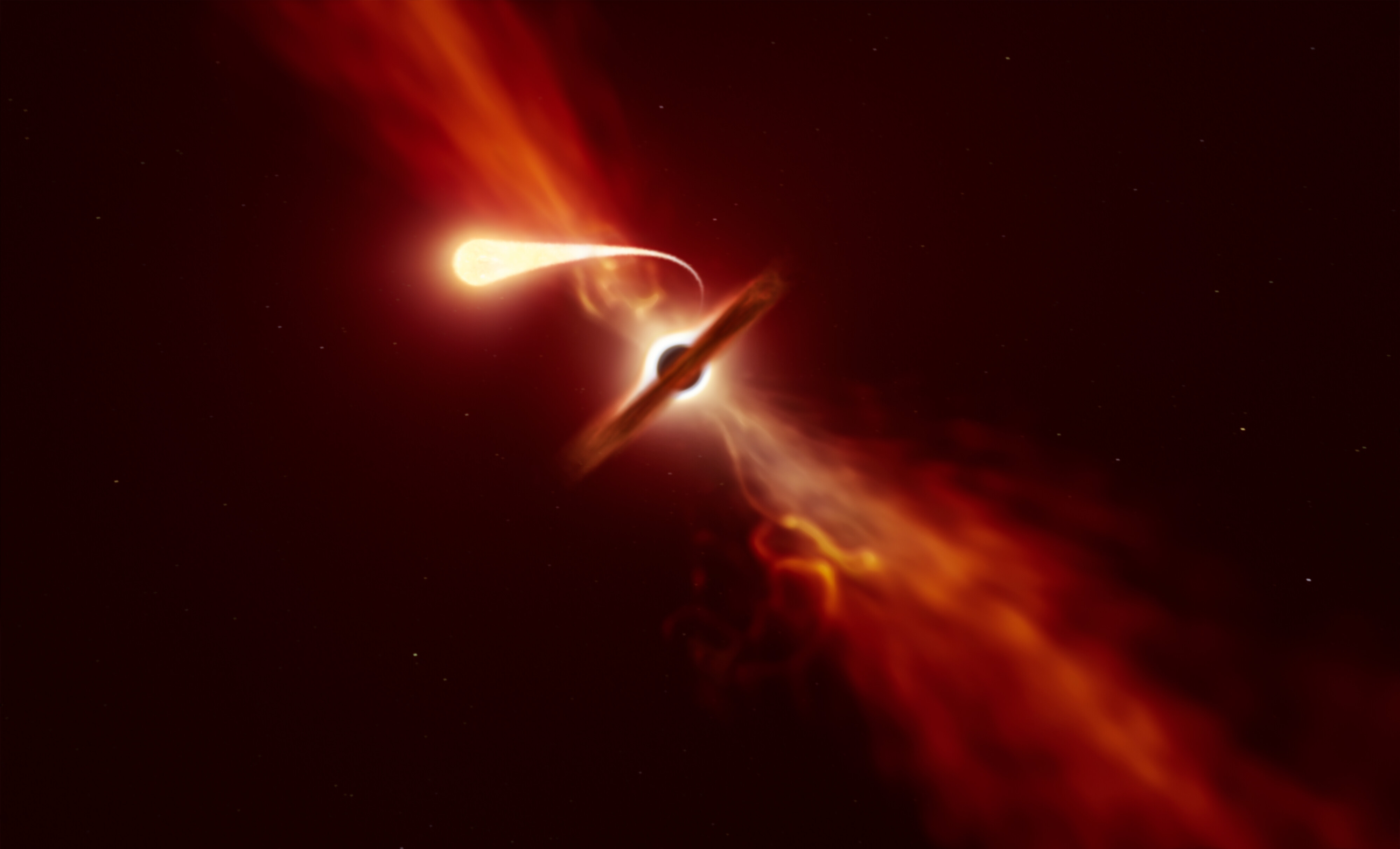 Using telescopes from the European Southern Observatory (ESO) and other organisations around the world, astronomers have spotted a rare blast of light from a star being ripped apart by a supermassive black hole. The phenomenon, known as a tidal disruption event, is the closest such flare recorded to date at just over 215 million light-years from Earth, and has been studied in unprecedented detail. ...

“The idea of a black hole ‘sucking in’ a nearby star sounds like science fiction. But this is exactly what happens in a tidal disruption event,” says Matt Nicholl ... But these tidal disruption events, where a star experiences what’s known as spaghettification as it’s sucked in by a black hole, are rare and not always easy to study. The team of researchers pointed ESO’s Very Large Telescope (VLT) and ESO’s New Technology Telescope (NTT) at a new flash of light that occurred last year close to a supermassive black hole, to investigate in detail what happens when a star is devoured by such a monster.

Astronomers know what should happen in theory. “When an unlucky star wanders too close to a supermassive black hole in the centre of a galaxy, the extreme gravitational pull of the black hole shreds the star into thin streams of material,” explains study author Thomas Wevers ... As some of the thin strands of stellar material fall into the black hole during this spaghettification process, a bright flare of energy is released, which astronomers can detect.

Although powerful and bright, up to now astronomers have had trouble investigating this burst of light, which is often obscured by a curtain of dust and debris. Only now have astronomers been able to shed light on the origin of this curtain. ...

An Outflow Powers the Optical Rise of the Nearby, Fast-Evolving Tidal Disruption Event AT 2019qiz ~ M. Nicholl et al
Know the quiet place within your heart and touch the rainbow of possibility; be
alive to the gentle breeze of communication, and please stop being such a jerk. — Garrison Keillor
Top
1 post • Page 1 of 1