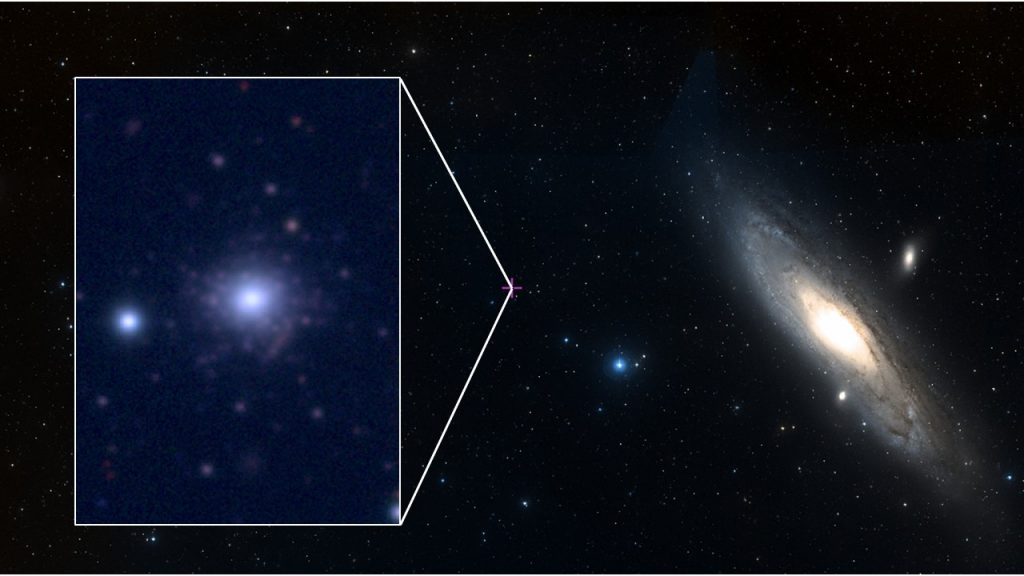 The stars in the cluster, called RBC EXT8, have on average 800 times less iron than our Sun and are three times more iron-poor than the previous globular cluster record-holder. RBC EXT8 is also extremely deficient in magnesium. ...

A globular cluster is a large, dense collection of thousands to millions of ancient stars that move together as a tight-knit group through a galaxy. Until now, astronomers thought large globular clusters had to contain a considerable amount of heavy elements.

Hydrogen and helium are the two main elements created after the Big Bang. Heavier elements such as iron and magnesium formed later. Finding a massive globular cluster like RBC EXT8 that is extremely impoverished in metals defies current formation models, calling into question some of our ideas about the birth of stars and galaxies in the young universe. ...

An Extremely Metal-Deficient Globular Cluster in the Andromeda Galaxy ~ Soren S. Larsen et al
Know the quiet place within your heart and touch the rainbow of possibility; be
alive to the gentle breeze of communication, and please stop being such a jerk. — Garrison Keillor
Top
1 post • Page 1 of 1