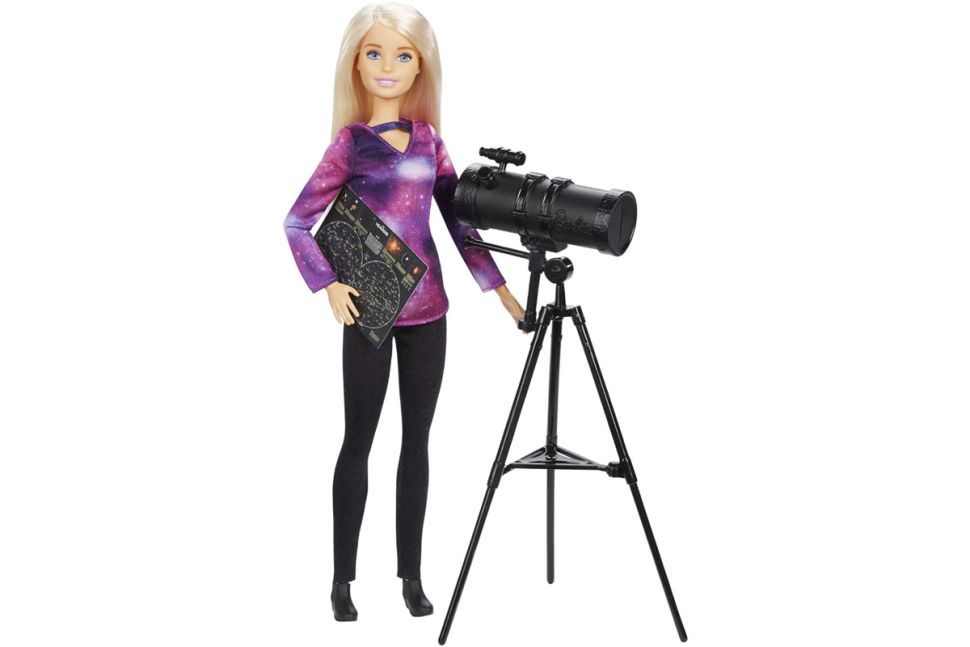 Barbie has a long history of exploring the cosmos, having first donned a spacesuit more than 50 years ago. "Barbie took her first spacewalk in 1965 and has been shooting for the stars ever since,"reads the back of the new Barbie's packaging. The first astronaut Barbie was named "Miss Astronaut." The doll was redesigned in 1985, 1994, 1998, and 2016, with her spacesuit changing in each incarnation— sometimes not-so-realistic, like the '80s doll who wore a pink and silver mini-skirt spacesuit with sparkly tights, and sometimes more realistic like when Mattel collaborated with NASA on a Mars Explorer doll in 2013.>>