An Extremely Long Filament on the Sun

Explanation: Yesterday, the Sun exhibited one of the longest filaments ever recorded. It may still be there today. Visible as the dark streak just below the center in the featured image, the enormous filament extended across the face of the Sun a distance even longer than the Sun's radius -- over 700,000 kilometers. A filament is actually hot gas held aloft by the Sun's magnetic field, so that viewed from the side it would appear as a raised prominence. The featured image shows the filament in light emitted by hydrogen and therefore highlights the Sun's chromosphere. Sun-following telescopes including NASA's Solar Dynamics Observatory (SDO) are tracking this unusual feature, with SDO yesterday recording a spiraling magnetic field engulfing it. Since filaments typically last only from hours to days, parts of this one may collapse or erupt at any time, either returning hot plasma back to the Sun or expelling it into the Solar System. Is the filament still there? You can check by clicking on SDO's current solar image.

A pessimist is nothing more than an experienced optimist
Top

Once again the Borg have been proved right. Resistance is futile!
To find the Truth, you must go Beyond.
Top

Looks like in the movie ( http://sdo.gsfc.nasa.gov/data/dailymov/ ... _1024_0304 ) this is three filaments. From the right, there is a dog-leg left and a dog-leg right. Nice plasma bounces between the nodes.
Top

"You can check by clicking on SDO's current solar image."
Result:
Forbidden
You don't have permission to access /assets/img/latest/latest_1024_0304.jpg on this server.
Top 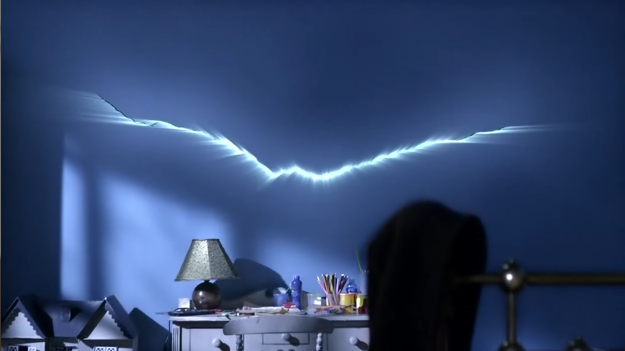 Here's another fine kettle of fish you've gotten me into!
Top

The Pandorica will open, silence will fall.
Top

It looks like a gigantic sperm meeting an even more gigantic ovum.
Top

So isn't this "one of the longest ever recorded" filaments being thrown off--aimed right toward Earth--going to produce any effects here when some remaining "elements" of it arrives? I mean not on the Earth's surface but interaction in our magnetosphere?
<Evenstar>
Top

Evenstar wrote:So isn't this "one of the longest ever recorded" filaments being thrown off--aimed right toward Earth--going to produce any effects here when some remaining "elements" of it arrives? I mean not on the Earth's surface but interaction in our magnetosphere?

The magnetic field is closed, so we're just looking down on a prominence. It hasn't resulted in much material being thrown away from the Sun. It might yet. Or not.
Chris

chogis wrote:It looks like a gigantic sperm meeting an even more gigantic ovum.

So now we know where our "sun" came from

And are the girls just as bright? Of course - they brought on delight!

Having just seen this APOD and clicking on the SDO's current image link the filament still seems to be there. Here is that then current image's url link:- http://sdo.gsfc.nasa.gov/assets/img/lat ... 4_0304.jpg
Top
16 posts • Page 1 of 1