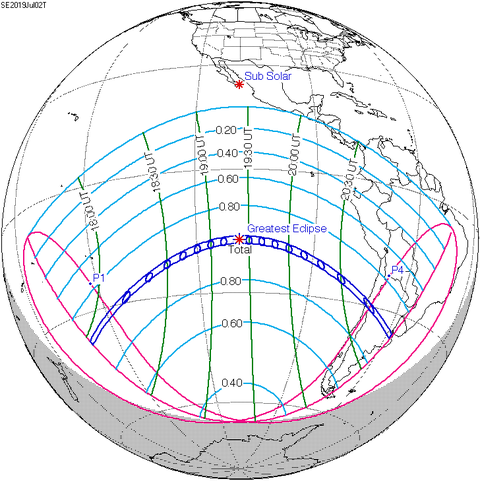 This scene reminds me of Monty Oum.
Top

Oh Yes I do remember this one!

BirdsEclipse_Caldas_960.jpg
You do not have the required permissions to view the files attached to this post.
Orin

<<The eclipse of Thales was a solar eclipse that was, according to The Histories of Herodotus, accurately predicted by the Greek philosopher Thales of Miletus (c. 624/623 – c. 548/545 BC). If Herodotus's account is accurate, this eclipse is the earliest recorded as being known in advance of its occurrence. Many historians believe that the predicted eclipse was the solar eclipse of 28 May 585 BC. How exactly Thales predicted the eclipse remains uncertain.

According to Herodotus, the appearance of the eclipse was interpreted as an omen, and interrupted a battle in a long-standing war between the Medes and the Lydians. The fighting immediately stopped, and they agreed to a truce. Because astronomers can calculate the dates of historical eclipses, Isaac Asimov described this battle as the earliest historical event whose date is known with precision to the day and described the prediction as "the birth of science".

Thales is recognized for breaking from the use of mythology to explain the world and the universe, and instead explaining natural objects and phenomena by naturalistic theories and hypotheses, in a precursor to modern science. Almost all the other pre-Socratic philosophers followed him in explaining nature as deriving from a unity of everything based on the existence of a single ultimate substance, instead of using mythological explanations.

John Tenniel's illustration from the 1884 edition of Aesop's fables.

<<The Astrologer who Fell into a Well is a fable based on a Greek anecdote concerning the pre-Socratic philosopher Thales of Miletus. It was one of several ancient jokes that were absorbed into Aesop's Fables and is now numbered 40 in the Perry Index. During the scientific attack on astrology in the 16th–17th centuries, the story again became very popular.

The story of Thales falling into a well while gazing at the stars was originally recorded in Plato's Theaetetus. Other ancient tellings sometimes vary the person or the rescuer but regularly retain the rescuer's scoffing remark that it would be better to keep one's mind on the earth. The Roman poet Ennius summed up the lesson to be learned from the story in the line Quod est ante pedes nemo spectat, caeli scrutantur plagas ("No one regards what is before his feet when searching out the regions of the sky") and was twice quoted by Cicero to this effect.

The anecdote was repeated as an amusing story in the English jest book Merry Tales and Quick Answers (1530). In this the philosopher: fell plumpe into a ditche over the eares. Wherefore an olde woman that he kepte in his house laughed and sayde to him in derision: O Thales, how shuldest thou have knowlege in hevenly thinges above, and knowest nat what is here benethe under thy feet?

Meanwhile, Andrea Alciato was mounting a more serious attack on astrology in his Book of Emblems, the first of many editions of which appeared in 1531. In that first edition there was an illustration of the astrologer, head in air, about to trip over a block on the ground. The accompanying Latin poem referred to the story of Icarus and later editions used instead an illustration of his fall from the sky. However, the emblem is titled "Against Astrologers" and the poem concludes with the warning 'Let the astrologer beware of predicting anything. For the imposter will fall headlong, so long as he flies above the stars.' The English emblem compiler Geoffrey Whitney followed Alciato's lead in including the story and an equally fierce attack in his Choice of Emblemes (1586). At much the same time, John Lyly's play, Gallathea (first performed in 1588) features a sub-plot involving a phony alchemist and a sham astronomer who, in gazing up at the stars, falls backward into a pond.>>