Minkowski's object is located at left of NGC 541 and some blue stars appears to emerge from. To better appreciate this "odd object", and understanding it's formation I put an inset obtained from NRAO and quoted an explanation from "The National Radio Astronomy Observatory which is a facility of the National Science Foundation operated under cooperative agreement by Associated Universities, Inc : "The shorter jet from the galaxy NGC 541 collides with a cloud of hydrogen gas, shown here in dark blue (also detected via its radio emission using the VLA). The pressure from the jet triggers the collapse of blobs of gas within this cloud, which form stars (seen in the light from excited hydrogen atoms, which are shown in this image as a light blue overlay from data from the 2.3-m telescope at Siding Spring in Australia). This unusual star forming system is known as Minkowski's Object, and is an example of black holes bringing new life (in the form of baby stars) to the Universe, when cosmic collisions between their outflowing jets and surrounding gas trigger the gas to collapse." Remark that the "jet" is not visible on the HLA data.

chapdelaine wrote: Remark that the "jet" is not visible on the HLA data.

You're right "starsurfer". Thanks to mention it.
Gilles
Top

Hello.
This is a Last Quarter moonrise and the temple of Poseidon at Sounio, Greece.
Technical:
http://www.greeksky.gr/files/photos/moo ... onrise.htm

Thanks.
Chris.
You do not have the required permissions to view the files attached to this post.
Top Coma Galaxy Cluster with IFN
http://www.pbase.com/tango33/image/142030396
Copyright: Kfir Simon
[attachment=0]abellkfir.jpg[/attachment]
You do not have the required permissions to view the files attached to this post.
Last edited by owlice on Mon Mar 19, 2012 9:55 am, edited 1 time in total.
Reason: Attached image, as pbase does not play well with others. Thanks for sharing!
Top

today I'd like to show my recent favorite image of NGC 2264
the "Christmas Tree Cluster" in a wide field of view.
Also visible are the "Cone Nebula", the "Fox Fur Nebula"
and "Hubble's Variable Nebula" in the upper left. 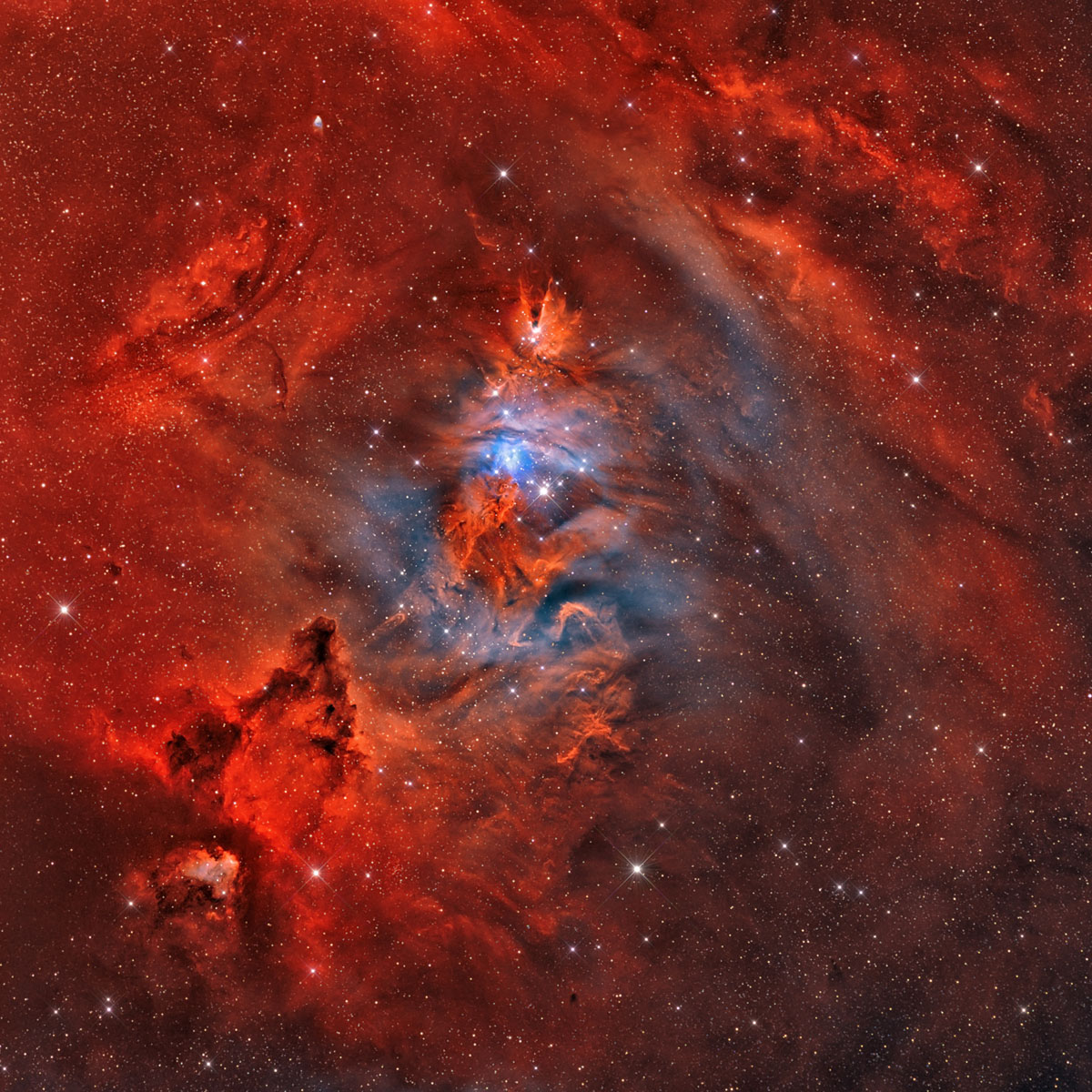 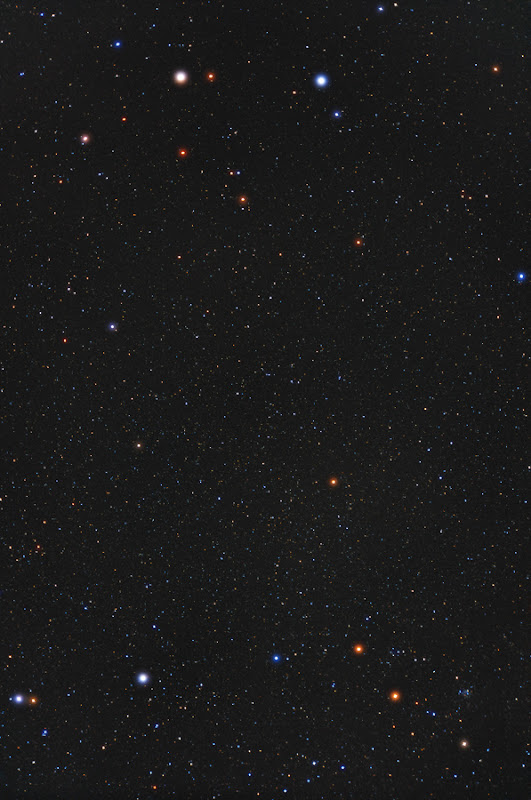 Taken with just a dslr and 50mm lens on a tripod 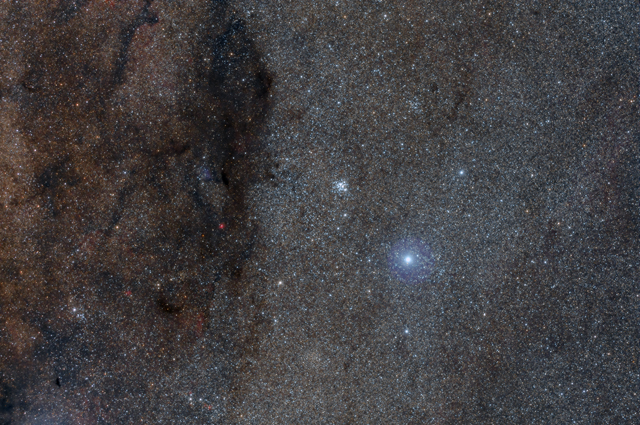 Vela SNR Mosaic
http://astro-cabinet.com/showimage.php? ... ng=english
Copyright: Dieter Willasch
[attachment=0]VelaSNRMosaic.jpg[/attachment]
http://astro-cabinet.com/uploaded/origi ... Mosiac.jpg
You do not have the required permissions to view the files attached to this post.
Last edited by owlice on Tue Mar 20, 2012 11:57 am, edited 1 time in total.
Reason: Attached smaller image for faster downloading; left link to larger image. Thanks for sharing!
Top 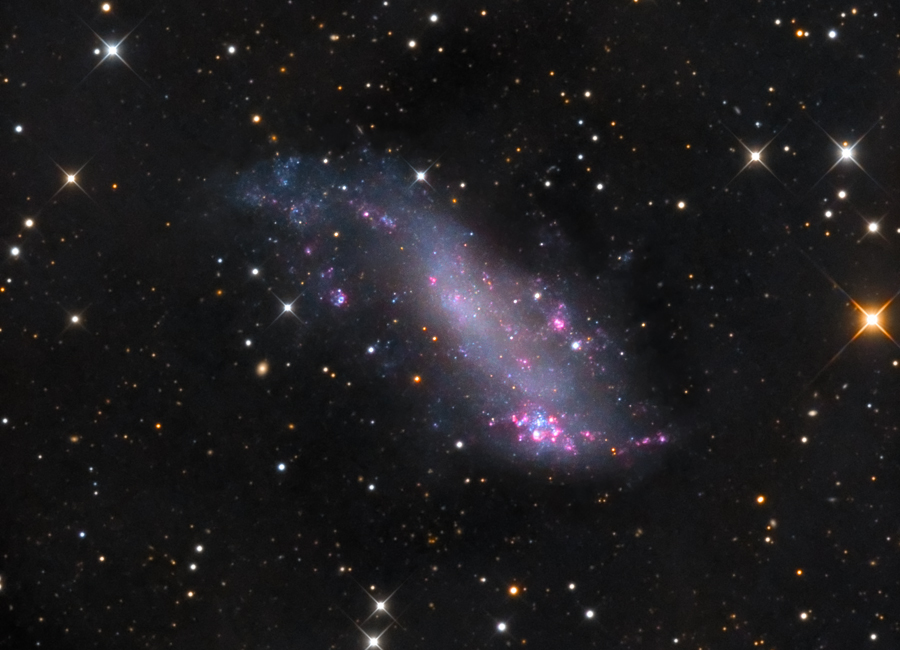 A lot of people forget how visible the Great Orion Nebula is through binoculars or your basic telescope on a clear dark night.

Mid-March 2012 presents the best time to see a Venus-Jupiter conjunction in the evening for years to come. At mid-northern latitudes, these two brightest planets – Venus and Jupiter – stay out for nearly four hours after sunset. That’s about the longest period possible at these latitudes. You can’t miss these two worlds in the west as darkness falls. M45, also known as the Pleiades, is also visible right above these 2 planets along with the faint milky way on the right.

In this image you can see several of the universe's phenomenons including the Zodiac Lights, March's Venus, Jupiter, and Pleiades Conjunction, and the Orion Constellation.