An Almost Eclipse of the Moon

Thanks for sharing that Ann. Outstanding work!
Just as zero is not equal to infinity, everything coming from nothing is illogical.
Top

No mention of the size differences in the images?
Top

Noticed that as well, but all the same size... I measured.

APOD-Soponyai-PenumbralEclipse_size.jpg
You do not have the required permissions to view the files attached to this post.
Chris

" and I saw this being mentioned already..
Top

No mention of the size differences in the images? 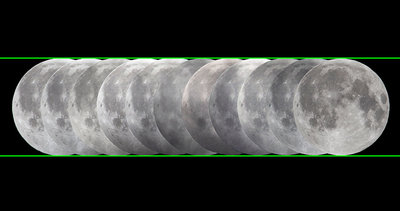 " and I saw this being mentioned already.. 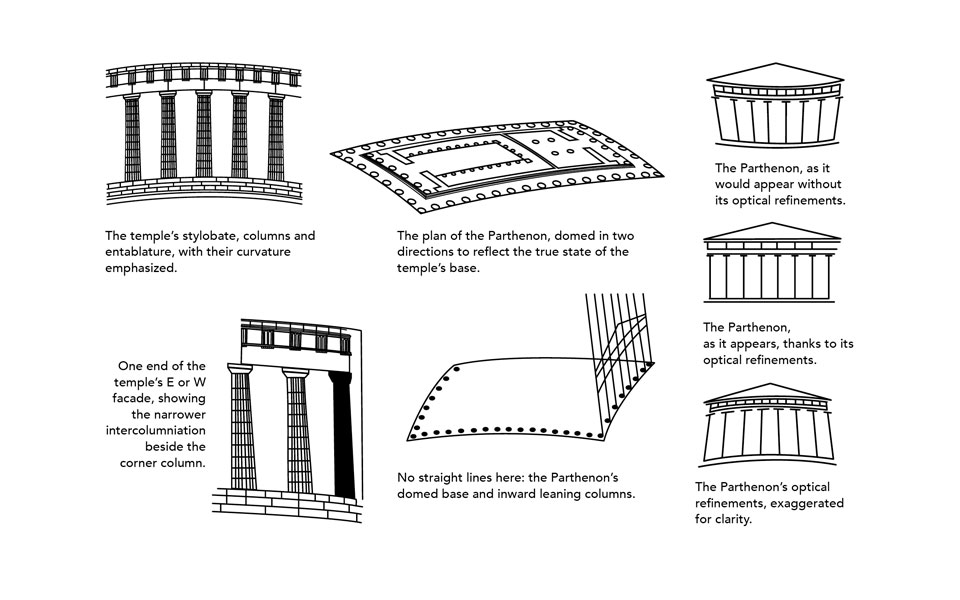 <<As viewers, we welcome and accept the Parthenon’s outward beauty and seeming perfection, but we don’t often stop to ask ourselves why the building so affects us. The answer is that the Parthenon’s architects, Ictinus and Callicrates, and its chief sculptural artist, Phidias, have incorporated numerous “hidden” devices within its marble construction and carved decorations that were designed to trick the viewers’ eye, to make us believe we are witnessing something perfectly regular, sensible and balanced in all its aspects.

Looks certainly can be deceiving! Who would believe that, in fact, there are virtually no straight lines or right angles in the Parthenon? This enormous temple appears at first glance to be a giant rectilinear construction, all of whose lines are straight! And does it seem sensible to the rational mind that the base of the temple – its stepped pedestal or stylobate – is actually domed, not flat?

The four corners of the pedestal droop gracefully downward, such that if one were to stand on the top step and look lengthwise along the building at someone else also standing on the same step at the opposite end, these two observers would only see each other from about the knees up. This doming of the temple base was reputedly done to avoid an optical “sagging” of the building’s middle that would have been perceived along its east and west ends and especially along its long north and south sides, if its lines were actually designed and built to be perfectly straight.

Additional refinements in the Parthenon include the slight inward leaning of all the columns in the Doric colonnade surrounding the building. The corner columns are slightly larger in diameter than the others and lean inward in two directions; that is, diagonally to the corner. They also are set in such a way that there exists a smaller space, or intercolumniation, between them and the next column.

Meanwhile, the columns themselves are not straight along their vertical axes, but swell in their middles. This phenomenon, called “entasis,” intended to counteract another optical effect in which columns with straight sides appear to the eye to be slenderer in their middles and to have a waist. Furthermore, the whole superstructure of the outer facades of the temple, above the level of the columns (the “entablature”), also curves downward at the corners, to mirror the stylobate and carry upward the temple’s overall domed curvature.>>

A dime... grazing past the shadow of a silver dollar....