Comments and questions about the APOD on the main view screen.
21 posts • Page 1 of 1

The Butterfly Nebula from Hubble

Explanation: Few butterflies have a wingspan this big. The bright clusters and nebulae of planet Earth's night sky are often named for flowers or insects, and NGC 6302 is no exception. With an estimated surface temperature of about 250,000 degrees C, the central star of this particular planetary nebula is exceptionally hot though -- shining brightly in ultraviolet light but hidden from direct view by a dense torus of dust. This dramatically detailed close-up of the dying star's nebula was recorded by the Hubble Space Telescope soon after it was upgraded in 2009. Cutting across a bright cavity of ionized gas, the dust torus surrounding the central star is near the center of this view, almost edge-on to the line-of-sight. Molecular hydrogen has been detected in the hot star's dusty cosmic shroud. NGC 6302 lies about 4,000 light-years away in the arachnologically correct constellation of the Scorpion (Scorpius).

It would seem that scorpions and butterflys get along together. At least these Biggies out in the cosmos, anyway.
To find the Truth, you must go Beyond.
Top

Awesome! This is my new desktop background

I'm curious. What changes would be noticeable in this nebula after each earth-year considering that it is 4000 lightyears away? It looks like a freeze-frame of a very powerful explosion, putting it mildly. Wouldn't it be extremely fast if you were observing from a much shorter distance?

butterfly is a very good name for this nebula!

This is a very nice picture. I wonder how fast this will change from our point of view until it no longer represents the shape of a butterfly.
Top

I think you mean M6, not M7.
And OverlordE, I have a feeling that it would take about a few thousand years or so.
The following statement is true.
The above statement is false.
Top

http://en.wikipedia.org/wiki/Butterfly_Cluster wrote:
<<The Butterfly Cluster (cataloged as Messier 6 or M6, and as NGC 6405) is an open cluster of stars in the constellation of Scorpius. Its name derives from the vague resemblance of its shape to a butterfly. The first astronomer to record the Butterfly Cluster's existence was Giovanni Battista Hodierna in 1654. However, Robert Burnham, Jr has proposed that the [2nd] century astronomer Ptolemy may have seen it with the naked eye while observing its neighbor the Ptolemy Cluster (M7). Charles Messier catalogued the cluster as M6 in 1764. It was not till the 20th century that star counts, distance, and other properties were measured.>>

I am totally " blown away ", quite literally. Time for an ice cold one, thank you !
Top 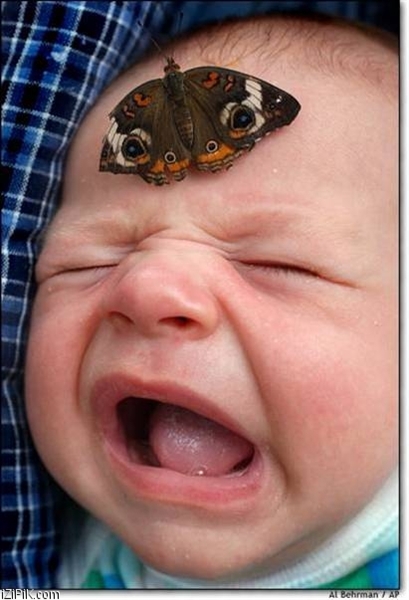 Wolf Kotenberg wrote:
I am totally " blown away ", quite literally.

Time for an ice cold one, thank you !

In the caption under the other photo of the Butterfly Nebula (APOD 2 June 1998) it said NGC 6302 is a binary star system. Where is/what happened to the other star?

500pesos wrote:
In the caption under the other photo of the Butterfly Nebula (APOD 2 June 1998) it said NGC 6302 is a binary star system. Where is/what happened to the other star?

That June 2, 1998 APOD is out of date. Back then the bizarre bipolar structure of the Butterfly Nebula was attributed to a binary star system. The current theory assigns that bizarre structure to a hot white dwarf/dense equatorial disc system. <<NGC 6302 (also called the Bug Nebula, Butterfly Nebula, or Caldwell 69) is a bipolar planetary nebula in the constellation Scorpius. The structure in the nebula is among the most complex ever observed in planetary nebulae. The spectrum of NGC 6302 shows that its central star is one of the hottest stars in the galaxy, with a surface temperature in excess of 200,000 K, implying that the star from which it formed must have been very large (cf. PG 1159 star).

The central star, a white dwarf, was only recently discovered (Szyszka et al. 2009), using the upgraded Wide Field Camera 3 on board the Hubble Space Telescope. The star has a current mass of around 0.64 solar masses. It is surrounded by a particularly dense equatorial disc composed of gas and dust. This dense disc is postulated to have caused the star's outflows to form a bipolar structure (Gurzadyan 1997) similar to an hour-glass. This bipolar structure shows many interesting features seen in planetary nebulae such as ionization walls, knots and sharp edges to the lobes.

As it is included in the New General Catalogue, this object has been known since at least 1888. The earliest known study of NGC 6302 is by Edward Emerson Barnard, who drew and described it in 1907 (Meaburn et al. 2005). Since then it has been the focus of many works and displays many interesting characteristics worthy of study. Interest in recent years has shifted from discussions over the excitation method in the nebula (shock-excitation or photo-ionisation) to the properties of the large dust component.

NGC 6302 has a complex morphology, which may be approximated as bipolar with two primary lobes, though there is evidence for a second pair of lobes that may have belonged to a previous phase of mass loss. A dark lane runs through the waist of the nebula obscuring the central star at all wavelengths (Matsuura et al. 2005). Observations of NGC 6302 suggest that there may be an orthogonal skirt (or chakram) similar to that found in Menzel 3 (Meaburn et al. 2005). The nebula is orientated at an angle of 12.8° against the plane of the sky.

This planetary nebula contains a prominent northwest lobe which extends up to 3′.0 away from the central star and is estimated to have formed from an eruptive event around 1,900 years ago. It has a circular part whose walls precisely follow a Hubble-type outflow (where outflow speed is proportional to distance from the central source). At an angular distance of 1′.71 from the central star, the flow velocity of this lobe is measured to be 263 km/s. At the extreme periphery of the lobe, the outward velocity exceeds 600 km/s. The western edge of the lobe displays characteristics suggestive of a collision with pre-existing globules of gas which modified the outflow in that region (Meaburn et al. 2005).

The central star, among the hottest stars known, had escaped detection because of a combination of its high temperature (so that it radiates mainly in the ultraviolet), the dusty torus (which absorbs a large fraction of the light from the central regions, especially in the ultraviolet) and the bright background from the star. It was not seen in the first HST images (APoD 2004). But the improved resolution and sensitivity of the new Wide Field Camera 3 of the Hubble Space Telescope revealed the faint star at the centre (Szyszka et al. 2009). A temperature of 200,000 Kelvin is indicated, and a mass of 0.64 solar masses. The original mass of the star was much higher, but most was ejected in the event which created the planetary nebula. The luminosity and temperature of the star indicate it has ceased nuclear burning and is on its way to becoming a white dwarf, fading at a predicted rate of 1% per year.

The prominent dark lane that runs through the centre of the nebula has been shown to have an extraordinary dust chemistry, showing evidence for multiple crystalline silicates, crystalline water ice and quartz, with other features which have been interpreted as the first extra-solar detection of carbonates (Kemper et al. 2002). This detection has been disputed, due to the difficulties in forming carbonates in a non-aqueous environment (Ferrarotti & Gail 2005). The dispute remains unresolved.

One of the most interesting characteristics of the dust detected in NGC 6302 is the existence of both oxygen-rich material (i.e. silicates) and carbon-rich material (i.e. poly-aromatic-hydrocarbons or PAHs) (Kemper et al. 2002). Stars are usually either O-rich or C-rich, the change from the former to the latter occurring late in the evolution of the star due to nuclear and chemical changes in the star's atmosphere. NGC 6302 belongs to a group of objects where hydrocarbon molecules formed in an oxygen-rich environment (Matsuura et al. 2005).>>

When I click on the "dramatically detailed close-up" link in the explanation and the "Hubble SM4 ERO Team" link in the credit I get a message stating "Forbidden" and that I don't have permission to acces them "on this server". Is anyone else not being allowed access or is it just me!

DavidLeodis wrote:When I click on the "dramatically detailed close-up" link in the explanation and the "Hubble SM4 ERO Team" link in the credit I get a message stating "Forbidden" and that I don't have permission to acces them "on this server". Is anyone else not being allowed access or is it just me! :?: :shock:

It's not just you. But it doesn't look like a bad link, either. The entire hubblesite.org server appears to be misbehaving just at the moment. I assume they'll get things back up at some point.
Chris

DavidLeodis wrote:When I click on the "dramatically detailed close-up" link in the explanation and the "Hubble SM4 ERO Team" link in the credit I get a message stating "Forbidden" and that I don't have permission to acces them "on this server". Is anyone else not being allowed access or is it just me!

It's not just you. But it doesn't look like a bad link, either. The entire hubblesite.org server appears to be misbehaving just at the moment. I assume they'll get things back up at some point.

I've just checked and both links are now working.

I think it's not going out too far on a limb to say that NO butterflies have a wing span this big!
Top

Thanks neufer! This is one strange nebula.
So, if I understand correctly, the initial hypothesis of a binary system was based on the observation of both silicates and PAHs in NGC 6302?
Top

500pesos wrote:
Thanks neufer! This is one strange nebula.

So, if I understand correctly, the initial hypothesis of a binary system was based on the observation of both silicates and PAHs in NGC 6302?

I was assuming that it was based upon the bipolar physical structure
but I'm not sure that it matters all that much at this stage.
Art Neuendorffer
Top
21 posts • Page 1 of 1