Explanation: Is there anything interesting to see in the direction opposite the Sun? One night last month, there were quite a few things. First, the red-glowing orb on the lower right of the featured image is the full moon, darkened and reddened because it has entered Earth's shadow. Beyond Earth's cone of darkness are backscattering dust particles orbiting the Sun that standout with a diffuse glow called the gegenschein, visible as a faint band rising from the central horizon and passing behind the Moon. A nearly horizontal stripe of green airglow is also discernable just above the horizon, partly blocked by blowing orange sand. Visible in the distant sky as the blue dot near the top of the image is the star Sirius, while the central band of our Milky Way Galaxy arches up on the image left and down again on the right. The fuzzy light patches just left of center are the Large and Small Magellanic Clouds. Red emission nebulas too numerous to mention are scattered about the sky, but are labelled in a companion annotated image. In the image foreground is the desolate Deadvlei region of the Namib-Naukluft National Park in Namibia, featuring the astrophotographer himself surveying a land and sky so amazing that he described it as one of the top experiences of his life.

Not bad at all. [joke] Just needs a few giraffes shopped into the frame. [/joke]
Top

Nitpicker wrote:Not bad at all. [joke] Just needs a few giraffes shopped into the frame. [/joke]

Nitpicker wrote:Not bad at all. [joke] Just needs a few giraffes shopped into the frame. [/joke]

Right you are. I completely missed the giraffe foot sticking out of the ground. Silly me.
Top 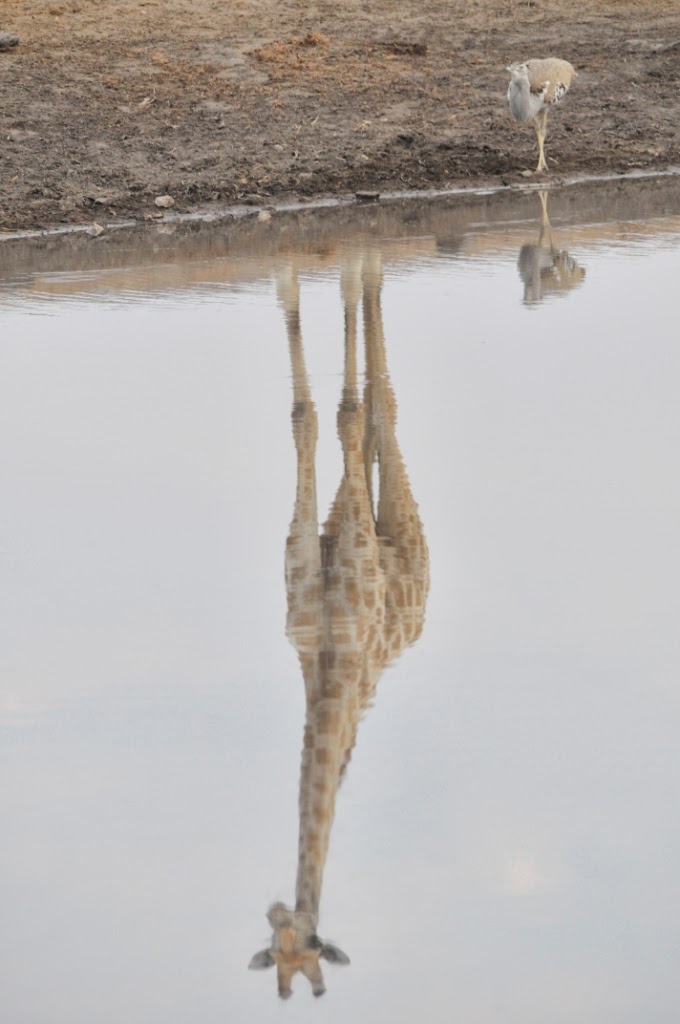 An Impressive View of the Southern Sky

This was puzzling to me, for, as a child I learned the dwarf galaxies as the Greater and Lesser Magellanic clouds.

Consulting the fount of knowledge that is the internet-tubes it would seem that Large and Small are the much more widely used appellations. Which plays the devil with my interpretation of the "LMC" acronym.

One learns something every day, whether one wants to or not ..
Top

In looking at the LMC (I also learned it as the GMC 50 years ago!), is the bright spot on the upper left hand side a Milky Way star or is the Tarantula Nebula really big enough to be that visible in this photo?
Top

NCTom wrote:In looking at the LMC (I also learned it as the GMC 50 years ago!), is the bright spot on the upper left hand side a Milky Way star or is the Tarantula Nebula really big enough to be that visible in this photo?

That is the Tarantula Nebula.

Namibia sounds like quite the place for the Days of our Lives – and the nights!
Make Mars not Wars
Top

Giraffes aside, this is a gorgeous image.

Ann wrote:Giraffes aside, this is a gorgeous image.

Ann, Giraffes are big animals. They have to be 'aside',( or upside down, as in your earlier post) or they'd block most of your view of the image.

Ann wrote:
Giraffes aside, this is a gorgeous image.

Ann, Giraffes are big animals. They have to be 'aside',
(or upside down, as in your earlier post) or they'd block most of your view of the image.

<<Although Camelopardalis is the 18th largest constellation, it is not a particularly bright constellation; in fact, it only contains four stars above magnitude 5.0.

The space probe Voyager 1 is moving in the direction of Camelopardalis [having been deflected out of the plane of the ecliptic by a south polar flyby of Saturn] though it will not be nearing any of the stars in this constellation for many thousands of years.

The constellation was created by Petrus Plancius in 1613 to represent the animal Rebecca rode to marry Isaac in the Bible. Johannes Hevelius gave it the official name of "Camelopardus" or "Camelopardalis" because he saw the constellation's many faint stars as the spots of a giraffe. The word camelopardalis comes from Latin, and it is the romanisation of the Greek "καμηλοπάρδαλις" meaning "giraffe", from "κάμηλος" (kamēlos), "camel" + "πάρδαλις" (pardalis), "leopard", due to its having a long neck like a camel and spots like a leopard.

[b][color=#0000FF]Camel humps may have evolved as an adaptation in a cold climate.[/color][/b]

<<The High Arctic camel, from the mid-Pliocene epoch, is a fossil camel related to the fossil genus Paracamelus from which modern camels arose. It is also related to the extinct Ice Age Yukon giant camel. Collagen-containing fossils were found in 2006 near Strathcona Fiord on Ellesmere Island in Nunavut, Canada.

https://en.wikipedia.org/wiki/Namib-Naukluft_National_Park wrote:
<<The Namib-Naukluft National Park is a national park of Namibia encompassing part of the Namib Desert (considered the world's oldest desert) and the Naukluft mountain range. With an overall area of 49,768 km2 larger than Switzerland, the Namib-Naukluft is the largest game park in Africa. A surprising collection of creatures survives in the hyper-arid region, including snakes, geckos, unusual insects, hyenas, gemsboks and jackals.>>

<<Deadvlei is a white clay pan located near the more famous salt pan of Sossusvlei, inside the Namib-Naukluft Park in Namibia. Also written DeadVlei or Dead Vlei, its name means "dead marsh". The pan also is referred to as "Dooie Vlei" which is the (presumably original) fully Afrikaans name.

Dead Vlei has been claimed to be surrounded by the highest sand dunes in the world, the highest reaching 300-400 meters (350m on average, named "Big Daddy" or "Crazy Dune"), which rest on a sandstone terrace.

The clay pan was formed after rainfall, when the Tsauchab river flooded, creating temporary shallow pools where the abundance of water allowed camel thorn trees to grow. When the climate changed, drought hit the area, and sand dunes encroached on the pan, which blocked the river from the area.

The trees died, as there no longer was enough water to survive. There are some species of plants remaining, such as salsola and clumps of !nara, adapted to surviving off the morning mist and very rare rainfall. The remaining skeletons of the trees, which are believed to have died 600-700 years ago (AD 1340- 1430), are now black because the intense sun has scorched them.Though not petrified, the wood does not decompose because it is so dry.>>

I think these are just upside down trees like Ann's giraffe.

Plants have a quite a different symmetry than animals. Makes you wonder we differ so much?

Will our first encounter with alien life be vegetable rather than animal? Friendly or dangerous.
Make Mars not Wars
Top

Art wrote:
Camelopardalis is relatively big...but not too bright 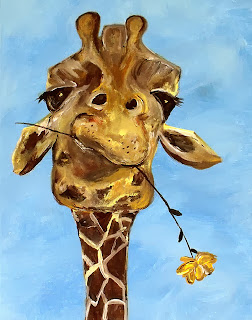 Source: http://jocelyndelhotalgiraffes.blogspot ... story.html
Giraffes are relatively big...but not too bright.

(But at the edge of one of its super-long extremities the cosmic Giraffe sports a magnificent, if seemingly dim, blue eye.)

Ron-Astro Pharmacist wrote:
I think these are just upside down trees like Ann's giraffe.

Plants have a quite a different symmetry than animals. Makes you wonder we differ so much?

Will our first encounter with alien life be vegetable rather than animal? Friendly or dangerous.

http://www.skeptic.com/reading_room/the-sagan-file/ wrote:
<<In a Scientific American article, [Carl Sagan] wrote, “If a silicon-based giraffe had walked by the Viking Mars landers, its portrait would have been taken.” Sagan didn’t actually think there might be silicon Martian giraffes, but he was glad that the Viking landers would be ready to take pictures of any animals bounding around.

Here’s a 1981 letter from Sagan to someone who thought alien life forms would be very much like creatures on Earth. Sagan disagreed: “We have a worrisome tendency to think that what we see is all that can be… But why five fingers? Why fingers rather than tentacles? Why the agonizingly slow data processing in our neurological systems? Why not multi-spectral infrared sensing? It’s easy to think of a wide range of anatomies, physiologies and sensory modalities that have not been adopted by humans or indeed by any other creatures on the Earth.”

It is actually ironic that we haven't even documented all the forms of life on our own planet but many of us spend endless time in curiosity about what we aren't likely ever to see.