Comments and questions about the APOD on the main view screen.
25 posts • Page 1 of 1

Explanation: It's back. Never before has an observed supernova been predicted. The unique astronomical event occurred in the field of galaxy cluster MACS J1149.5+2223. Most bright spots in the featured image are galaxies in this cluster. The actual supernova, dubbed Supernova Refsdal, occurred just once far across the universe and well behind this massive galaxy cluster. Gravity caused the cluster to act as a massive gravitational lens, splitting the image of Supernova Refsdal into multiple bright images. One of these images arrived at Earth about ten years ago, likely in the upper red circle, and was missed. Four more bright images peaked in April in the lowest red circle, spread around a massive galaxy in the cluster as the first Einstein Cross supernova. But there was more. Analyses revealed that a sixth bright supernova image was likely still on its way to Earth and likely to arrive within the next year. Earlier this month -- right on schedule -- this sixth bright image was recovered, in the middle red circle, as predicted. Studying image sequences like this help humanity to understand how matter is distributed in galaxies and clusters, how fast the universe expands, and how massive stars explode.

never ceases to amaze me . Light from one event can arrive years apart
Wolf Kotenberg
Top

Oh, fascinating! And I love the image, too.

Tell me, what conclusions can be made about the expansion of the universe from the observation of this predicted suernova?

This is picture just thrilled me. The accompanying graphical explanation on the NASA page that's linked to 'multiple bright images' was even better. Thanks very much!
Top

All this made my jaw drop
Top

http://asterisk.apod.com/viewtopic.php?t=34519
Know the quiet place within your heart and touch the rainbow of possibility; be
alive to the gentle breeze of communication, and please stop being such a jerk. — Garrison Keillor
Top

Ann wrote:Tell me, what conclusions can be made about the expansion of the universe from the observation of this predicted suernova?

Hubble Space Telescope wrote:“Hubble has showcased the modern scientific method at its best,” comments Patrick Kelly, lead author of the discovery and re-appearance papers and co-author of the modelling comparison paper from the University of California Berkeley, USA. “Testing predictions through observations provides powerful means of improving our understanding of the cosmos.”

The detection of Refsdal’s reappearance served as a unique opportunity for astronomers to test their models of how mass — especially that of mysterious dark matter — is distributed within this galaxy cluster.

This observation is yet another confirmation of Einstein's theory of general relativity. Given the measured distribution of visible matter and models for dark matter, they were able to predict the reappearance of the supernova. The system is a galaxy cluster with its gravity dominated by dark matter. The accelerated expansion of the universe is dominated by a cosmological constant (aka dark energy), above which this system does not yield information. However, since this event is a confirmation of general relativity and the modelling of dark matter, it also strengthens our confidence that general relativity also correctly describes other cosmological phenomena, such as the accelerated expansion of the universe.
Top

How Einstein would have loved to see these images!
Top

Where's the visual? The base image today appears identical to the APOD in March. 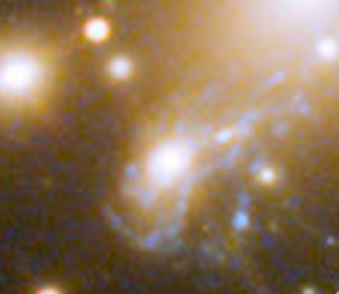 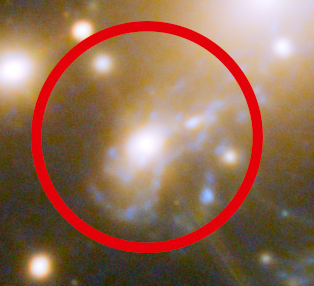 The ESO image published November 25 appears to be the old one too.
Ah, the Astronomer's Telegram from Patrick Kelly has the actual new image of the supernova:

Since this was predicted, shouldn't we be looking at an animation of the event instead of a still shot? Isn't that the Holy Grail for supernova research? To record it happening?
Top

I would love to see the astronomers' preliminary analysis of supposed light paths through the complicated gravitational lenses. It undoubtedly is quite complicated, considering how lumpy the matter is. I would have expected the image to arrive first to be the center of the three, then the later ones to be the ones on the fringes, not the other way around.
Top

Craig Willford wrote:...I would have expected the image to arrive first to be the center of the three, then the later ones to be the ones on the fringes, not the other way around.

Craig Willford wrote:...I would have expected the image to arrive first to be the center of the three, then the later ones to be the ones on the fringes, not the other way around.

But I would imagine the images would be somewhat distorted and not as "intact" as they appear.
Top

https://en.wikipedia.org/wiki/SN_Refsdal wrote:
The host galaxy of SN Refsdal is at a redshift of 1.49,
corresponding to a comoving distance of 14.4 billion light-years and
a lookback time of 9.34 billion years. 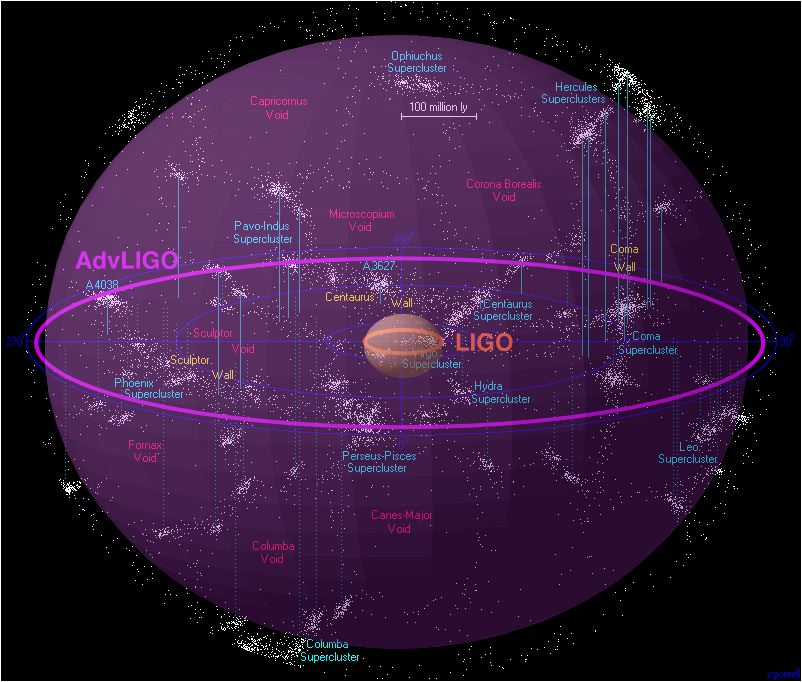 <<The illustration above shows the anticipated [core collapse supernova] "reach" of Advanced LIGO (the purple sphere) compared to Initial LIGO (the orange sphere). Each small dot in the figure represents a galaxy. Since the volume of space that the instrument can see grows as the cube of the distance, this means that the event rates will be more than 1,000 times greater. Advanced LIGO will equal the 1-yr integrated observation time of Initial LIGO in roughly 3 hours.>>

my brain just failed . I think I need to stand under an apple tree
Wolf Kotenberg
Top

It took some finding but I've eventually managed to find that GLASS stands for 'Grism Lens-Amplified Survey from Space'. There were so very many links in this APOD that surely one more could have been done!
Top

DavidLeodis wrote:
It took some finding but I've eventually managed to find that
GLASS stands for 'Grism Lens-Amplified Survey from Space'.

http://glass.astro.ucla.edu/ wrote:
The key science drivers of GLASS are:

- To shed light upon the role of galaxies in reionizing the universe, the topology of high redshift intergalactic/interstellar medium and on Lyman alpha escape fraction.

- To study the environmental dependence of galaxy evolution, by mapping spatially resolved star formation in galaxies in the cluster cores and infalling regions.

- To get back his weapons and seek vengeance on those who left him to die.

Thank you "red circles". I love this apod!
Top

Here's something for you guys to ponder:
"Hubble Space Telescope Discovery of a Probable Caustic-Crossing Event in the MACS1149 Galaxy Cluster Field"
http://www.astronomerstelegram.org/?read=9097
Just call me "geck" because "zilla" is like a last name.
Top

geckzilla wrote:
Here's something for you guys to ponder:

geckzilla wrote:Here's something for you guys to ponder:
"Hubble Space Telescope Discovery of a Probable Caustic-Crossing Event in the MACS1149 Galaxy Cluster Field"
http://www.astronomerstelegram.org/?read=9097