Just in case anyone has not realised it, what I assume is the 'Man in the Moon' is brought up when moving a cursor over the image when online. There should be a Moon smilie

When I taught high school and community college astronomy, so many years ago, I would point out The Donkey in the Moon, with the Mares Nectaris and Fecunditatis as the ears, Tranquillitatis as the face. and Serenitatis as the nose.
I'd point out that the first Moon landing was just about right between the ears.

Thanks for what you do. I look forward to your site every day.

I can't help it. All my life I've seen craters and ... well, more craters, on the surface of the smallish nearby planetary body that we call (in English) the Moon. I can't seem to find anything else there. Must be lack of imagination -- or insufficient alcohol.

I don't see anything but mare, myself, Rob. When I look at the moon I see the moon. It just doesn't do the pareidolia thing for me.
Just call me "geck" because "zilla" is like a last name.
Top

Moon craters always had a visual similarity to swiss cheese. There's tons of folklore about the proverb "the moon is made of green cheese".

https://en.wikipedia.org/wiki/Lunar_craters wrote:
<<The word crater was adopted by Galileo from the Greek word for vessel - (Κρατήρ a Greek vessel used to mix wine and water). Galileo built his first telescope in late 1609, and turned it to the Moon for the first time on November 30, 1609. He discovered that, contrary to general opinion at that time, the Moon was not a perfect sphere, but had both mountains and cup-like depressions, the latter of which he gave the name craters.>>

David R wrote:
There's tons of folklore about the proverb "the moon is made of green cheese":

<<As Wallace and Gromit relax at home, wondering where to go on vacation in _A Grand Day Out with Wallace and Gromit_ , Wallace decides to fix a snack of tea and crackers with cheese. Finding no cheese in the kitchen, he decides that the pair should go to a place known for its cheese. A glance out the window at the night sky gives them the idea to travel to the moon, since, according to Wallace, "everybody knows the moon's made of cheese." They build a rocket in the basement and pack for the trip. When they arrive on the moon, they discover that the entire landscape is in fact made of cheese. They set up a picnic and sample some, but are unable to match its taste to any cheese they know (Wallace thinks it tastes like Wensleydale, Stilton and Camembert). In his essay "In Defence of English Cooking", George Orwell rates Wensleydale as second only to Stilton among British cheese varieties.

In the 1990s, sales of Wensleydale cheese had fallen so low that production was at risk of being suspended. However, the popular Wallace and Gromit animated shorts A Grand Day Out and A Close Shave had the main character Wallace, a cheese connoisseur, mention Wensleydale as a particularly favourite cheese. Animator Nick Park chose it solely because it had a good name that would be interesting to animate rather than due to its origins in northern England where the shorts were set. He was also unaware of the financial difficulties that the company was experiencing. The company contacted Aardman Animations about a licence for a special brand of "Wallace and Gromit Wensleydale", which proved to be an enormous success. When the 2005 full-length Wallace and Gromit film, Curse of the Were-Rabbit, was released, sales of Wensleydale cheeses increased by 23%.>>

As I kid, when my eyes were better, I always saw an Angel riding atop a horse on its hind legs.
You do not have the required permissions to view the files attached to this post.
Top

I've only known of The Bucking Bronto (horse) in the moon.
Top

I've always noticed the Horse in the moon, more specifically, a bucking bronco! Head down, back legs kicking. It's noticeable in the upper right hand quadrant, if you divide the full moon into quarters.
Top 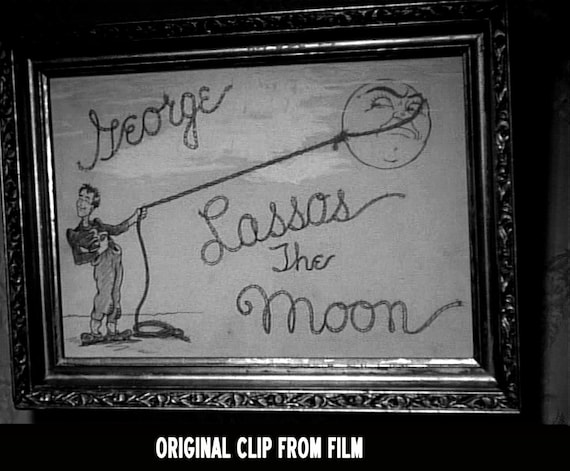 TreGibbs wrote:
I've always noticed the Horse in the moon, more specifically, a bucking bronco! Head down, back legs kicking. It's noticeable in the upper right hand quadrant, if you divide the full moon into quarters.

It is a profile of a man. Everytime I look at the moon now I see him clear as day.