Explanation: An example of violence on a cosmic scale, enormous elliptical galaxy NGC 1316 lies about 75 million light-years away toward Fornax, the southern constellation of the Furnace. Investigating the startling sight, astronomers suspect the giant galaxy of colliding with smaller neighbor NGC 1317 seen just above, causing far flung loops and shells of stars. Light from their close encounter would have reached Earth some 100 million years ago. In the deep, sharp image, the central regions of NGC 1316 and NGC 1317 appear separated by over 100,000 light-years. Complex dust lanes visible within also indicate that NGC 1316 is itself the result of a merger of galaxies in the distant past. Found on the outskirts of the Fornax galaxy cluster, NGC 1316 is known as Fornax A. One of the visually brightest of the Fornax cluster galaxies it is one of the strongest and largest radio sources with radio emission extending well beyond this telescopic field-of-view, over several degrees on the sky.

I wonder if M51 will do that eventually... Shock and Disruption...

I'm surprised that NG1317 isn't deformed after the collision with 1316. In fact, it's unusually symmetrical...
Top

I love this image, it's amazing! I think NGC 1317 is likely to be a merger remnant as well. Would love it if these guys went after NGC 3923. 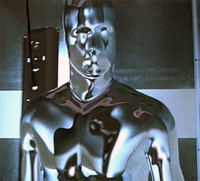 NHcycler wrote:
I'm surprised that NGC 1317 isn't deformed after the collision with 1316.

In fact, it's unusually symmetrical...

Fornax is a constellation in the southern sky,
partly ringed by the celestial river Eridanus.

NHcycler wrote:I'm surprised that NG1317 isn't deformed after the collision with 1316. In fact, it's unusually symmetrical...

yes NH, there's no way that smaller upper galaxy is anything but nascent/native, never disturbed. It's the most perfectly symmetrical galaxy spiral i've ever seen on this site. Be like saying a showroom Lexus was in a terrible accident, it just escaped without any defect....Absurd.
Top

I'm late to the party, but I must say that this is a really splendid image!

My amateur opinion is that NGC 1317 (the smaller, perfectly shaped galaxy) has not yet collided with NGC 1316 (although it will probably do so in the not-too-distant future) and that the contorted shape, irregular shells and broken dust lanes of NGC 1316 are the results of a previous merger.

The fact that NGC 1316 is a bright radio source also suggests that it has recently undergone a merger, and it may have produced jets in the past.


Sci News wrote:
The astronomers found that almost all of the galaxies with large amounts of radio emission, implying the presence of jets, were associated with galactic mergers.

And NGC 1316 produces large amounts of radio emission, and it is indeed associated with at least one merger! We're only missing the jet.

Star formation is being efficiently quenched in both NGC 1316 and NGC 1317 by the violence of past mergers and present tidal forces in NGC 1316, including forces that undoubtedly keep sending new helpings of material into the supermassive black hole of NGC 1316 and causing new galactic upheavals.

Note the perfect little blue ring near the center of NGC 1317, the only place in this galactic pair where young stars still exist. 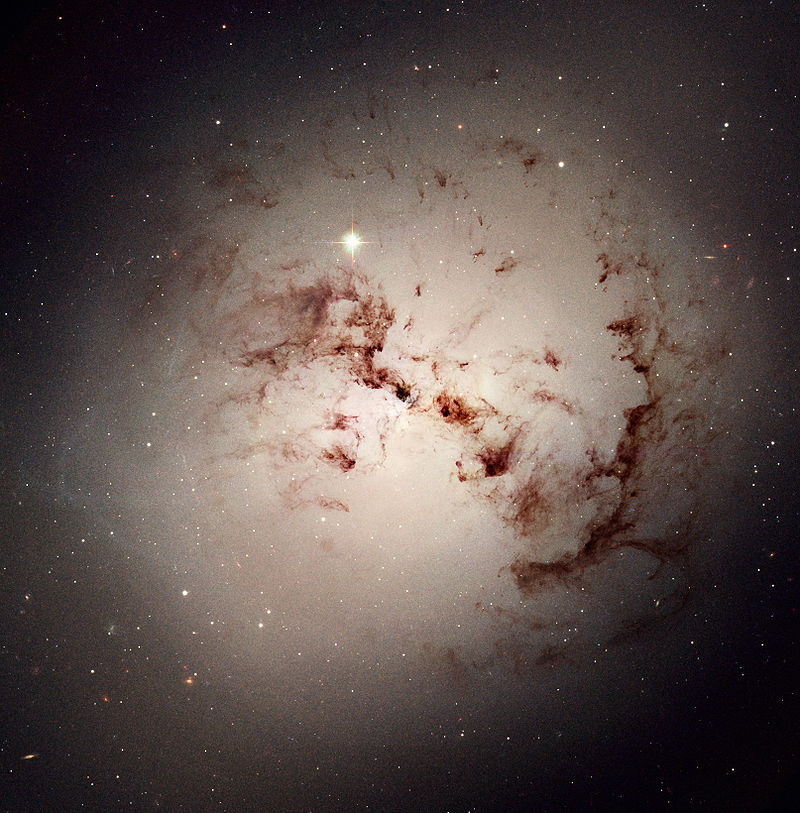 [b][color=#0000FF]It has been proposed too that NGC 1316 may be a galaxy in evolution that eventually will become a Sombrero-like system dominated by a large bulge.[/color][/b]

<<NGC 1316 (also known as Fornax A) is a lenticular galaxy about 60 million light-years away in the constellation Fornax. NGC 1316 is a radio galaxy. It is the fourth-brightest radio source in the sky (as seen at L band: 1400 MHz).

François Schweizer studied NGC 1316 extensively in the late 1970s. He found that the galaxy appeared to look like a small elliptical galaxy with some unusual dust lanes embedded within a much larger envelope of stars. The outer envelope contained many ripples, loops, and arcs. He also identified the presence of a compact disk of gas near the center that appeared inclined relative to the stars and that appeared to rotate faster than the stars. Based on these results, Schweizer suggested that NGC 1316 was built up through the merger of several smaller galaxies. These merger events may have fueled the central supermassive black hole, that has a mass estimated in 130-150 million of solar masses with gas, causing the galaxy to become a radio galaxy. He also states that NGC 1316 is comparable to the giant elliptical galaxies found in the centers of other clusters of galaxies. Using spectroscopy of its brightest globular clusters, the merger is estimated to have occurred ~3 billion years ago.

NGC 1316 is located within the Fornax Cluster, a cluster of galaxies in the constellation Fornax. However, in contrast to Messier 87, which is a similar elliptical galaxy that is located in the center of the Virgo Cluster, NGC 1316 is located at the edge of the Fornax Cluster. NGC 1316 appears to be interacting with NGC 1317, a small spiral galaxy to the north. However, that small spiral galaxy does not appear to be sufficiently large enough to cause the distortions seen in the structure of this galaxy. NGC 1316 was host to two Type Ia supernovae: 1980N(Ia) and 1981D(Ia).

https://en.wikipedia.org/wiki/L_band wrote:
<<The L band, as defined by the IEEE, is the 1 to 2 GHz range of the radio spectrum. The L band contains the hyperfine transition of neutral hydrogen (the 21 centimeter hydrogen line, 1420 MHz), which is of great astronomical interest as a means of imaging the normally invisible neutral atomic hydrogen in interstellar space. Consequently, parts of the L-band are protected radio astronomy allocations worldwide.

In the United States and overseas territories, the L band is held by the military for telemetry, thereby forcing digital radio to in-band on-channel (IBOC) solutions. Digital Audio Broadcasting (DAB) is typically done in the 1452–1492 MHz range in most of the world, but some countries also use VHF and UHF bands. WorldSpace satellite radio broadcasts in the 1467–1492 MHz L sub-band.>>

Yes, isn't it strange that the smaller galaxy that is colliding isn't deformed at all. I am not an expert but what if they aren't actually colliding? Imagine that NGC 1317 is actually nearly the same size as NGC 1316, but it is twice as far away. It just happens to be in our line of sight by coincidence. Say for example if an observer in NGC 1316 were looking at the Milky Way, and Andromeda would be in the line of sight, that observer would conclude the Milky Way and Andromeda were colliding.
Top

De58te wrote:
Yes, isn't it strange that the smaller galaxy that is colliding isn't deformed at all. I am not an expert but what if they aren't actually colliding? Imagine that NGC 1317 is actually nearly the same size as NGC 1316, but it is twice as far away. It just happens to be in our line of sight by coincidence. Say for example if an observer in NGC 1316 were looking at the Milky Way, and Andromeda would be in the line of sight, that observer would conclude the Milky Way and Andromeda were colliding.

Thanks, Julian; I've alerted the editors.
A closed mouth gathers no foot.
Top

Julian wrote:APOD 2017 Feb 02 has got wrong links for "Previous APOD" and "Next APOD"

Today's APOD shows a date of Feb. 2 above the caption... We're stuck on Groundhog Day!

On the bright side: we don't even have to floss.
Art Neuendorffer
Top