Explanation: What strange world is this? Earth. In the foreground of the featured image are the Pinnacles, unusual rock spires in Nambung National Park in Western Australia. Made of ancient sea shells (limestone), how these human-sized picturesque spires formed remains a topic of research. The panorama was taken last month. A ray of zodiacal light, sunlight reflected by dust grains orbiting between the planets in the Solar System, rises from the horizon near the image center. Arching across the top is the central band of our Milky Way Galaxy. The planets Jupiter and Saturn, as well as several famous stars are also visible in the background night sky.

Why does the Milky Way look like an arch? Is it because the Earth is out of the galaxy plane? Or is it in some way due to the use of wide field cameras? Maybe this is a trivial question, but I would like to understand more of these beautiful pictures.
Thanks a lot in advance.
Top

Petrus wrote:Why does the Milky Way look like an arch? Is it because the Earth is out of the galaxy plane? Or is it in some way due to the use of wide field cameras?

It is like looking at a straight line on a dome. It is circling all around us, but we see a section that is above the horizon. With a wide field view of the 3D world projected on a 2D image, you'll end up with an arch.

Not just the Milky Way, the road is probably straight from left to right, too.
Top

There are also at least 2 meteors, one just right of center.

The zodiacal light follows the ecliptic, so you are seeing the exact orientation of our solar system.
Just call me "geck" because "zilla" is like a last name.
Top

geckzilla wrote:
The zodiacal light follows the ecliptic, so you are seeing the exact orientation of our solar system. 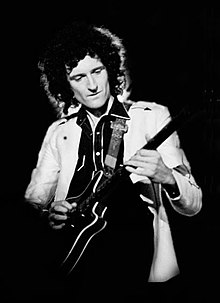 A survey of radial velocities in the zodiacal dust cloud
Author(s): May, Brian Harold
Item Type: Thesis or dissertation

Abstract: This thesis documents the building of a pressure-scanned Fabry-Perot Spectrometer, equipped with a photomultiplier and pulse-counting electronics, and its deployment at the Observatorio del Teide at Izaña in Tenerife, at an altitude of 7,700 feet (2567 m), for the purpose of recording high-resolution spectra of the Zodiacal Light. The aim was to achieve the first systematic mapping of the MgI absorption line in the Night Sky, as a function of position in heliocentric coordinates, covering especially the plane of the ecliptic, for a wide variety of elongations from the Sun. More than 250 scans of both morning and evening Zodiacal Light were obtained, in two observing periods – September-October 1971, and April 1972. The scans, as expected, showed profiles modified by components variously Doppler-shifted with respect to the unshifted shape seen in daylight. Unexpectedly, MgI emission was also discovered. These observations covered for the first time a span of elongations from 25º East, through 180º (the Gegenschein), to 27º West, and recorded average shifts of up to six tenths of an angstrom, corresponding to a maximum radial velocity relative to the Earth of about 40 km/s. The set of spectra obtained is in this thesis compared with predictions made from a number of different models of a dust cloud, assuming various distributions of dust density as a function of position and particle size, and differing assumptions about their speed and direction. The observations fit predominantly prograde models fairly well, but show a morning-evening asymmetry, different in the two observing periods. Models are investigated containing various components, including prograde and retrograde orbiting dust around the Sun, a drift of interstellar material though the Solar System, and light from distant emitting matter. The implications for possible asymmetries of the Zodiacal Cloud are discussed.

Other researches on the Zodiacal Dust Cloud, before, during, and after my observations, are reviewed, including recent insights into its structure, orientation, and evolution, up to the present day, and my observations are evaluated in this context. Period of study, 1970-2007.