Explanation: The Earth's dark umbral shadow is shaped like a cone extending into space. Of course its circular cross section at the distance of the Moon is more easily seen during a lunar eclipse. In fact, in this composite telephoto image from Earth's night side on January 31, the Earth's shadow has taken on a reddish tinge. The extent of the shadow along the lunar orbit is illustrated by aligning three frames taken just before the start, near the middle of, and just after the end of the total eclipse phase that lasted about 76 minutes. At the upper right and more easily seen during the eclipse's darker total phase is M44, one of the closest large star clusters. A mere 600 light-years away, M44 is also known as the Praesepe or the Beehive Cluster.

https://en.wikipedia.org/wiki/Beehive_Cluster#History wrote:
<<Galileo was the first to observe the Beehive in a telescope, in 1609, and was able to resolve it into 40 stars. Charles Messier added it to his famous catalog in 1769 after precisely measuring its position in the sky. Along with the Orion Nebula and the Pleiades cluster, Messier's inclusion of the Beehive has been noted as curious, as most of Messier's objects were much fainter and more easily confused with comets. One possibility is that Messier simply wanted to have a larger catalog than his scientific rival Lacaille, whose 1755 catalog contained 42 objects, and so he added some bright, well-known objects to boost his list. 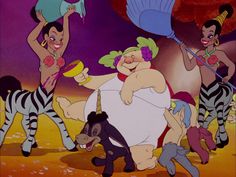 Ancient Greeks and Romans saw this object as a manger from which two donkeys, the adjacent stars Asellus Borealis and Asellus Australis, are eating; these are the donkeys that Dionysos and Silenus rode into battle against the Titans.

Hipparchus (c.130 BC) refers to the cluster as Nephelion ("Little Cloud") in his star catalog. Claudius Ptolemy's Almagest includes the Beehive Cluster as one of seven "nebulae" (four of which are real), describing it as "The Nebulous Mass in the Breast (of Cancer)". Aratus (c.260-270 BC) calls the cluster Achlus or "Little Mist" in his poem Phainomaina. This perceived nebulous object is in the Ghost (Gui Xiu), the 23rd lunar mansion of ancient Chinese astrology. Ancient Chinese skywatchers saw this as a ghost or demon riding in a carriage and likened its appearance to a "cloud of pollen blown from willow catkins." It was also known by the somewhat less romantic name of Jishi qi, the "Exhalation of Piled-up Corpses". It is also known simply as Jishi, "cumulative corpses.">>

Too bad the three images of the moon were not taken with the same exposure settings...

As they are in the composite, the middle one seems brighter, when it really should have been the darkest.
Top
4 posts • Page 1 of 1