Explanation: A jewel of the southern sky, the Great Carina Nebula, also known as NGC 3372, spans over 300 light-years, one of our galaxy's largest star forming regions. Like the smaller, more northerly Great Orion Nebula, the Carina Nebula is easily visible to the unaided eye, though at a distance of 7,500 light-years it is some 5 times farther away. This gorgeous telescopic close-up reveals remarkable details of the region's central glowing filaments of interstellar gas and obscuring cosmic dust clouds in a field of view nearly 20 light-years across. The Carina Nebula is home to young, extremely massive stars, including the still enigmatic and violently variable Eta Carinae, a star system with well over 100 times the mass of the Sun. In the processed composite of space and ground-based image data a dusty, two-lobed Homunculus Nebula appears to surround Eta Carinae itself just below and left of center. While Eta Carinae is likely on the verge of a supernova explosion, X-ray images indicate that the Great Carina Nebula has been a veritable supernova factory. 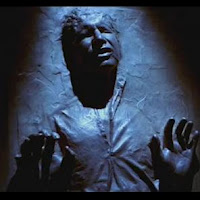 I know, It's a composite, composite, composite image, and the Carina Nebula could never look the way it does in the APOD. For one thing, details in the surrounding nebula have been very very much brightened, while Eta Carina itself has been dimmed by many magnitudes - or at least it looks that way! Hey, we can see the Homunculus Nebula! But, dimming and brightening aside, the details are gorgeous and the colors are to die for!

But let's compare the APOD to something a little more "normal-looking" to see what we are dealing with here: 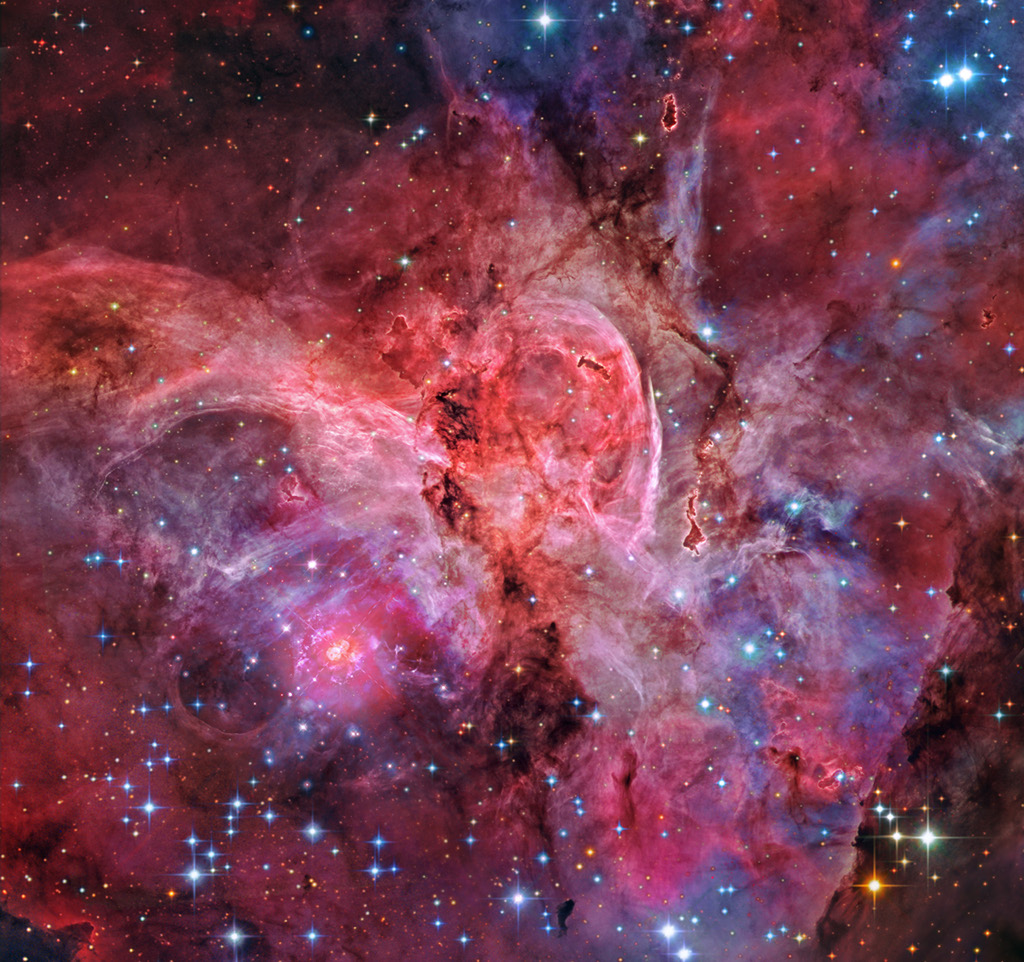 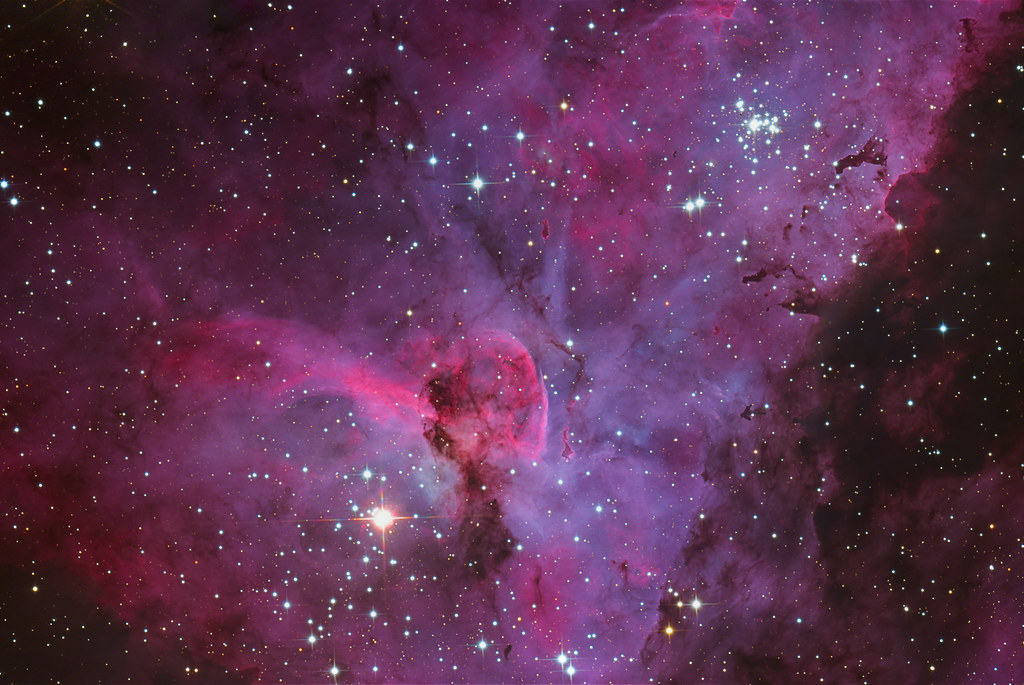 Ah, but the APOD is so gorgeous! You knew I would love it.

These processed photos are beautiful but looking at them through a telescope a lot are faint with a greenish Luminescence that is beautiful as well.
It would be wonderful if our eyes could see the entire spectrum.
Top

Looks pretty well preserved to me.

Nicely done photo
You do not have the required permissions to view the files attached to this post.
Orin