The Horsehead Nebula in Infrared from Hubble

Explanation: While drifting through the cosmos, a magnificent interstellar dust cloud became sculpted by stellar winds and radiation to assume a recognizable shape. Fittingly named the Horsehead Nebula, it is embedded in the vast and complex Orion Nebula (M42). A potentially rewarding but difficult object to view personally with a small telescope, the above gorgeously detailed image was taken in 2013 in infrared light by the orbiting Hubble Space Telescope in honor of the 23rd anniversary of Hubble's launch. The dark molecular cloud, roughly 1,500 light years distant, is cataloged as Barnard 33 and is seen above primarily because it is backlit by the nearby massive star Sigma Orionis. The Horsehead Nebula will slowly shift its apparent shape over the next few million years and will eventually be destroyed by the high energy starlight.

Makes me think of clouds in Earth's skies: I don't pretend to understand them! Water.
Top

horseheadir_hubble_960.jpg
When You see the Horsehead in all it's glory like this;
and only a pimple on the Orion Constellation-------? 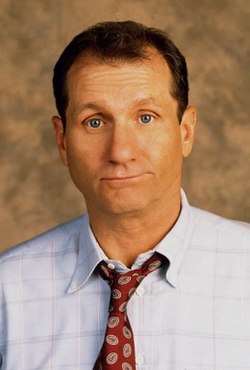 
<<σ Orionis is a naked eye star at the eastern end of Orion's Belt, and has been known since antiquity, but it was not included in Ptolemy's Almagest. It was referred to by Al Sufi, but not formally listed in his catalogue. In more modern times, it was measured by Tycho Brahe and included in his catalogue. In Kepler's extension it is described as "Quae ultimam baltei praecedit ad austr." (preceding the outermost of the belt, to the south). It was then recorded by Johann Bayer in his Uranometria as a single star with the Greek letter σ (sigma). He described it as "in enſe, prima" (in the sword, first). It was also given the Flamsteed designation 48.

In infrared images, a prominent arc is visible centred on σ Ori AB. It is about 50" away from the class O star, around 0.1 parsecs at its distance. It is directed towards IC434, the Horesehead Nebula, in line with the space motion of the star. The appearance is similar to a bowshock, but the type of radiation shows that it is not a bowshock. The observed infrared emission, peaking at around 45 microns, can be modelled by two approximately black-body components, one at 68K and one at 197 K. These are thought to be produced by two different sizes of dust grains.

The term "dust wave" is applied when the dust piles up but the gas is largely unaffected, as opposed to a "bow wave" where both dust and gas are stopped. Dust waves occur when the interstellar medium is sufficiently dense and the stellar wind sufficiently weak that the dust stand-off distance is larger than the stand-off distance of a bow shock. This would clearly be more likely for slow-moving stars, but slow-moving luminous stars may not have lifetimes long enough to produce a bow wave. Low luminosity late class O stars should commonly produce bow waves if this model is correct.>>

I love the detail that the IR gives compared to the Optical versions.
Tom
Top

That’s a great image. However, it is different enough from the ones I’m used to seeing to be iconic in its’ own right. I see from the back a Titan, newly arisen and unfolding to see what its’ place is in the cosmos.
Top
6 posts • Page 1 of 1