Explanation: Comet dust falls through a twilight sky in this dream-like scene, but it's not part of a fairytale movie. Still, Castle Neuschwanstein, nestled in the Bavarian Alps, did inspire Disneyland's Sleeping Beauty Castle. Captured on July 20, the bright streak above the castle towers is likely a Perseid meteor. Though it peaks near mid-August, the annual summer meteor shower is active now. The meteor trail over the fairytale castle can be traced back to the shower's radiant in the heroic constellation Perseus off the top right of the frame. Perseid meteors are produced by dust from periodic Comet Swift-Tuttle. With its own broad dust tail now sweeping through northern skies the celestial apparition above the distant horizon is planet Earth's current darling, Comet NEOWISE.

Who wrote that? What link to education was there? Of all the things in all the universe is this comet is now a fairy tale to obsessed over like a one hit wonder pop culture song? Over and over again. How about a nice pic of Io?
Top

So many nice scenes

of this comet!
You do not have the required permissions to view the files attached to this post.
Orin

I am not sure at all that this meteor belongs to Perseid. I pasted together this photo, Stellarium map ang a picture of Perseid's radiant from IMO, and the error appeared too big. Please have a look, am I right? 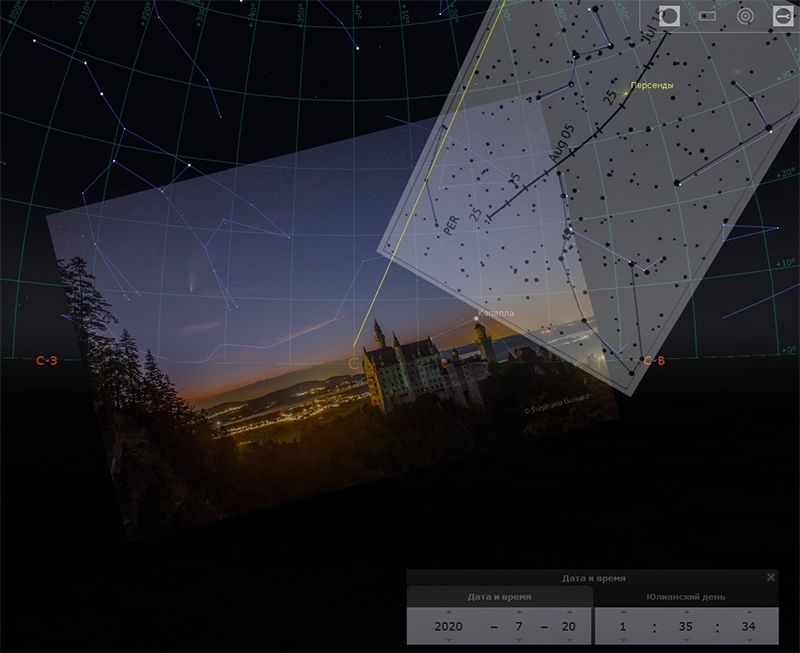 A vent wrote: ↑
Thu Jul 23, 2020 5:11 am
Who wrote that? What link to education was there? Of all the things in all the universe is this comet is now a fairy tale to obsessed over like a one hit wonder pop culture song? Over and over again. How about a nice pic of Io?

Just roll with it for another few days. A comet like this is a once every two decades event. I used to think comets were "mundane" compared to galaxies, nebulae, and yes, even the moons of the outer planets. But if you try, you can still learn something new from every pic of NEOWISE, even this one. Plus, Neuschwanstein is my favorite castle. I wonder if they have a telescope set up inside? I imagine the seeing conditions are pretty great. Don't worry, there will be images of IO soon enough: IO isn't going anywhere. 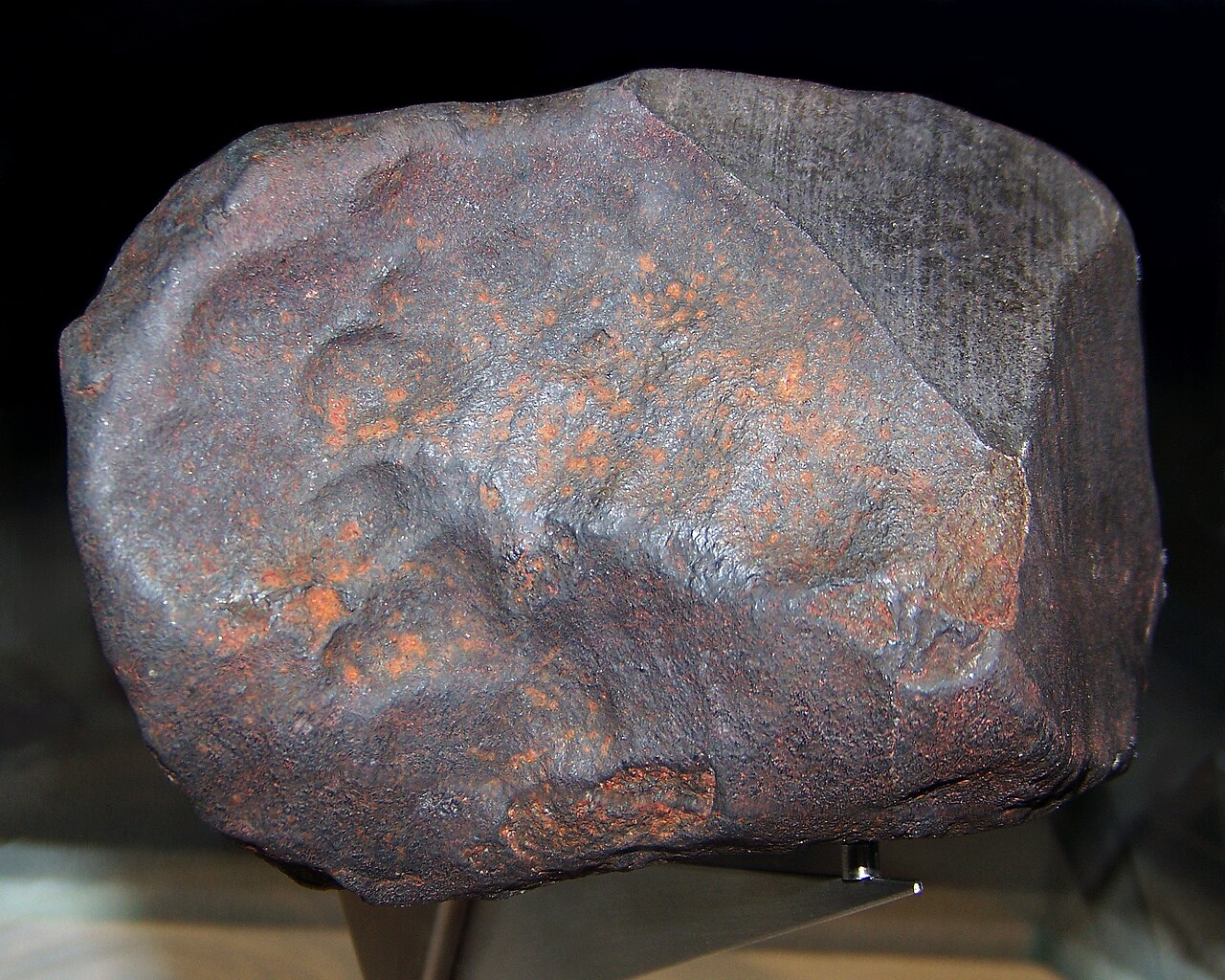 <<Neuschwanstein was an enstatite chondrite meteorite that fell to Earth on 6 April 2002 at 22:20:18 GMT near Neuschwanstein Castle, Bavaria, at the Germany–Austria border. Enstatite chondrites (also known as E-type chondrites) are a rare form of meteorite thought to comprise only about 2% of the chondrites that fall on Earth. Only about 200 E-Type chondrites are currently known. E-type chondrites are among the most chemically reduced rocks known, with most of their iron taking the form of metal or sulfide rather than an oxide. They tend to be high in the mineral enstatite (MgSiO3), from which they derive their name. Based on spectral analysis, it has been suggested that the asteroid 16 Psyche may be the common parent for this type of meteorite.

The 90.6-kilometer-long trace of the Neuschwanstein meteor within the Earth's atmosphere began at a height of about 85 km, about 10 km east-northeast of Innsbruck, with an entry angle of about 49° to the horizontal, and ended 16 km above the Earth's surface. Shortly before that it split into fragments at the "endpoint" at a height of about 22 km. The fragments descended on an area of several square kilometers. Three fragments were recovered with a total mass of about 6 kilograms. Neuschwanstein was the first meteorite in Germany, and the fourth in the world, that was monitored by one of the world's fireball networks, namely by the European Fireball Network. The fall caused a media stir and was observed by outdoor witnesses through most of central Europe. Loud rumbling and rattling of windows was reported in southern Bavaria, in particular in the Garmisch-Partenkirchen area, and the sound was audible within at least 100 km. The meteor left a spectacular trace in the night skies followed by a burst into half a dozen falling yellow-orange fragments. The total duration of the event which was observed by thousands of random observers was about six seconds. It was recorded by cameras, radiometers, infrasound detectors and seismic arrays making this one of the best-documented meteorite falls. The area of the fall attracted hunters for the meteorite fragments for weeks and months after the fall.

The entry velocity of 20.95 km/s in the atmosphere was rapidly reduced by air resistance to about 2.4 km/s at the end of the visible trajectory. Then the meteorite went into free fall which lasted about 108 seconds. The impact velocity on the surface was about 250–280 km/h. The fragments were displaced in the lower atmosphere (troposphere) from their expected trajectories by strong wind.>>

Well, last night I drove about a mile into the country, set up the camera, telephoto lens, and tripod, and began looking for the comet.
As I am a bit nearsighted, I needed to put on my glasses, before I found it. (faint little booger, isn't it).
I wasn't able to image it in my camera.
Maybe, just maybe, I could photograph it if I made a lot of changes to the camera parameters.
Top
7 posts • Page 1 of 1