Explanation: East of Antares, dark markings sprawl through crowded star fields toward the center of our Milky Way Galaxy. Cataloged in the early 20th century by astronomer E. E. Barnard, the obscuring interstellar dust clouds include B59, B72, B77 and B78, seen in against the starry background. Here, their combined shape suggests a pipe stem and bowl, and so the dark nebula's popular name is the Pipe Nebula. The deep and expansive view covers a full 10 by 10 degree field in the pronounceable constellation Ophiuchus. The Pipe Nebula is part of the Ophiuchus dark cloud complex located at a distance of about 450 light-years. Dense cores of gas and dust within the Pipe Nebula are collapsing to form stars.

The Treachery of Images ~ René Magritte
Know the quiet place within your heart and touch the rainbow of possibility; be
alive to the gentle breeze of communication, and please stop being such a jerk. — Garrison Keillor
Top

<<pipe (n.1) Old English pipe "simple tubular musical wind instrument," also "tube for conveying water," from Vulgar Latin *pipa "a pipe, tube-shaped musical instrument" (source also of Italian pipa, French pipe, Old Frisian pipe, German Pfeife, Danish pibe, Swedish pipa, Dutch pijp), a back-formation from Latin pipare "to chirp or peep," of imitative origin. All the tubular senses ultimately derive from the meaning "small reed, whistle." From late 14c. as "a tube or duct of the body." From mid-15c. as "one of the tubes from which the tones of an organ are produced." Meaning "narrow tubular device for smoking" is recorded by 1590s. As "the sound of the voice," 1570s.>>

My Grandpa used to smoke a pipe! When I was a little kid I used
to watch him!

I’m surprised someone from the American Cancer Society hasn’t protested and gotten word to the anarchists in Portland that there is an offensive Nebula name which condones smoking... 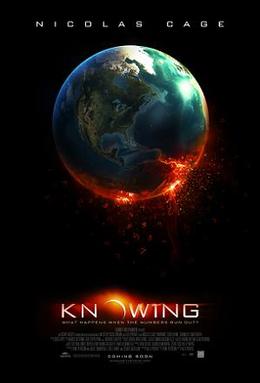 In 1959, a Lexington, Massachusetts elementary school celebrates its opening with a competition in which students draw what they believe will happen in the future; the works will be stored in a time capsule that will be opened in fifty years. All of the children create visual works except for Lucinda Embry, who is guided by whispering voices to fill her paper with a series of numbers with no apparent meaning. Before she can write the final numbers, the allotted time for the task expires and the teacher collects the students' drawings. The next day, as the time capsule is buried, the teacher finds Lucinda in a utility closet, engraving the remaining numbers into the door with her fingernails.

In 2009, the current class opens the time capsule and distributes the drawings inside among the students. Lucinda's sheet is given to Caleb Koestler, the nine-year-old son of the widowed MIT astrophysics professor John Koestler. John examines Lucinda's sequence of numbers and realizes that it is a coded message that predicted, with perfect precision, the dates and death tolls of major catastrophes over the past fifty years. However, three of the reported events have yet to happen, and one of the dates corresponds to the following day.

By coincidence, John is present during the next catastrophic event: a plane crash in which 81 people die. John learns that Lucinda's sheet also contains the geographical coordinates of the events. Interpreting the following numbers, John tries and fails to prevent a New York City Subway from derailing. John becomes convinced that his family has a significant role in these incidents: his wife died in one of the earlier events reported by Lucinda, while Caleb was the one to receive Lucinda's message. Meanwhile, Caleb begins hearing the same voices as Lucinda. To prevent the last event, John tracks down Lucinda's daughter Diana and her granddaughter Abby. After some initial disbelief, Diana goes with John to Lucinda's childhood home, where they find a copy of Matthäus Merian's engraving of Ezekiel's "chariot vision", in which a great sun is represented. They also discover that the final two digits of Lucinda's message are not numbers, but two reversed letter E's. On the bottom of Lucinda's bed, the meaning of the letters is found to be "Everyone Else". During this search, Caleb and Abby, who were left asleep in the car, have an encounter with the beings who are the source of the whispers.

The next day, Abby colors in the sun on the engraving, which gives John a revelation. He rushes to the MIT observatory and learns that a massive solar flare with the potential to destroy all life will hit the Earth on the last date indicated by the message. As Diana and Abby prepare to take refuge underground, John goes to the school and finds the door on which Lucinda engraved the final numbers, and identifies them as coordinates of a place where he believes that salvation from the solar flare can be found. The disbelieving and hysterical Diana loads both Caleb and Abby into her car and flees for the caves. At a gas station, the whispering beings steal her car with Caleb and Abby inside. Diana pursues them but is killed in an accident. The beings take Caleb and Abby to Lucinda's mobile home, where John encounters them shortly thereafter. The beings, who act as extraterrestrial angels, are leading children to safety on interstellar arks so that humanity may be rebuilt. John realizes he cannot go with them because he never heard the whispering, so he convinces Caleb to leave with Abby and both are transported away by the beings. The following morning, John drives through a chaotic Boston to his parents' house, where he reconciles with his estranged father. The solar flare then strikes, burning away the Earth's atmosphere and annihilating everything on the surface. Meanwhile, the ark, along with others, deposits Caleb and Abby on another world resembling an earthly paradise. The two run through a field towards a large white tree.>>

Above-left of center, from the southern hemisphere, so from a northern hemisphere perspective, it's "upside down"...
https://apod.nasa.gov/apod/ap200629.html

Nice image. Kind of looks like the Starlink constellation, once fully deployed.