Explanation: Many bright nebulae and star clusters in planet Earth's sky are associated with the name of astronomer Charles Messier from his famous 18th century catalog. His name is also given to these two large and remarkable craters on the Moon. Standouts in the dark, smooth lunar Sea of Fertility or Mare Fecunditatis, Messier (left) and Messier A have dimensions of 15 by 8 and 16 by 11 kilometers respectively. Their elongated shapes are explained by the extremely shallow-angle trajectory followed by an impactor, moving left to right, that gouged out the craters. The shallow impact also resulted in two bright rays of material extending along the surface to the right, beyond the picture. Intended to be viewed with red/blue glasses (red for the left eye), this striking stereo picture of the crater pair was recently created from high resolution scans of two images (AS11-42-6304, AS11-42-6305) taken during the Apollo 11 mission to the Moon.

Wow: Click on your computer screen and the photo really jumps out at you!

Messier imagined that he would be remembered for the comets that he discovered.

But instead he is ONLY remembered - and remembered BIG TIME - for his list of objects to be avoided! 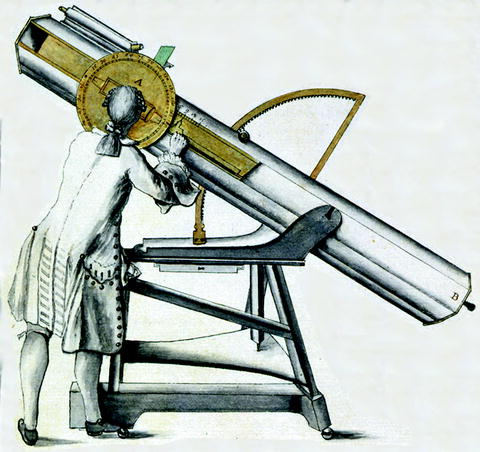 
<<D/1770 L1, popularly known as Lexell's Comet after its orbit computer Anders Johan Lexell, was a comet discovered by astronomer Charles Messier in June 1770. It is notable for having passed closer to Earth than any other comet in recorded history; the comet has not been seen since 1770 and is considered a lost comet.

The comet was discovered on June 14, 1770, in the constellation Sagittarius by Messier, who had just completed an observation of Jupiter and was examining several nebulae. At this time it was very faint, but his observations over the course of the next few days showed that it rapidly grew in size, its coma reaching 27 arcminutes across by June 24: by this time it was of magnitude +2. Messier was [also] the last astronomer to observe the comet as it moved away from the Sun, on October 3, 1770.

On July 1, 1770, the comet passed 0.015 astronomical units from Earth, or approximately 6 times the radius of the Moon's orbit. Charles Messier measured the coma as 2° 23' across, around four times the apparent angular size of the Moon. An English astronomer at the time noted the comet crossing over 42° of sky in 24 hours; he described the nucleus as being as large as Jupiter, "surrounded with a coma of silver light, the brightest part of which was as large as the moon's orb".

Scientists at the time largely believed that comets originated outside the solar system, and therefore initial attempts to model the comet's orbit assumed a parabolic trajectory, which indicated a perihelion date (the date of the closest approach to the Sun) of August 9–10. When it turned out that the parabolic solution was not a good fit to the comet's orbit, Anders Johan Lexell suggested that the comet followed an elliptical orbit. His calculations, made over a period of several years, gave a perihelion of August 13–14 and an orbital period of 5.58 years. Lexell also noted that, despite this short-period orbit, by far the shortest known at the time, the comet was unlikely to have been seen previously because its orbit had been radically altered in 1767 by the gravitational forces of Jupiter. It is, therefore, the earliest identified Jupiter family comet (as well as the first known near-Earth object).

The comet was never seen again. Lexell, after conducting further work in cooperation with Pierre-Simon Laplace, argued that a subsequent interaction with Jupiter in 1779 had further perturbed its orbit, either placing it too far from Earth to be seen or perhaps ejecting it from the Solar System altogether. The comet likely no longer approaches any closer to the Sun than Jupiter's orbit.

Although Comet Lexell was never seen again, it remained interesting to astronomers. The Paris Academy of Sciences offered a prize for an investigation into the orbit of the comet. Johann Karl Burckhardt won in 1801, and confirmed the calculations of Lexell. He calculated that the 1779 close approach to Jupiter drastically altered its orbit and left it with a perihelion of 3.33 AU. In the 1840s, Urbain Le Verrier carried out further work on the comet's orbit and demonstrated that despite potentially approaching Jupiter as close as three and a half radii from the planet's centre the comet could never have become a satellite of Jupiter. He showed that after the second encounter with Jupiter many different trajectories were possible, given the uncertainties of the observations, and the comet could even have been ejected from the Solar System. This foreshadowed the modern scientific idea of chaos. Lexell's work on the orbit of the comet is considered to be the beginning of modern understanding of orbit determination.

In a 2018 paper, Quan-Zhi Ye et al. used recorded observations of the comet to recalculate the orbit, finding Le Verrier's 1844 calculations to be highly accurate. They simulated the orbit forwards to the year 2000, finding that 98% of possible orbits remained orbiting the Sun, 85% with a perihelion nearer than the asteroid belt, and 40% crossing Earth's orbit. The numbers remain consistent even when including non-gravitational parameters caused by pressures from a comet's jets.

Based on its apparent brightness in 1770, they estimate the comet to be between 4 and 50 kilometers in diameter, most likely less than 30. Additionally, based on a lack of meteor showers, they suggest that the comet may have ceased major activity before 1800 AD.>>

Is this a stock photo for when y'all don't have anything else to offer? It has been offered at least five times, one just a month apart.
Top

It has cropped up five times, but separated by two or three years or more each time. Here's the crossed-eye stereo pair version I created for a previous posting.
_
file.jpg
You do not have the required permissions to view the files attached to this post.
Chris

It has cropped up five times, but separated by two or three years or more each time. Here's the crossed-eye stereo pair version I created for a previous posting.
_
file.jpg

Is this a stock photo for when y'all don't have anything else to offer? It has been offered at least five times, one just a month apart.

It has cropped up five times, but separated by two or three years or more each time. Here's the crossed-eye stereo pair version I created for a previous posting.
_ 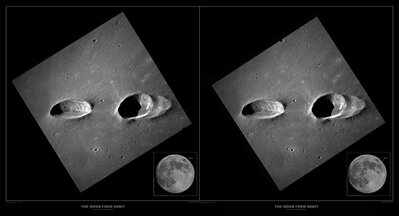