NGC 2244: A Star Cluster in the Rosette Nebula

Explanation: In the heart of the Rosette Nebula lies a bright open cluster of stars that lights up the nebula. The stars of NGC 2244 formed from the surrounding gas only a few million years ago. The featured image taken in January using multiple exposures and very specific colors of Sulfur (shaded red), Hydrogen (green), and Oxygen (blue), captures the central region in tremendous detail. A hot wind of particles streams away from the cluster stars and contributes to an already complex menagerie of gas and dust filaments while slowly evacuating the cluster center. The Rosette Nebula's center measures about 50 light-years across, lies about 5,200 light-years away, and is visible with binoculars towards the constellation of the Unicorn (Monoceros). 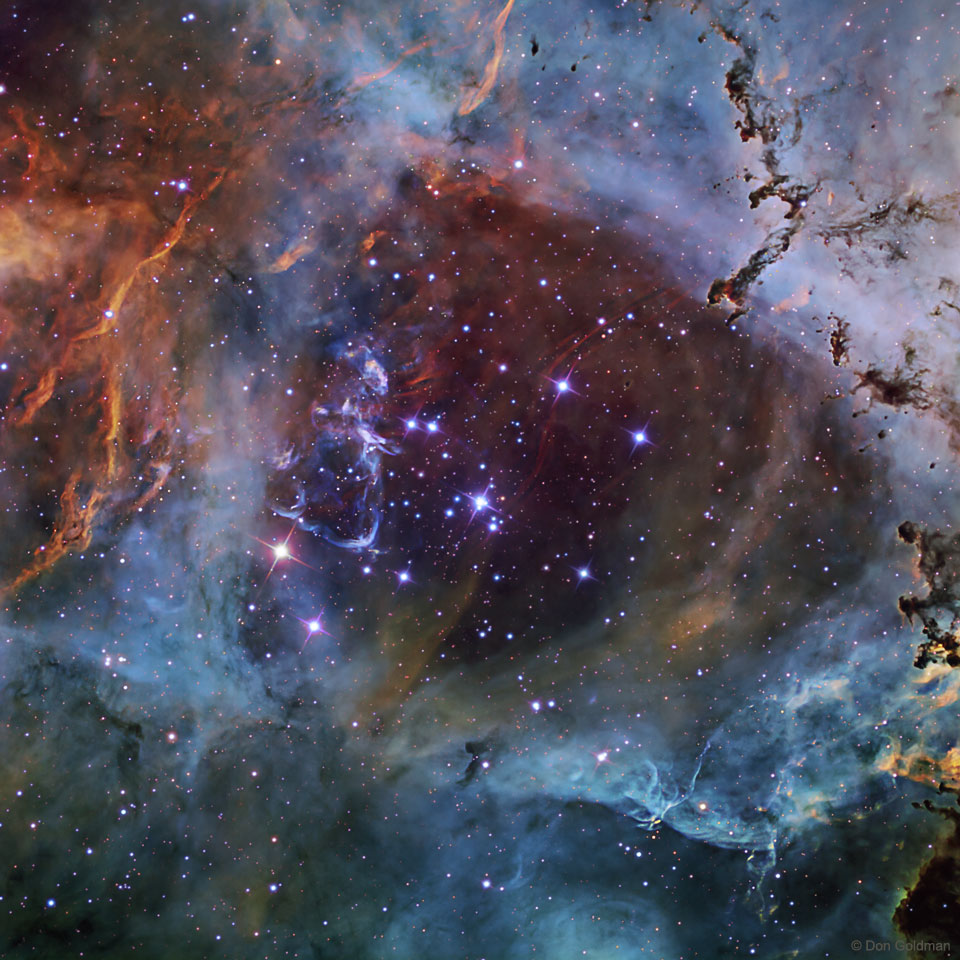 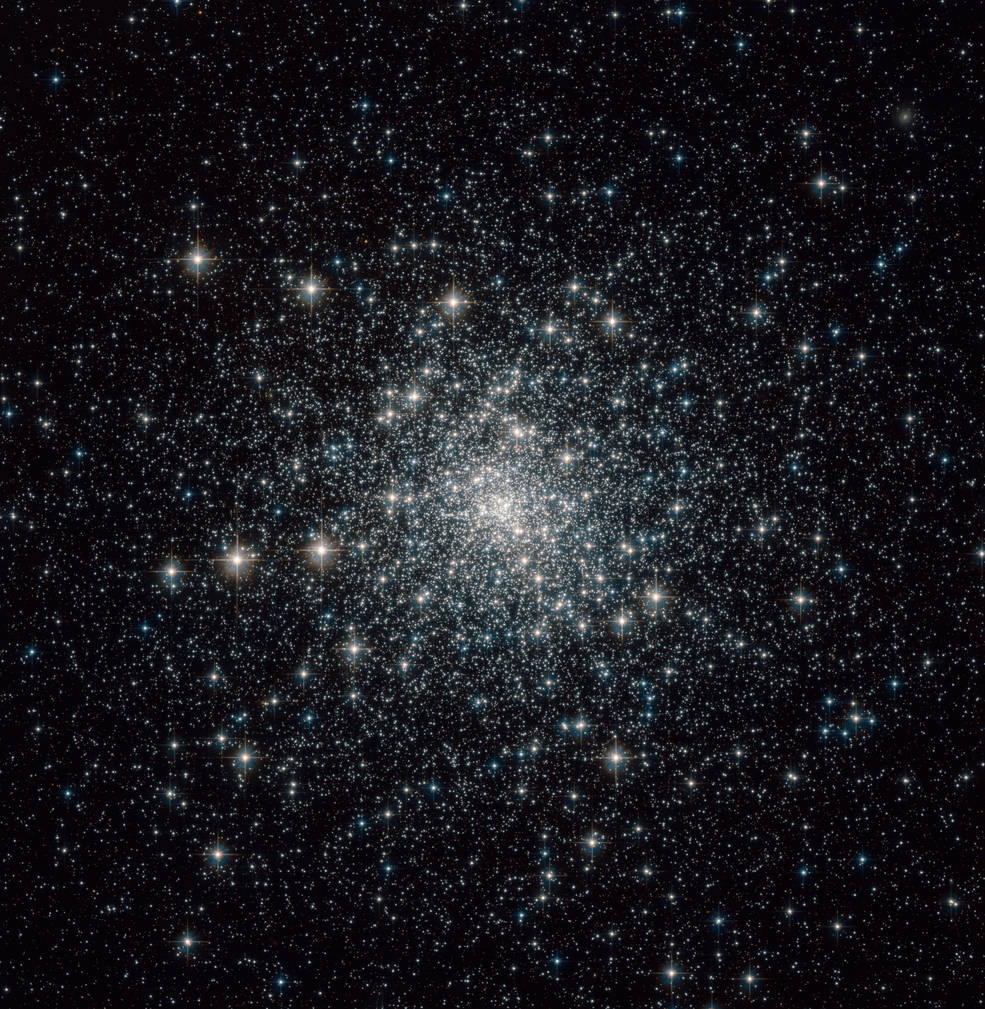 But I frankly don't approve of photographing stars in SHO. Yes, I realize that Hubble often photographs globular clusters in weird-looking colors by using only two filters, often 606 and 814 nm, which is very bad for imaging blue horizontal branch stars. And just two filters is generally bad for bringing out a rich palette of colors in stars.

But there is a good reason for Hubble to use the 814 nm filter when photographing globular clusters: The 814 nm filter brings out the small red stars, which are extremely plentiful in globulars. And using only two filters saves time for Hubble, whose precious time is very much in demand.

But I don't see the point of using the SHO filter for bringing out the stars of an emission nebula. Because while these three filters bring out amazing detail in nebulas, they function as just two filters for stars. That is because the SII filter reacts to the wavelength of 658 nm, while the Hα filter reacts to the wavelength of 656 nm. These two wavelengths make a great difference in nebulas, but they make no difference whatsoever in stars.

Take a look at the Hubble picture of the globular cluster M30 at left. I could not find any actual information on the filters used for that image, but the pale, washed-out colors and the strange bluish cast of the image tells me that this is a 606 + 814 nm filter image.

Those are beautiful images Ann, thanks for sharing them!
Ego vigilate
Ego audire
Top

The beautiful hole in the Rosette has some very young stars!


The beautiful hole in the Rosette has some very young stars!

Orin's 6000th Post.JPG
You do not have the required permissions to view the files attached to this post.
Last edited by johnnydeep on Mon Feb 22, 2021 2:26 pm, edited 1 time in total.
--
"To B̬̻̋̚o̞̮̚̚l̘̲̀᷾d̫͓᷅ͩḷ̯᷁ͮȳ͙᷊͠ Go......Beyond The F͇̤i̙̖e̤̟l̡͓d͈̹s̙͚ We Know."
Top

A simple "menagerie" of glass

APOD Robot wrote: ↑Sun Feb 21, 2021 5:06 am
A hot wind of particles streams away from the cluster stars and contributes to an already complex menagerie of gas and dust filaments while slowly evacuating the cluster center.

https://en.wikipedia.org/wiki/Menagerie wrote:
<<A menagerie is a collection of captive animals, frequently exotic, kept for display; or the place where such a collection is kept, a precursor to the modern zoological garden. The term was first used in 17th-century France, in reference to the management of household or domestic stock. Later, it came to be used primarily in reference to aristocratic or royal animal collections. The French-language Methodical Encyclopaedia of 1782 defines a menagerie as an "establishment of luxury and curiosity". Later on, the term referred also to travelling animal collections that exhibited wild animals at fairs across Europe and the Americas.>>

Ann has a Knac for seeing beauty in things!