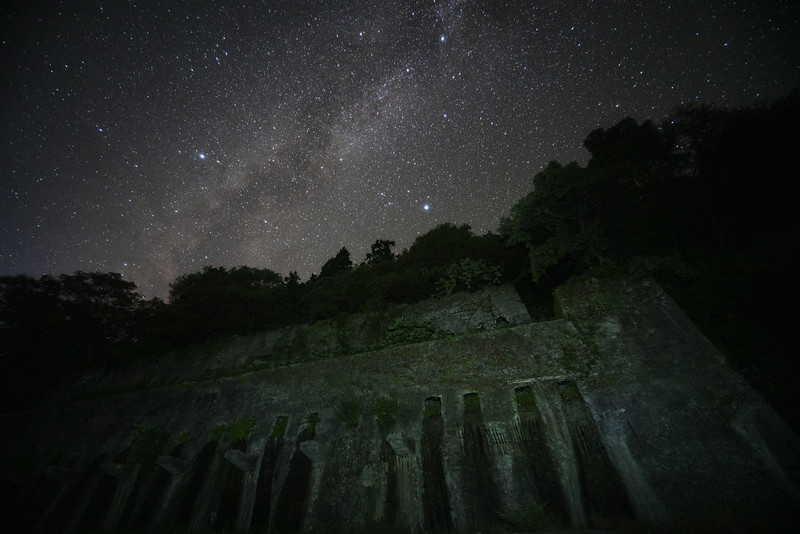 Sado Gold Mine Galaxy by MASAHIRO MIYASAKA, on Flickr
Top


Astrobin High Res: https://www.astrobin.com/vsome7/
You do not have the required permissions to view the files attached to this post.
Top 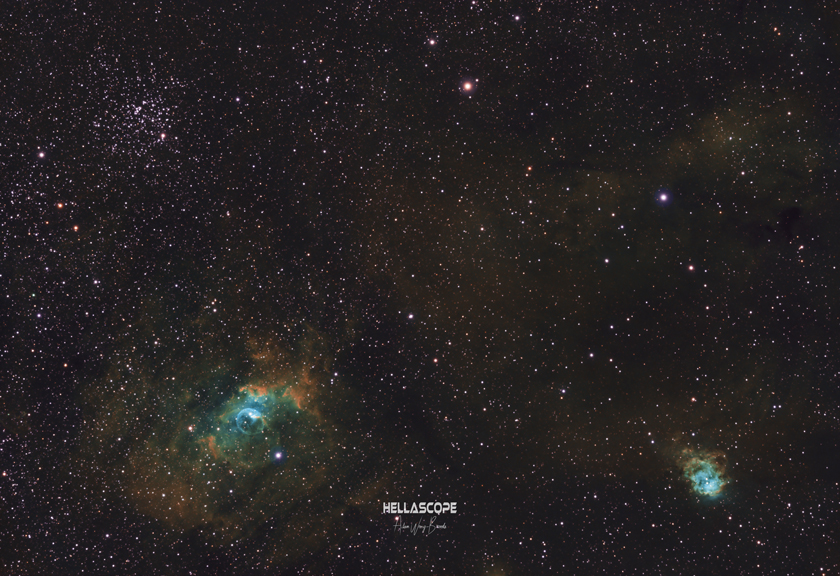 The Bubble Nebula (bottom-left corner), the Northern Lagoon Nebula (bottom-right corner), and the Messier 52 Star Cluster (top-left corner) can be found by continuing the line running from stars Schedar to Caph in the constellation Cassiopeia. They are located approximately 7,100, 4,100, and 4,600 light-years, respectively, from Earth. This trio of deep-sky objects was photographed from my backyard through a telescope for over 16 hours across four nights between September 5-23.
Top

This image of M20 is from Martin Pugh’s Observatory data that I processed.

Thanks for considering.
Gil Ching
You do not have the required permissions to view the files attached to this post.
Top

Thanks
Andrea
You do not have the required permissions to view the files attached to this post.
Top 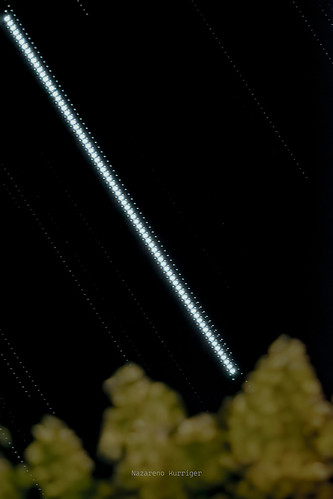 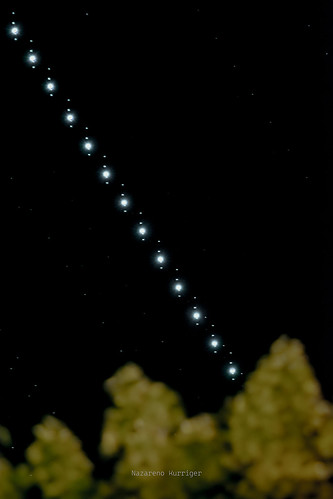 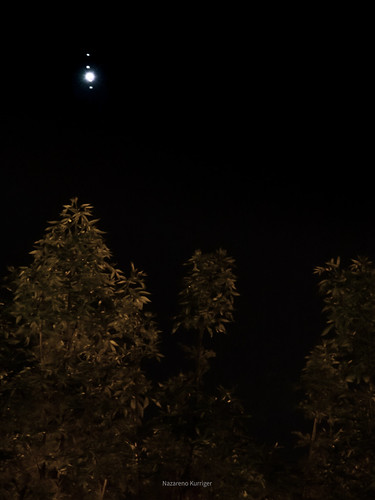 While attending the Connecticut Star Party on Saturday September, 24th, those of us there were pleasantly surprised to see the Falcon 9 launch that evening. This image was shot with at iPhone 13, and is time stamped 7:41pm. 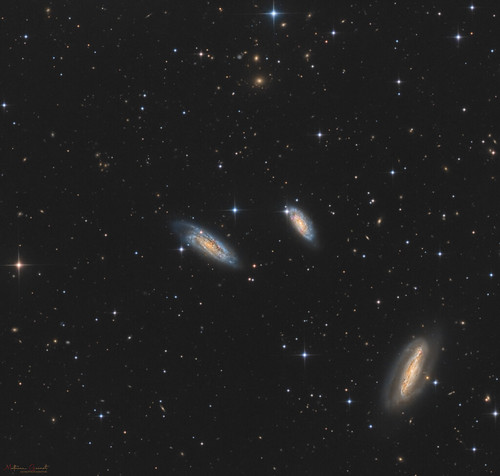 Located in the Grus Constellation, these 3 spiral galaxies are members of the Grus-quartet. The 4th member of this group is NGC7552, which is not inside this field of view.
The high starburst activity of NGC 7552 and NGC 7582 is thought to be a result from an interactions between these members. The distance to the galaxies is estimated to be between 55 and 70 millions light-years.
At the top the galaxy cluster Abell 1111 is dominated by two giant elliptical galaxies : PGC 71042 and PGC 71043.

Target: M33 aka The Triangulum Galaxy in HOO/LRGB
This is my first time doing an HOO/LRGB Blend in Pixinisght, I'm very happy with how this one came out. It's crazy to me that I was able to pull the detail out of the nebulae detail in another galaxy! I've included a couple of close-up shots of the nebulae details, hope you enjoy!
Astobin: https://www.astrobin.com/phsirr/
Instagram: https://www.instagram.com/colorado_astro/
Equipment:
ASI2600MM-Pro
Antlia 36mm LRGB, 3nm Ha, 3nm OIII filters
Orion 8" f/4 newt
SW Quattro CC
EQ6R-Pro

Acquired in NINA, Processed in Pixinsight and Photoshop
You do not have the required permissions to view the files attached to this post.
Top

in this photo you can see the northern and eastern sides of the great pyramid, and the sun at the noon 23 sep 2022 few hours after the autumn equinox of 2022 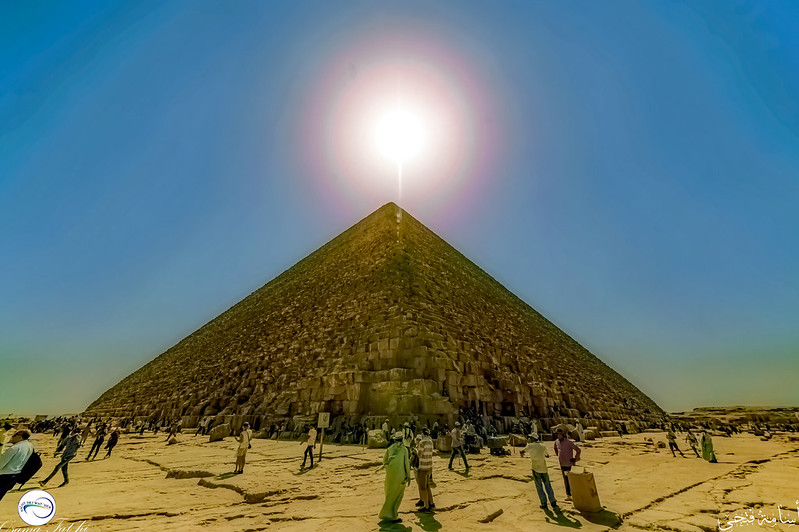 Jupiter is at its Closest approach above the Pyramids of Giza

To enter the Great Pyramid at night, you need a special permission and many procedures to take such photos 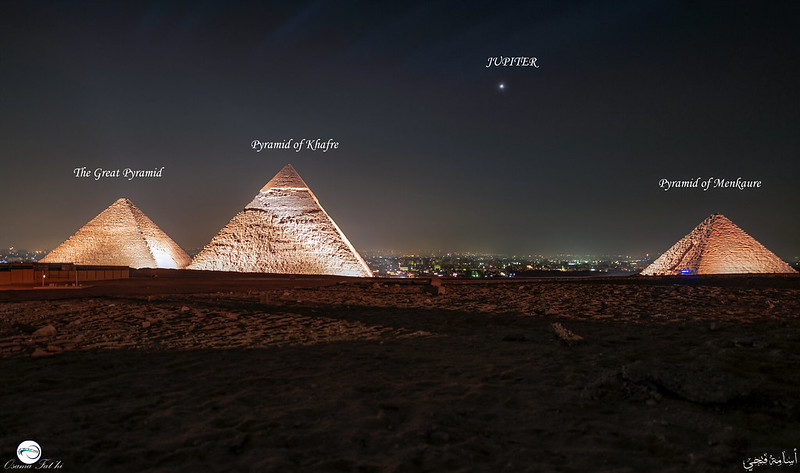 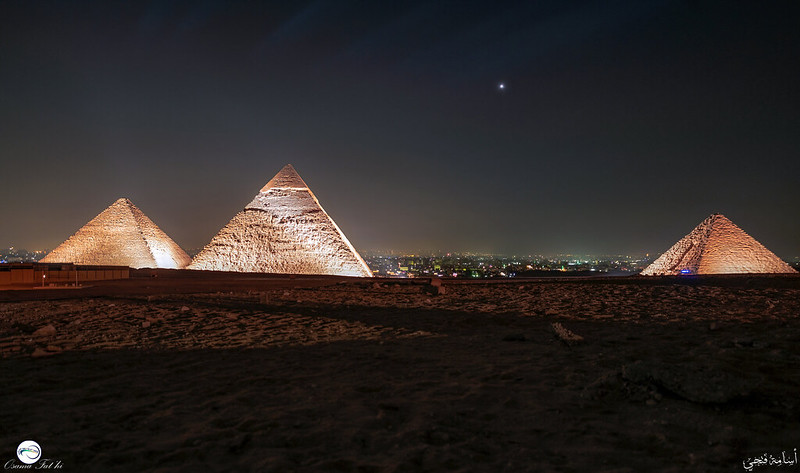 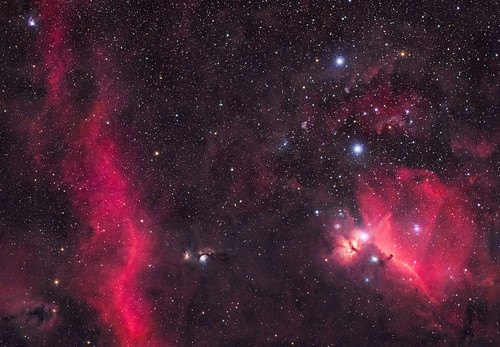 Horsehead in the Majestic Orion by Ahmed Waddah, on Flickr

The field of view contains the NGC 7331 galaxy and the Stephan’s Quintet, already famous due to the recent images acquired by the cameras onboard the James Webb Space Telescope.
Using our modest amateur equipment we obtained a detailed image that shows many features that characterize the morphology of the galaxy cluster. Many small and evanescent galaxies are also observable in the background, almost confused with the stars.
The emission from these objects reached us after millions of years travelling at the speed of light. For this reason we are observing them as they were when the first dinosaurs started to populate the Earth, as in the case of NGC 7317 (one of the galaxies in the Quintet), that has a distance of about 350 millions of light-years.

The data were acquired in Castelbuono (Sicily, Italy) during the XXII Star Party delle Madonie organized by ORSA-Palermo, held between 1-3 July 2022. 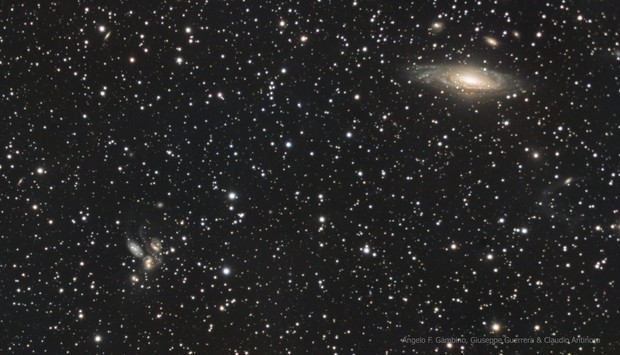 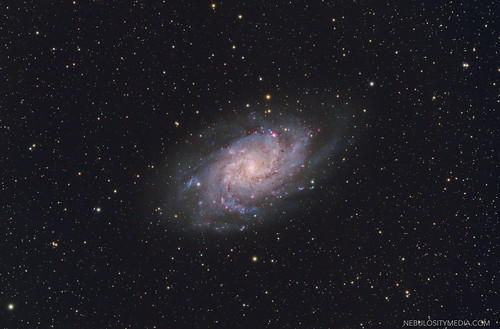 The Galaxy Triplet NGC 6769, NGC6770 & NGC6771 is a gravitational interacting triplet of galaxies, located about 190 million light years away in the southern constellation of Pavo (the Peacock).
There are many others remarquables galaxies in the FOV, the most important ones are IC 4842 at the bottom and IC 4845 on the top corner left.

Hello I’m glad to share my picture of Rho Ophiuchi. Rho Ophiuchi is one of my favorite part of the sky because of its colors ! I already tried to catch it before but the result was quite less good. Since I acquired the RedCat 51 this target was on the top of my todo list. In June I went for an astrophotography trip in La Palma and at this occasion I did my photography.

La Palma island in Canary, is a very well known location by the astrophotographers. Indeed the sky conditions are outstanding enough that it’s considered as one of the best spot of the north hemisphere for astronomy. It’s a Volcanic island that hosts several international telescopes regrouped into a park called Roque de los Muchachos that is located on the top of the caldeira at 2400m.

The sky was so good there that the process was very easy. I use the Sky Adventurer mount with the Redcat 51, and It was only my second attempt with this equipment so I decided to not expose too long (45 sec) to avoid any star trail. Now that I have experimented it a little more I know that I can expose until 3 minutes. I shot 211 pictures in total and I took 90% of the best pics which give a final photo with 2h22 exposure.

“ Goodbye Milky Way “
Location: Paran Valley, israel
Date : Aug 27
Gear – Canon Eos RA
Instegram - @astroi_levi
Copyrights - Roi Levi
My_Picture.jpg
Story - The milky way core is visible during the summer over a huge mushroom rock in the middle of the desert, saying good bye to milkyway core when the winter comes, in the image its is shown the nebulosity around the milky way featuring Zeta Ophiuchi, Rho Ophiuchi, blue horse nebula, trifid nebula,cats pow,nebula .lagoon nebul,the eagle and more...
You do not have the required permissions to view the files attached to this post.
Top

The full is here : https://www.astrobin.com/full/4mmgs2/0/?mod=&real=
You do not have the required permissions to view the files attached to this post.
Top 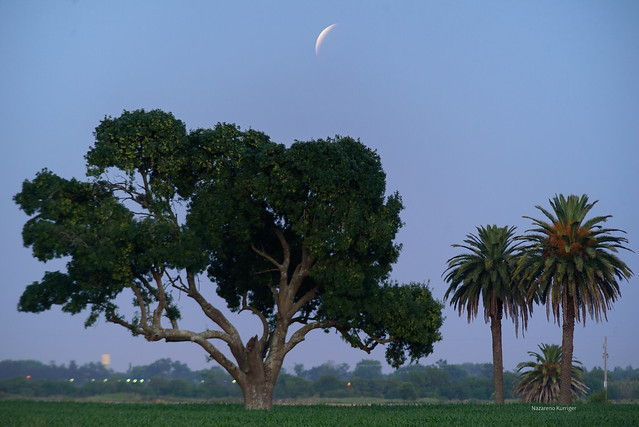 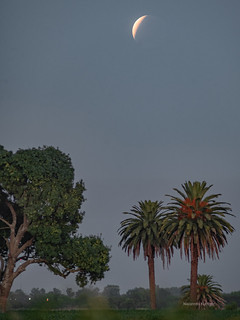 Barnard 150
Copyright: Alson Wong
Barnard150_LRGBc_PS_1613.jpg
You do not have the required permissions to view the files attached to this post.
Top

Sh2-132_HOO_final_crop_FB.jpg
You do not have the required permissions to view the files attached to this post.
Top
171 posts