Explanation: Beautiful spiral galaxy NGC 6744 is nearly 175,000 light-years across. That's larger than the Milky Way. It lies some 30 million light-years distant in the southern constellation Pavo, with its galactic disk tilted towards our line of sight. This Hubble close-up of the nearby island universe spans about 24,000 light-years or so across NGC 6744's central region. The Hubble view combines visible light and ultraviolet image data. The giant galaxy's yellowish core is dominated by the visible light from old, cool stars. Beyond the core are star-forming regions and young star clusters scattered along the inner spiral arms. NGC 6744's young star clusters are bright at ultraviolet wavelengths, shown in blue and magenta hues. Spiky stars scattered around the frame are foreground stars and well within our own Milky Way.

eso1118a.jpg
This photo shows the whole NGC6744 Galaxy; today's photo shows
the closeup! Nice to have both views.

Nice to pick out individual
stars even though the spiky stars are in the MW!

Whenever I see a closeup of a galaxy like this, the numbers are just mindblowing ... something like 300B star systems for the Milky Way alone. Just staggering.

And I *think* those survey estimates are only counting live stars. There could be many more dead systems on top of that... Brown Dwarfs and White Dwarfs, etc.
Top 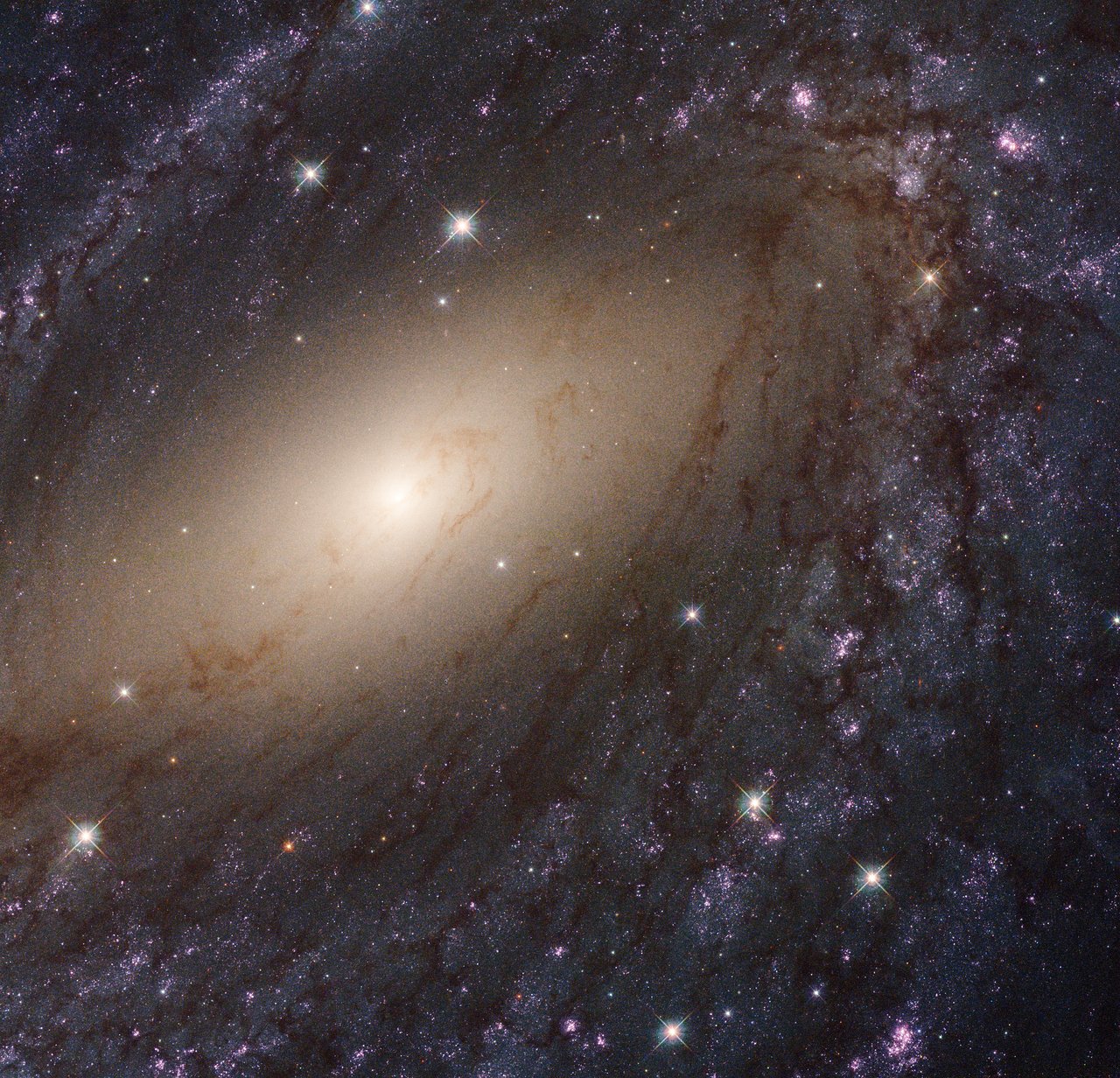 This image shows the galaxy NGC 6744, about 30 million light-years away. It is one of 50 galaxies observed as part of the Hubble Space Telescope’s Legacy ExtraGalactic UV Survey (LEGUS), the sharpest, most comprehensive ultraviolet-light survey of star-forming galaxies in the nearby Universe, offering an extensive resource for understanding the complexities of star formation and galaxy evolution.

So in the same way that JWST brings out infrared features of the Universe, Hubble used its ultraviolet capabilities to bring out a huge number of ultraviolet sources (i.e., mostly hot stars) in galaxy NGC 6744. And Hubble is taking an ultraviolet peek at 49 other nearby galaxies too, to learn more about star formation (which produces the short-lived hot stars) in the nearby Universe.

Of course, in spite of the ultraviolet focus of the Hubble image, we can certainly see that NGC 6744 has a big old yellow bar and bulge made up of billions of old yellow stars.

There are other ways of looking at NGC 6744, too. We can look at it in ultraviolet light only, or we can focus on bringing out the optical yellow, blue and reddish-pink aspects of the galaxy. (Or rather, highly skilled astrophotographers and people highly skilled at processing can do this for us.) 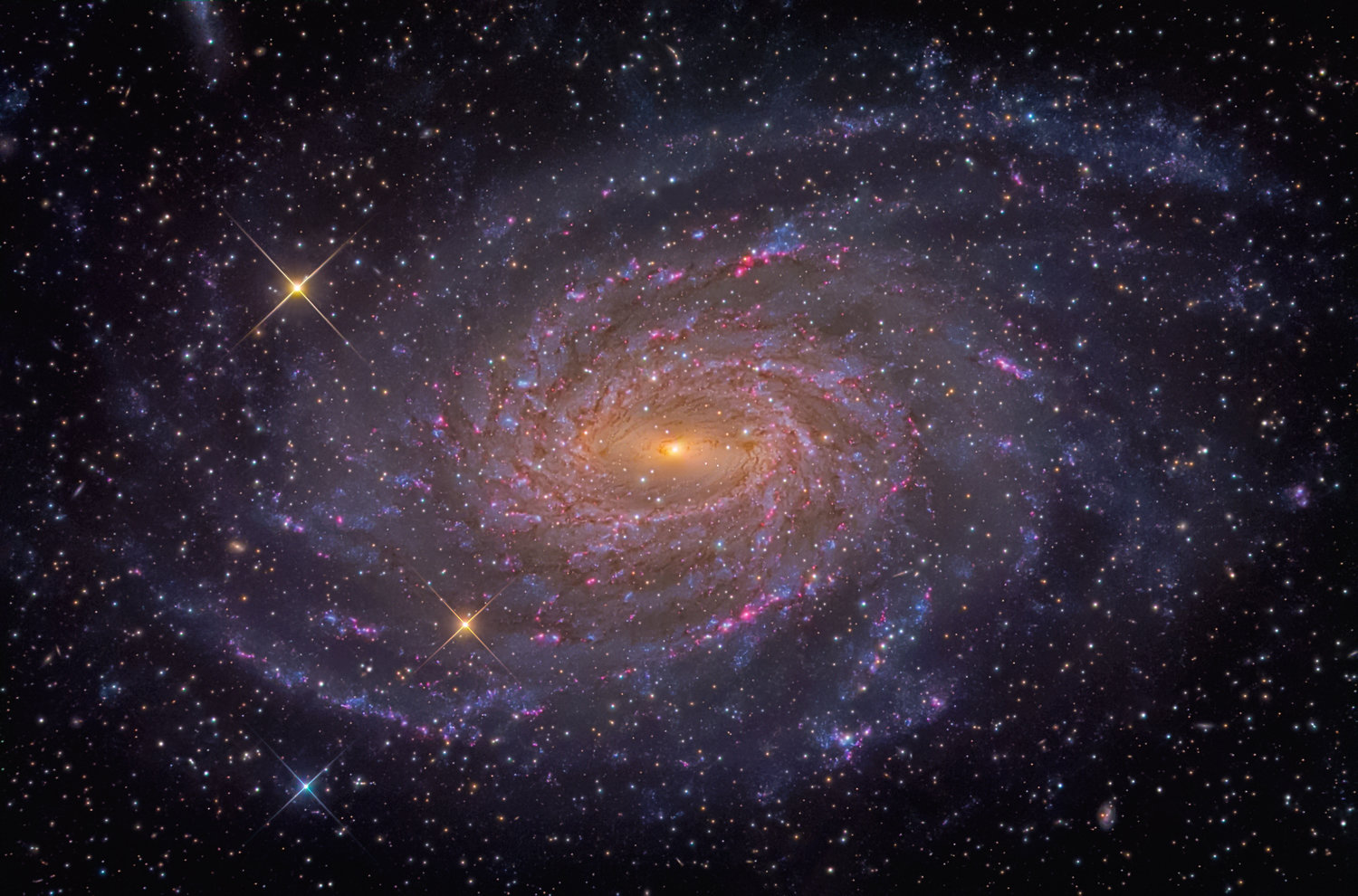 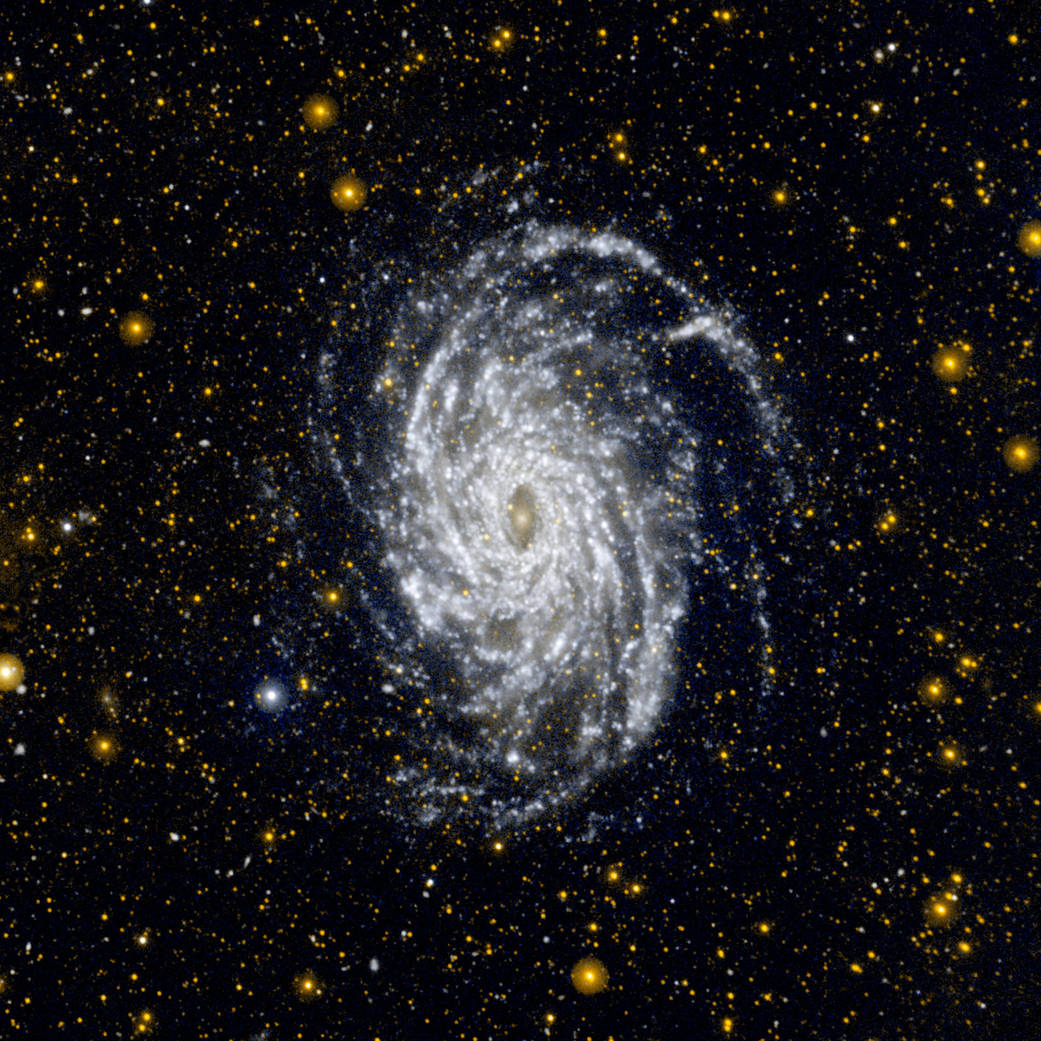 NGC 6744 in ultraviolet light only, photographed by GALEX. Credit: NASA/JPL-Caltech

Zooming in, we see a galaxy similar to our own but with some distinct differences.

The way I understand it, the milky-ness is a consequence of the vast sea of stars being unresolved by our eyes. Our eyes have tiny apertures and are nowhere close to being able to resolve the individual points of light. So we just see a patchy cloud of mild light.
Top
6 posts • Page 1 of 1