Perhaps the world's oldest "smile" — a painted flask from 1700 B.C.
found in a burial site in Karkemish, an ancient city in modern-day Turkey.
Credit: Turco-Italian Archaeological Expedition at Karkemish

The iconic smiley face may seem like a modern squiggle, but the discovery of a smiley face-like painting on an ancient piece of pottery suggests that it may be much older.

During an excavation of Karkemish, an ancient Hittite city whose remains are in modern-day Turkey near the Syrian border, archaeologists came across a 3,700-year-old pitcher that has three visible paint strokes on it: a swoosh of a smile and two dots for eyes above it.

"The smiling face is undoubtedly there," Nikolo Marchetti, an associate professor in the Department of History and Cultures at the University of Bologna in Italy, told Live Science in an email. "There are no other traces of painting on the flask." ...

The team of Turkish and Italian archaeologists found the pitcher, which dates to about 1700 B.C., in what was a burial site beneath a house in Karkemish, Marchetti said. The pitcher was likely used to drink sherbet, a sweet beverage, he told the Anadolu Agency, a Turkish news outlet.

"It has no parallels in ancient ceramic art of the area," Marchetti told Live Science. "As for the interpretation, you may certainly choose your own." 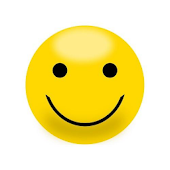 Re: The world's oldest smiley?

<<Kool-Aid Man has appeared on television and print advertising as a fun-loving, gigantic, anthropomorphic pitcher, filled with cherry Kool-Aid and marked with a smiley face. He is typically featured answering the call of children by smashing through walls and furnishings, holding a pitcher filled with Kool-Aid while yelling his catch-phrase "Oh, yeah!".

The precursor to Kool-Aid Man, the Pitcher Man, was created on July 10, 1954 by Marvin Potts, an art director for a New York advertising agency hired by General Foods to create an image that would accompany the slogan "A 5-cent package makes two quarts." Inspired by watching his young son draw smiley faces on a frosted window, Potts created the Pitcher Man, a glass pitcher with a wide smile emblazoned on its side and filled with Kool-Aid. It was one of several designs Potts created but the only one that stuck, and General Foods began to use the Pitcher Man in all of its advertisements.

Beginning in 1974, Kool-Aid Man was introduced as a walking/talking 6-foot-tall pitcher of cherry Kool-Aid. Children, parched from playing, or other various activities, would typically exchange a few words referring to their thirst, then put a hand to the side of their mouths and call forth their "friend" by shouting "Hey, Kool-Aid!", whereupon, the Kool-Aid Man would make his grand entrance, breaking through walls, fences, ceilings or furnishings, uttering the famous words "Oh yeah!", then pour the dehydrated youngsters a glass of Kool-Aid from his own supply. Beginning in 1979, in what was seen as a major advance in children's advertising, the character's mouth was animated to "move" in synchronization with the voice actor's singing and/or dialogue.

Time magazine included the Kool-Aid Man on a list of the "Top 10 Creepiest Product Mascots", saying, "Our biggest gripe with Kool-Aid Man: Why did he have to cause such a mess every time he entered the scene?">>

Clare: What are you laughing about? Tell me.

Jerry: Oh all right, this is really dumb, really stupid. (Clare storms out of the room mad!)

Clare: So is it fun humiliating me?

Jerry: No, it’s not you. It’s your stomach, he’s taking with this funny, Clare: So you think I’m fat?

Clare: He is fat!