Douglas Adams, The Restaurant At The End Of The Universe wrote:
<<"The Total Perspective Vortex derives its picture of the whole Universe on the principle of extrapolated matter analyses.

The man who invented the Total Perspective Vortex did so basically in order to annoy his wife. Trin Tragula — for that was his name — was a dreamer, a thinker, a speculative philosopher or, as his wife would have it, an idiot.

And she would nag him incessantly about the utterly inordinate amount of time he spent staring out into space, or mulling over the mechanics of safety pins, or doing spectrographic analyses of pieces of fairy cake. “Have some sense of proportion!” she would say, sometimes as often as thirty-eight times in a single day.

And so he built the Total Perspective Vortex — just to show her.

And into one end he plugged the whole of reality as extrapolated from a piece of fairy cake, and into the other end he plugged his wife: so that when he turned it on she saw in one instant the whole infinity of creation and herself in relation to it. To Trin Tragula’s horror, the shock completely annihilated her brain; but to his satisfaction he realized that he had proved conclusively that if life is going to exist in a Universe of this size, then the one thing it cannot afford to have is a sense of proportion.">>

https://en.wikipedia.org/wiki/Cupcake wrote:
<<A cupcake (British English: fairy cake) is a small cake designed to serve one person, which may be baked in a small thin paper or aluminum cup. As with larger cakes, frosting and other cake decorations such as fruit and candy may be applied. While English fairy cakes vary in size more than American cupcake, they are traditionally smaller and are rarely topped with elaborate frosting. 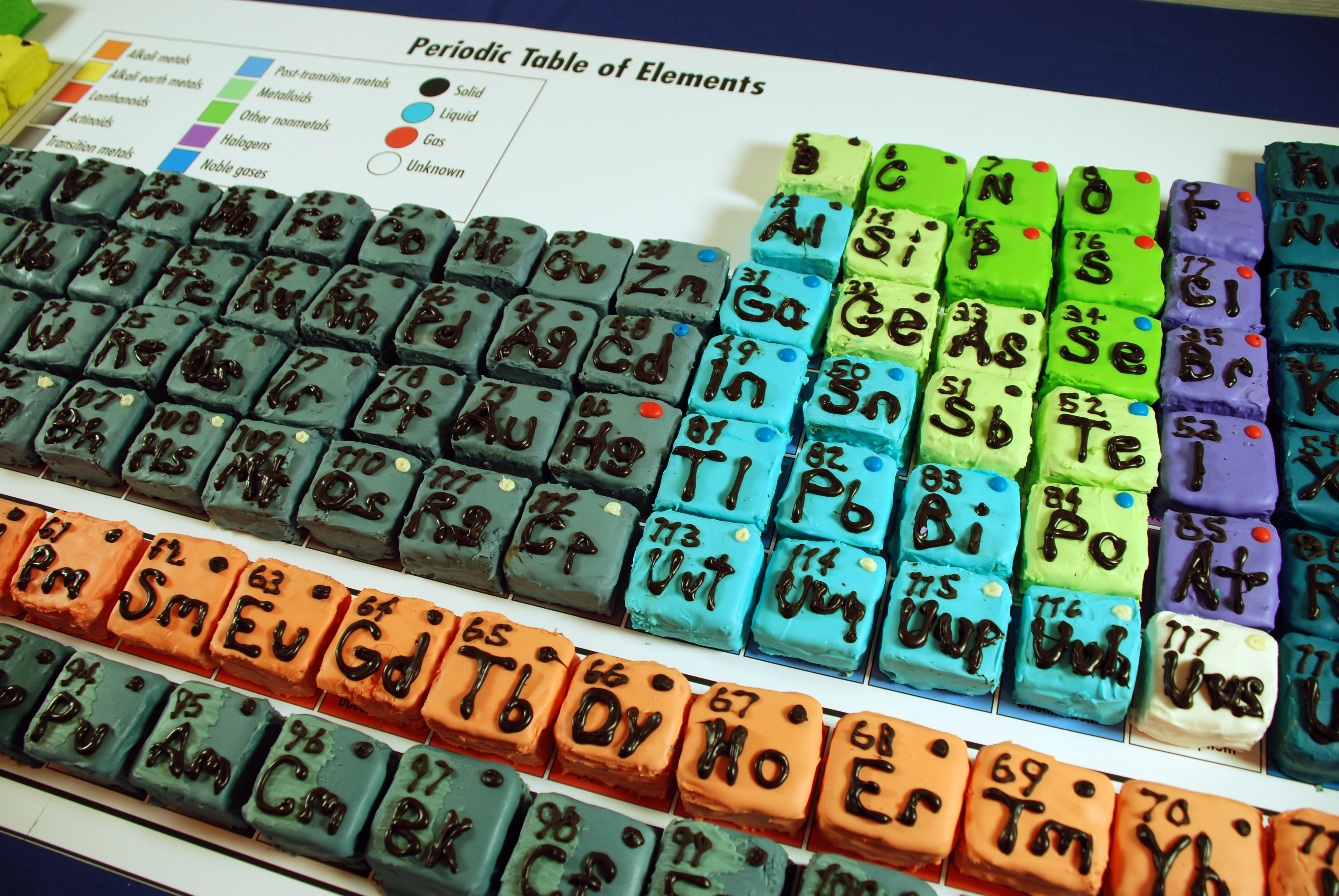 A periodic table of cupcakes is a collection of decorated cupcakes arranged in order to represent the elements of the periodic table. Cupcakes are sometimes flavored and colored and usually frosted with the appropriate atomic number and chemical symbol. The first person to bake and ice a set of cupcakes organized and colored to represent the elements of the periodic table was Ida Freund in 1907. Ida Freund was the first woman to hold a post as a university chemistry lecturer in the UK. She used the cupcakes as a pedagogical tool to engage and amuse her female students at Cambridge University. Based on her original idea, periodic table cupcakes have become a popular way to celebrate chemistry at school bake sales and events aiming to promote public engagement with science.>>