The Tadpole Nebula lies about 12,000 light-years away in the northern constellation of the Charioteer (Auriga). These two relatively dense streamers of material are potential sites of ongoing star formation. These cosmic "tadpole" shapes are about 10 light-years long.

NGC 281 The Pacman Nebula
Copyright: Hermann von Eiff
NGC_281_HvE_Dec_09_2017.jpg
You do not have the required permissions to view the files attached to this post.
Top

METHANE IN JUPITER AND SATURN

Methane (CH4) a gas that in contact with the Earth's atmosphere can have high inflatable power, exists in other planets, source of abiotic products.

In the near infrared at 890 nm. This filter is very interesting because, unlike all the others, it does not reveal information regarding the color differences of the planet, but the relative altitude of the cloud structures!

The brightness of a particular detail is directly correlated with its relative altitude in the Jovian atmosphere: the brighter it is, the higher it is. We observe that the red patches of the planet (GRS, BA) and the south polar cap are the highest structures ... This kind of information is very valuable.

The basic reason that there are gases heavier than hydrogen in the upper atmosphere of Saturn and its anes is that it is hot enough for methane, ammonia, etc. in the atmosphere are gaseous (they do not condense into a liquid) and the atmosphere is well mixed by convection.

What struck me was that no significant amounts of methane were detected on the moons of Saturn, I tried to verify the northern region of Titan, with an intense focus on it, but did not detect significant amount of methane in gaseous form, which was a surprise. Studies have been done on several consecutive nights, I am exposing some of the 1500 images made.

Dark, cold and whipped by supersonic winds, Neptune is the last of the hydrogen and helium gas giants in our solar system. More than 30 times as far from the sun as Earth, the planet takes almost 165 Earth years to orbit our sun. In 2011 Neptune completed its first orbit since its discovery in 1846.

Open Star Clusters M35 and NGC 2158
Jaspal Chadha, LONDON UK
You do not have the required permissions to view the files attached to this post.
Top

IC1805PillarAPOD.jpg
Most know of the "Pillars of Creation,” which is a famous image from the Hubble Space Telescope, but few know of this hidden pillar. What a gem! This “no name” pillar is all alone in the dark shadows of the Heart and Soul Nebula. In between open cluster NGC 1024 and IC 1805, the pillar itself looks like a finger pointing to the wonderful Melotte 15 Nebula at the center of IC 1805.

"Sculpted by the energy of hot young stars, this starforming pillar is one example of a bright rimmed globule or "elephant trunk" structure found in the Heart Nebula. Eventually in the future, the gas in the Heart Nebula will be dispersed by the winds of the central star cluster." By Sakib Rasool

A beautiful, but quite faint object. It needs long Ha exposures to really make it pop out.

Exposure :
Ha : 4h30min
Oiii : 6h40min
RGB : 2h10min
You do not have the required permissions to view the files attached to this post.
Top 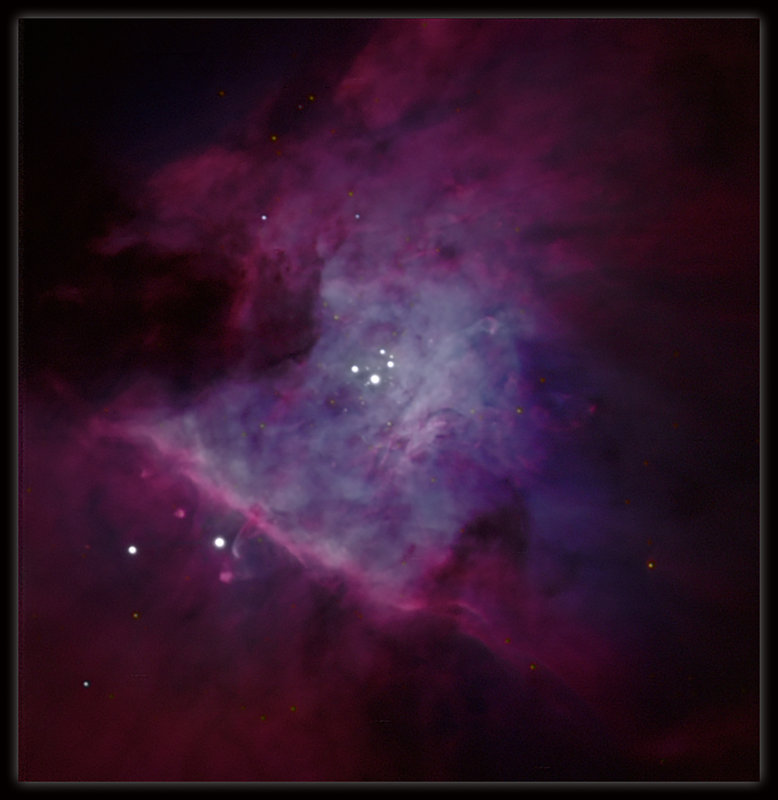 LBN 437 in Lacerta
Copyright Jon Talbot
Web link and higher res image here:
http://www.starscapeimaging.com/page216/index.html
You do not have the required permissions to view the files attached to this post.
Top

Details from the Carina Nebula
URL of website, http://moonrocksastro.com/index.php/201 ... na-nebula/ 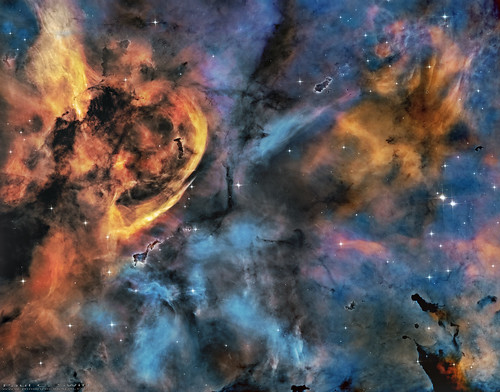 Details from the Carina Nebula by Paul C. Swift, on Flickr

"Thou Shalt Not" by Paul C. Swift, on Flickr
Top

Although this looks like a Christmas ornament, Canopus (Alpha Carinae) is the second brightest star in the night sky and is, arguably, a candidate for the fabled Star of Bethlehem.

A portion of the Eastern Veil Nebula in Cygnus 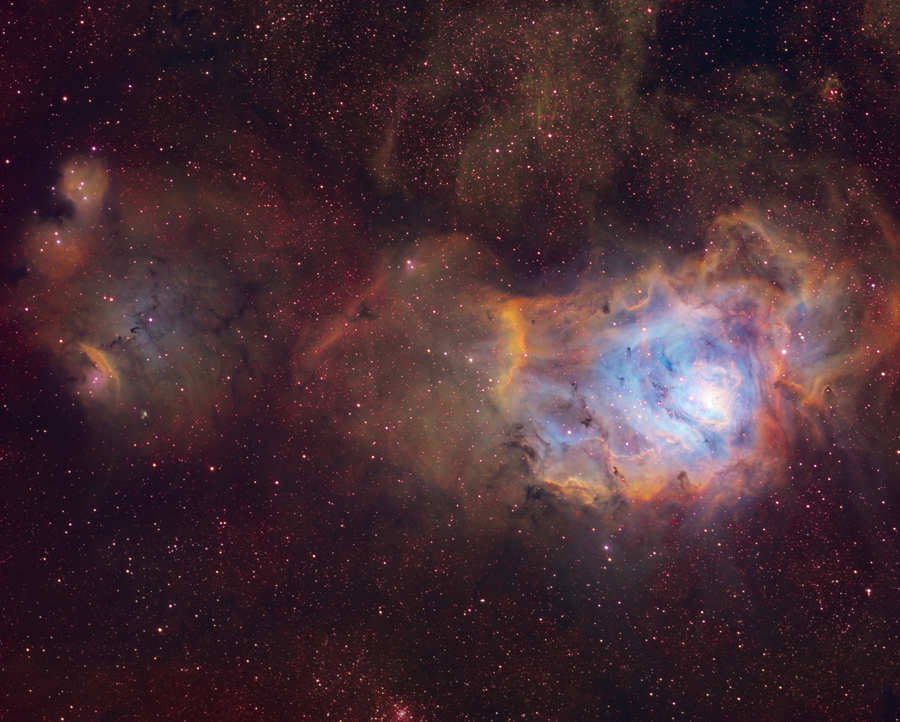 The Heart of The Rosette
http://www.buckeyestargazer.net
Copyright: Joel Short

This image, consisting of HaRGB data over 11hrs, was taken in one night with my dual telescope/camera imaging rig. A CFF250RC (10" RC) took Ha data in 20min subs while a SV80ST (80mm refractor) took separate R, G, B data in 3min subs.

This setup allows me to capture enough data to complete an image in one night, whereas before it would take 2-3 clear nights to capture.
Top 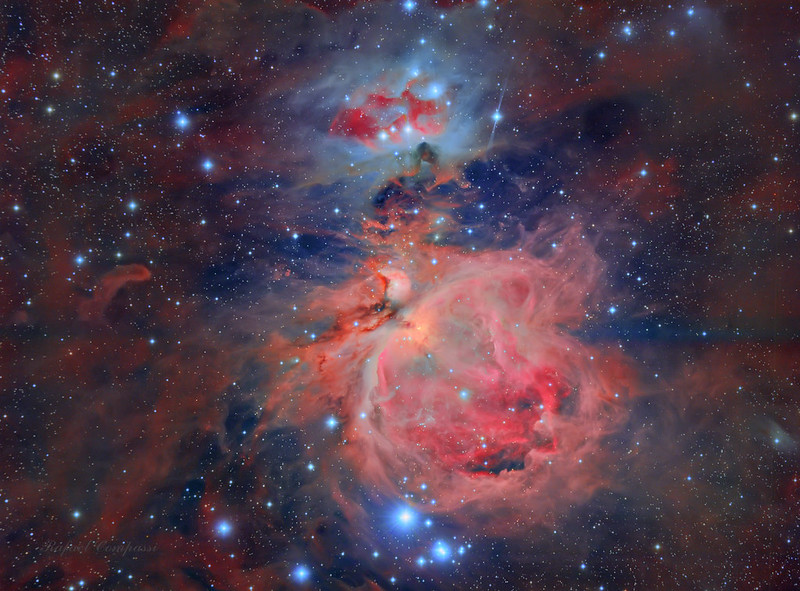 link for high res, https://www.astrobin.com/325642/
You do not have the required permissions to view the files attached to this post.
Top

On the night of 13th December 2017 I decided to travel to Galyatető in the Mátra mountains for capturing the outburst of Geminids meteor shower. Here the elevation is 985 meters (955 + 30 of the tower) that is slightly lower than the height of Kékes (1014m), the highest mountain of Hungary. The Kékes is visible at the rightmost pole on this photo.

The geodetic tower of Galyatető was built in 1934 but at the beginning of the age of GPS these kind of towers became obsolete and uneless. The old building was renovated in 2015 and today it is the highest lookout tower of the country.

I had slightly more than two crystall-clear hours before midnight when the fog layer reached the mountaintop finally. 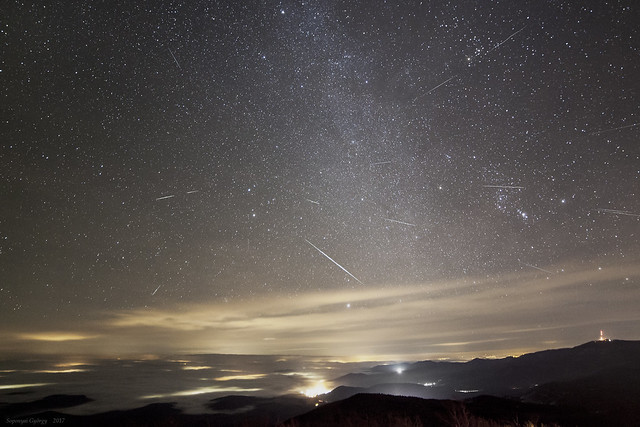 Lloyd Smith
You do not have the required permissions to view the files attached to this post.
Top

About 900 light years away, this faint molecular cloud lies in the constellation Eridanus but it is actually lit up by the brilliant giant blue white star Rigel, the brightest star in Orion and seventh brightest star in the sky. Faint red hydrogen emission also permeates the whole scene. The profile of a witch's face is clearly seen in the cloud, complete with straggly hair, big eye sockets, a hooked nose, open mouth and big chin 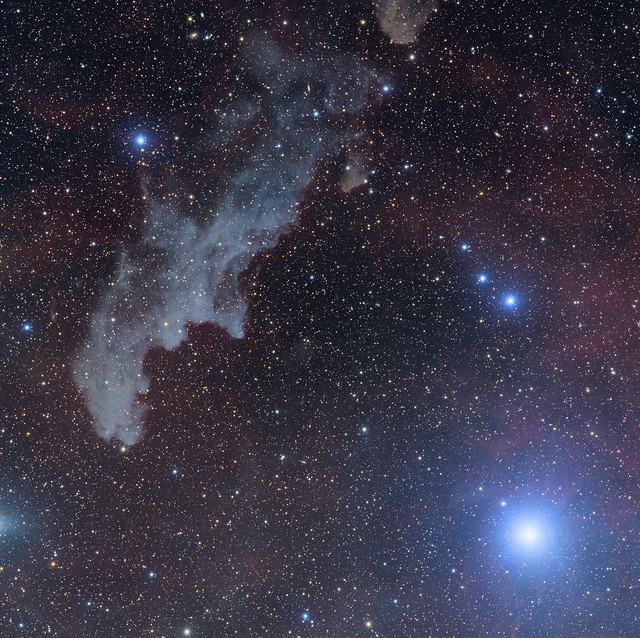