Hubble was just looking at this rock yesterday.

They timed that just about right. When or how would one find the image?

Not sure. It's not quite in MAST, yet. If it's proprietary then it'll be a year. If not... then maybe later today or tomorrow it will show up in the archive.
Just call me "geck" because "zilla" is like a last name.
Top

[img3="Image Credit: NASA, ESA, STScI
Acknowledgment: S. Djorgovski (Caltech) and F. Ferraro (Bologna)"]https://cdn.spacetelescope.org/archives ... w1751a.jpg[/img3][hr][/hr]
It’s beginning to look a lot like Christmas in this NASA/ESA Hubble Space Telescope image of a blizzard of stars, which resembles a swirling storm in a snow globe.

These stars make up the globular cluster Messier 79, located about 40 000 light-years from Earth in the constellation of Lepus (The Hare). Globular clusters are gravitationally bound groupings of up to one million stars. These giant “star globes” contain some of the oldest stars in our galaxy. Messier 79 is no exception; it contains about 150 000 stars, packed into an area measuring just roughly 120 light-years across.

This 11.7-billion-year-old star cluster was first discovered by French astronomer Pierre Méchain in 1780. Méchain reported the finding to his colleague Charles Messier, who included it in his catalogue of non-cometary objects: The Messier Catalogue. About four years later, using a larger telescope than Messier’s, William Herschel was able to resolve the stars in Messier 79 and described it as a “globular star cluster.”

In this sparkling Hubble image, Sun-like stars appear yellow-white and the reddish stars are bright giants that are in the final stages of their lives. Most of the blue stars sprinkled throughout the cluster are aging “helium-burning” stars, which have exhausted their hydrogen fuel and are now fusing helium in their cores.


http://asterisk.apod.com/viewtopic.php?p=277908#p277908
Know the quiet place within your heart and touch the rainbow of possibility; be
alive to the gentle breeze of communication, and please stop being such a jerk. — Garrison Keillor
Top

IC 1613
https://www.eso.org/public/news/eso1603/
Copyright: ESO
Acknowledgement: VST/Omegacam Local Group Survey
eso1603.jpg
You do not have the required permissions to view the files attached to this post.
Top 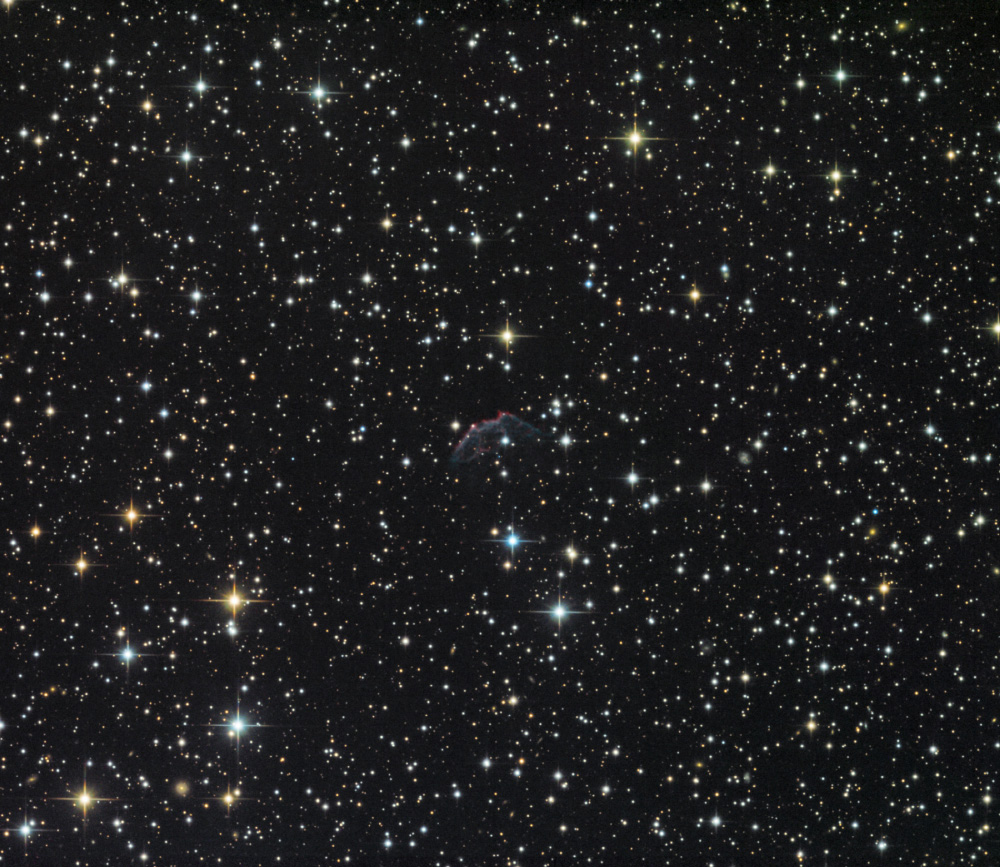 IC 1276
http://www.astrophoton.com/IC1276.htm
Copyright: CEDIC
Processing: Bernhard Hubl
IC1276.jpg
You do not have the required permissions to view the files attached to this post.
Top

IC 10
http://www.karelteuwen.be/photo_page.ph ... 2&album=14
Copyright: Karel Teuwen
IC10.jpg
You do not have the required permissions to view the files attached to this post.
Top 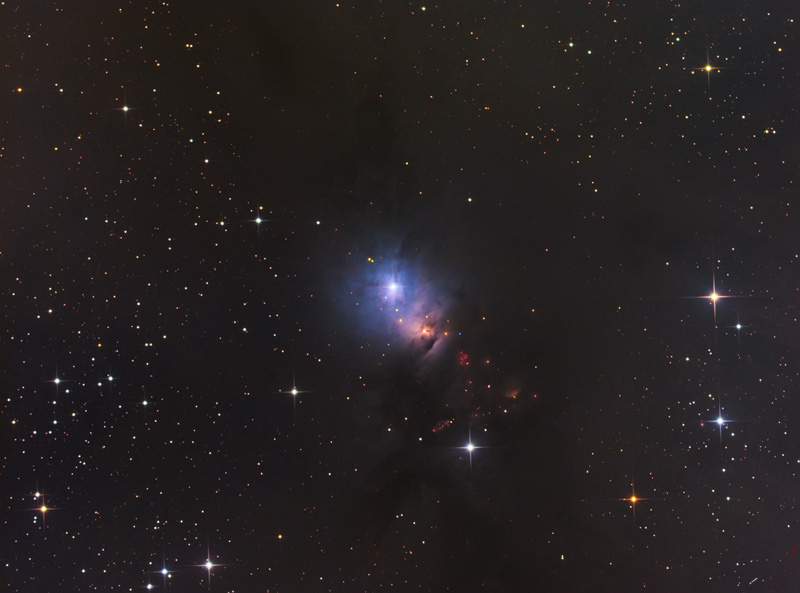 HFG 1 and Abell 6
http://www.pbase.com/dsantiago/image/164236118
Copyright: Derek Santiago
164236118.HgjAJKxR.jpg
HFG 1 is the large planetary nebula near the top while Abell 6 is the one near the centre.
You do not have the required permissions to view the files attached to this post.
Top 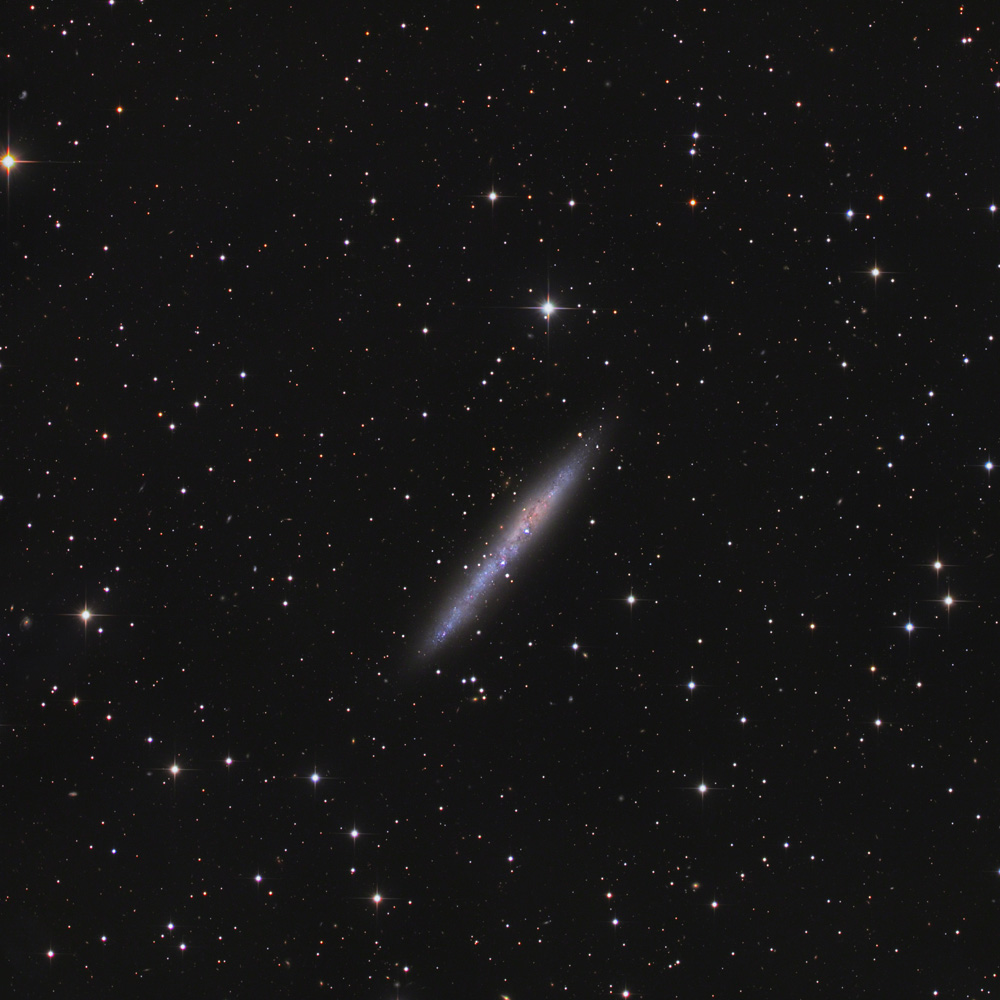 vdB126 and LDN 778
http://afesan.es/Deepspace/slides/LDN%2 ... blish.html
Copyright: Antonio Sánchez
LDN778.jpg
vdB126 is the reflection nebula on the right and LDN 778 is the dark nebula on the left.
You do not have the required permissions to view the files attached to this post.
Top

[c][imghover=https://cdn.spacetelescope.org/archives ... w1752b.jpg]https://cdn.spacetelescope.org/archives ... w1752a.jpg[/imghover]Credit: ESO, ESA/Hubble & NASA[/c][hr][/hr]
This image shows something spectacular: a galaxy cluster so massive that it is warping the space around it! The cluster, whose heart is at the centre of the frame, is named RCS2 J2327, and is one of the most massive clusters known as its distance or beyond.

Massive objects such as RCS2 J2327 have such a strong influence on their surroundings that they actually warp the space around them — this effect is known as gravitational lensing, and can cause light from more distant objects to be bent, distorted, and amplified, allowing us to see galaxies that would otherwise be far too distant for us to detect. Gravitational lensing is one of the predictions of Albert Einstein's General Theory of Relativity and can be observed in three different regimes: strong lensing, weak lensing, and microlensing. Unlike strong lensing, which produces stunning images of distorted galaxies, sweeping arcs, and phenomena known as Einstein rings, weak gravitational lensing is mostly studied statistically — but offers a way to measure the masses of cosmic objects, as shown here.

This image is a composite of observations from the HAWK-I instrument on ESO’s Very Large Telescope and the NASA/ESA Hubble Space Telescope’s Advanced Camera for Surveys, and demonstrates an impressively detailed collaborative approach to studying weak lensing in the cosmos. The study found RCS2 J2327 to contain the mass of two quadrillion Suns!

The diffuse blue and white image is a mass map, showing the amount of mass thought to be contained within each part of the cluster. The creation of the map was only possible due to the exact measurements on the amount of gravitational lensing in the different areas of the cluster.

IC 1318
http://www.astrosurf.com/ilizaso/orriak ... Q_U16m.htm
Copyright: Iñaki Lizaso
IC1318.jpg
You do not have the required permissions to view the files attached to this post.
Top

IC 4996
http://www.capella-observatory.com/Imag ... IC4996.htm
Copyright: Stefan Binnewies and Josef Pöpsel
IC4996.jpg
You do not have the required permissions to view the files attached to this post.
Top

Great colors in this image!

Omega Centauri is an off-white globular fluff ball. Centaurus A is a pale yellow elliptical galaxy in the process of colliding with a small dusty spiral. NGC 4945 is an even dustier galaxy, a yellow-looking spiral galaxy. Note the three blue stars surrounding NGC 4945, two of which belong to the Sco-Cen association of B-type stars at a distance of about 400 light-years.

The off-white color of Omega Centauri testifies to the very metal-poor nature of this ancient great globular, which counts both red giants and blue horizontal branch stars among its members. The pale yellow color of Cen A is due to the somewhat younger age, very metal-rich nature and cool temperatures of most of its constituent stars. The yellow color of NGC 4945 is mostly due to a lot of self-reddening, since this is a dust-choked starburst galaxy with an active central black hole. The surrounding blue stars are blue because they are moderately unreddened B-type stars, of course!