Title: "Once in a Blue Moon"

Shortly after moon rise on the 31st Jan with the moon at 100% I finally manage my first capture of an ISS transit.

Technical details: 110 frames from a Canon 6D video on a 90mm refractor with a 900mm focal length. The frames have been composited with two other frames taken just after the transit to show the whole Moon.

The transit ocured at 18h26m09s GMT on 31st January and was observed from a village football pitch in West Sussex, Southern England (UK). The ISS only subtended 19 arc seconds from the observation site so it appears quite small but as a result the transit took around 4 seconds.

I had a second camera with a crop sensor on a 1000mm lens, but CalSky was around 4 seconds late with its timing and so unfortunately I missed any high resolution shots. 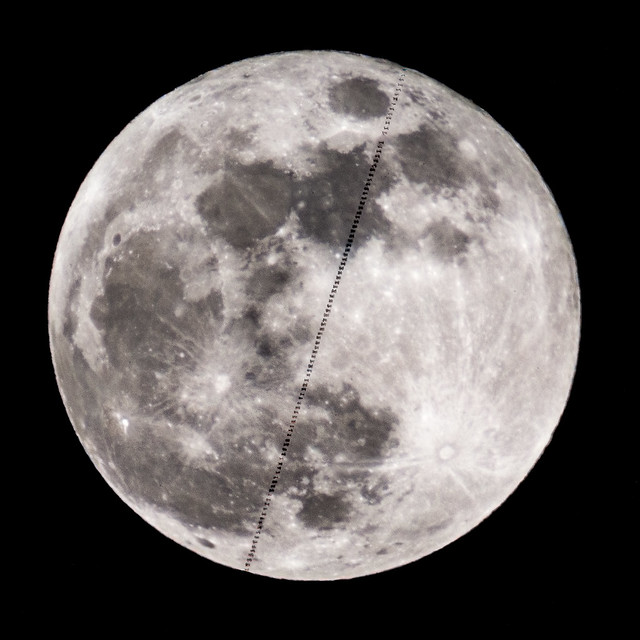